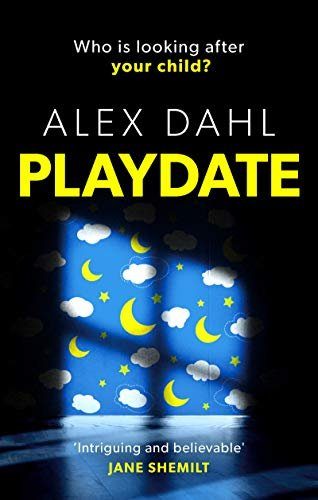 Alex Dahl is a new addition to the ever-growing category of proficient Norwegian crime fiction and her previous two psychological thrillers, The Boy At the Door and The Heart Keeper (for my full review click here), have won both the readers attention and critical acclaim. In her third book, Playdate, she follows the same pattern, as far as plotline and narrative style are concerned, and delivers a splendid, exhilarating crime/thriller that can be deemed her best book so far. The novel revolves around a case of kidnapping that sends the parents into a journey of self-exploration which will change them forever after. Even though one can claim that the storyline is rather common and -perhaps- over-used in many novels of the genre, what sets Playdate apart is the author's idiosyncratic writing style that aspires to delve deep in the protagonists' soul and inner thoughts and finally succeeds. I found the main characters to be compelling and three-dimensional while the plot is rich and keeps the reader glued on his seat, eager to turn the pages to see what happens next in, what is essentially a tragic story. The novel's pacing is even, nevertheless, the story picks up pace after the first third and builds the tension until the final pages where everything is resolved. The setting is Sandefjord a small town in Vestfold in Norway as it was in Dahl's first two books.

Elisa Blix is a young mother of two little kids, Lyden and Lucia, while she works as a stewardess in Nordic Lines. She leads a fairly ordinary life but everything turns upside down when she meets a woman named Line and her little daughter, Josephine. Line will convince Elisa to let Lucia come to a playdate with Josephine and stay the night in their house. Elisa will reluctantly agree and soon she will realize that this was, perhaps, the biggest mistake of her life. The day after, Lucia will disappear and Elisa, along with her husband, Frederik will have to face the unthinkable. Their precious daughter is kidnapped and taken somewhere far away by some truly nefarious, vicious people connected to an Eastern European child trafficking network. The Norwegian police, not used to such criminal cases in their quiet, peaceful country, will launch an enormous manhunt to find little Lucia. Elisa and Frederik quickly grasp that they will have to face their troublesome past, which is filled with secrets, and reveal everything to the authorities to have a chance in locating their offspring.

The author adopts the multiple perspective narrative, as we are watching the unraveling of the plot through the eyes of the main characters and the villains as well. The twists and turns are well-placed, plausible and efficient and the reader never feels tired or bored with the book's plot evolution. In a way, Dahl's writing style and characterization are reminiscent of another great Norwegian female crime author, Karin Fossum. Fossum has written many novels set in rural Norway, focusing on the characters' psychological state and thought process rather than relying on intricate plotlines or exhilarating action sequences. Her Konrad Sejer series is full of soul-searching expeditions and introspection for her protagonists and Alex Dahl seems to follow her tradition. There are some great psychological insights and observations on human life and nature scattered in the text. It was refreshing to read such a crime novel and I can sincerely admit that I am an Alex Dahl fan. I will keep my eyes open for her next writing attempts in the future.

I want to thank NetGalley and Head of Zeus publishing for providing a free ARC of this title.