"Look through cocaine and you see the world".

What a spectacular show... ZeroZeroZero is based on the titular novel written by the Italian mafia expert, Roberto Saviano, who is the author of the notorious Gomorra which was adapted to a feature film in 2008 and exposed the ruthless lifestyle of the Neapolitan gangsters of Camorra (you can read my relevant article here). Saviano is a profound connoisseur of the inner workings of Mafia around the world and in ZeroZeroZero he portrays, in gritty and realistic terms, the truth about the cocaine trafficking and kingpins in Europe, United States and Mexico. Saviano is well-known for his inclination to portray organized crime as it is, never glamorizing the gangsters and their lifestyle as many American movies do. The same applies to ZeroZeroZero which is a truly violent TV series, though not in the Hollywood style where the gangsters murder people with no consequences, and the killings are portrayed in a manner that is meant to entertain the audience. The show depicts violence in a naturalistic, disturbing way that sends shivers to the viewers and make them comprehend the true nature of the Mafiosi way of life.

The show, which is an Amazon original production, is shot in various cities around the globe like Calabria (Italy), New Orleans, and Monterrey (Mexico). In each different setting, the audience is introduced to some of the most fleshed-out and fully-realized characters that we've ever seen on television. The characterization is so well-crafted that we immediately feel a proximity to the protagonists even if they are not particularly likable individuals. Keep in mind that in the epicenter of the show's plot is a massive cocaine shipment of 5 tons destined to travel from Mexico to Italy, so all the characters are more or less involved in large-scale narcotics trafficking. Nevertheless, it is how the characters in the show slowly develop through the course of the eight episodes that captivates the viewer's attention and even makes him identify at least with many of the protagonists' decisions. For example, we empathize with the weak and frail Chris who attempts to take a bold step and fill his father's shoes, and we mourn for his demise in the seventh episode. Or we can even comprehend the atrocious acts committed by Manuel when we are also exposed to his human side that refuses to abandon the girlfriend of a comrade who himself had murdered. In ZeroZeroZero there is no clear distinction between the good and the bad characters and that's what makes the series feel so real to the audience.

The seller is a Mexican cartel controlled by the Leyra family and the buyer is an aging Italian mafia patriarch, Don Minu La Piana (Adriano Chiaramida), a boss of the notorious Ndrangheta who faces major challenges as his own family is conspiring against him. The brokers that stand in-between the Mexican and Italian mafia is the Lynwood family, an American family owning ships that transfer the product in the international seas. In the first episode, we meet the father, Edward, played by the popular American actor Gabriel Byrne, and his two offsprings, Emma (Andrea Riseborough) and Chris (Dane DeHaan). Emma is chosen by her father as his successor in the shady family business but when Edwards gets shot and dies at the end of episode 1, both siblings will step up to keep the money flowing in their direction. In the Mexican front we watch as Manuel (Harold Torres), an ambitious special forces trooper, gradually climbs the ladder of hierarchy and along with his military comrades threaten the Leyras reign in cocaine trafficking. From then on the plot becomes more and more complicated and each chapter has many twists in store for the audience. The creators focus on one of the three main sets of characters on each episode and it is not until the final one that all these plotlines intertwine and result in a bloody, brutal conclusion. That may confuse some of the viewers who may perhaps get a disjointed feeling from the show's overall structure, but be sure that you will fully be compensated in the final two episodes and the series' resolution.

Another aspect that makes this show stand out is its brilliant narrative structure. The director(s) often show to the audience the final scene of the episode in the beginning and then moves backward, revealing the events that led to it. That adds to the overall dramatic effect of the show and makes binge-watching irresistible. The acting is terrific and apart from some well-known thespians such as Gabriel Byrne and Tchéky Karyo, we witness some really memorable performances, especially from Andrea Riseborough, who truly nails her role and is a treat to watch her gradual transformation from a reluctant, semi-frightened young woman in the beginning of the show to a vicious, ruthless drug kingpin in the end. I would also like to point out Harold Torres's measured interpretation of a rather complicated character, Manuel, and I feel that we will soon watch more from him in both cinema and television.

Be warned: this is not your typical narco-mafia show that I described in the introduction of my review. If you expect a cliched storyline with cardboard gangster characters and predictable plot, you will be thoroughly disappointed. It would be of great help to watch Gomorra, or Piranhas (another R. Saviano's book that was made into a movie) first in order to comprehend the broader scope of Roberto Saviano's work and then dive into the gruesome universe of ZeroZeroZero. I think that this is a show that will appeal more to the European audiences, though perhaps I'm prejudiced against the majority of American cinema and television productions, and will fully satisfy all those who wish for a credible representation of the gloomy organized crime world.

And a final note: The great soundtrack of the series is composed by the legendary Scottish post-rock band Mogwai. The album was released on 1 May 2020 on Rock Action Records. It is atmospheric, mesmerizing and a perfect fit for the mood of the show. (for the main theme: Mogwai- Visit Me) 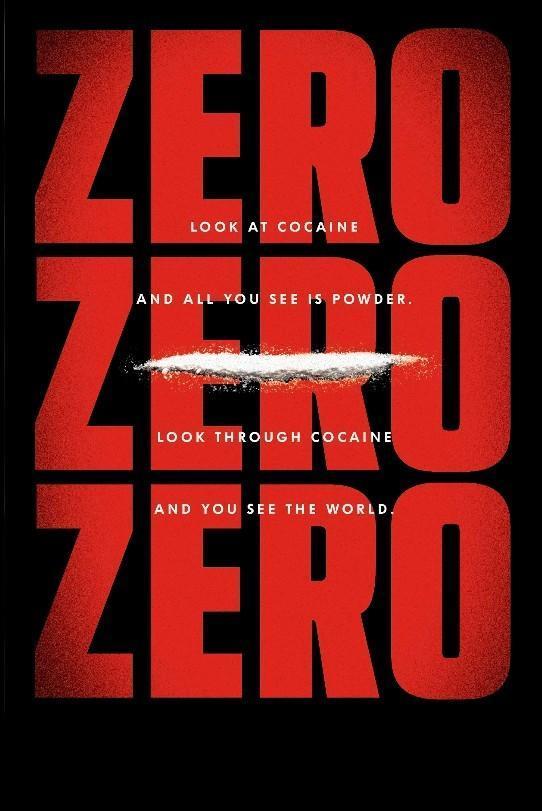