This is a show exploring the lengths a father will go to protect his offspring who gets involved in a fatal car accident and abandons the victim to die helpless and alone. Bryan Cranston, widely known for his role as Walter White a.k.a. Heisenberg in the notorious Breaking Bad television series, leads the cast as Michael Desiato, a New Orleans judge who is forced to put aside his most fundamental principles in order to prevent his only son's incarceration and humiliation. Your Honor is an ambitious project that aspires to raise some crucial questions about familial obligation, the nature of justice, the priorities of a family man, and the devastating consequences of a single moment of absentmindedness. The initial accident and the unwillingness of Michael's son, Adam, to assume responsibility for his action fuel a gang war between two of the most merciless crews in the whole city, resulting in several casualties of, more or less, innocent people.

Michael is the archetypal tragic hero who puts his family above everything else, even if that means betraying his ethics and doing things that will put himself in grave danger. During the first season's ten episodes, the audience witnesses the fall of a man who firmly believes in the power of justice and his development into a completely different person who is willing to conspire with some of the most ruthless local gangsters. Cranston gives, once again, a fabulous performance as Michael and his unique acting skills shine as the plot evolves and his character dives deeper into the abyss created by his lies and frantic attempts to save Adam's life. The supporting cast is equally engrossing with Michael Stuhlbarg (A Serious Man, Fargo, Boardwalk Empire), Hope Davis (American Splendor, About Schmidt, Synecdoche, New York) and Carmen Ejogo (True Detective, Selma) all doing a splendid job in their portrayal of the secondary characters.

The first episode begins with Adam (Hunter Doohan), a 17-year-old student, driving in a rather shady New Orleans neighborhood where gangs thrive. As he is trying to drive away to get home, he suffers an asthma attack and, while he is busy searching for his inhaler, he hits a motorcycle which another teenager is driving. The forceful crash sends the motorcycle driver on the edge of the pavement where he dies after some agonizing moments during which he struggles to take breath and tries not to choke on his own blood. In a panic, Adam flees the scene and returns home to find his father waiting for him. Adam confesses to Michael and the judge swears to his son that he will do everything in his power to keep him safe. Michael's wife and Adam's mother had been murdered over a year earlier, so they are all alone in the world.

They decide to notify the authorities about the accident but as Michael enters the police station to give his testimony, he sees the parents of the victim hugging in the corridor, plagued by grief. Immediately, Michael recognizes the father as Jimmy Baxter (M. Stuhlbarg), the head of one of the most vicious organized crime families in New Orleans. He knows that Baxter will kill whoever was involved in his son's hit and run, so he regrets his initial decision and chooses to ask for the help of his closest friend and mayoral candidate, Charlie (Isiah Whitlock Jr), to destroy any evidence pointing to his son's guilt. The most important thing is to get the car out of the equation, so Michael and his friend agree to crush the car in a scrapyard. Unfortunately, things don't go as planned and the young black man, Kofi (Lamar Johnson), who is supposed to get rid of the car gets arrested by the police.

The show's backdrop is the city of New Orleans, a place crawling with corrupt cops and politicians who get involved in various schemes and use their power in order to conceal their wrongdoings. The plot is slow-paced as the focus is mainly on the characters and their reactions to the cataclysmic events that follow the initial accident. The main flaw of the series is that there is an implausibility concerning the behavior of some of the main characters, especially that of Adam's who seems to act in an impulsive, erratic manner which often makes no sense to the viewers. Apart from that, Your Honor features a story that balances fine between crime/thriller, family drama, and courtroom drama, while it should be noted that the last episode of the season is directed by Bryan Cranston himself who does a terrific job in bringing closure to the story through a sad and highly ironic finale.

To sum up, this is a show that is easy to watch and features some top-notch performances from the majority of the cast. The only exception would be Hunter Doohan, even though it is perhaps his role that is badly written rather than his acting. If one can overlook some obvious plot holes that, nevertheless, aren't enough to blemish the overall picture, Your Honor is a show that deserves the audiences' attention and the ending of the first season suggests that perhaps we will have the opportunity to watch a second one soon. Fans of Bryan Cranston and lovers of courtroom dramas shouldn't miss this production, while all those who invest themselves in family dramas exploring the father-son relationship will not be disappointed. 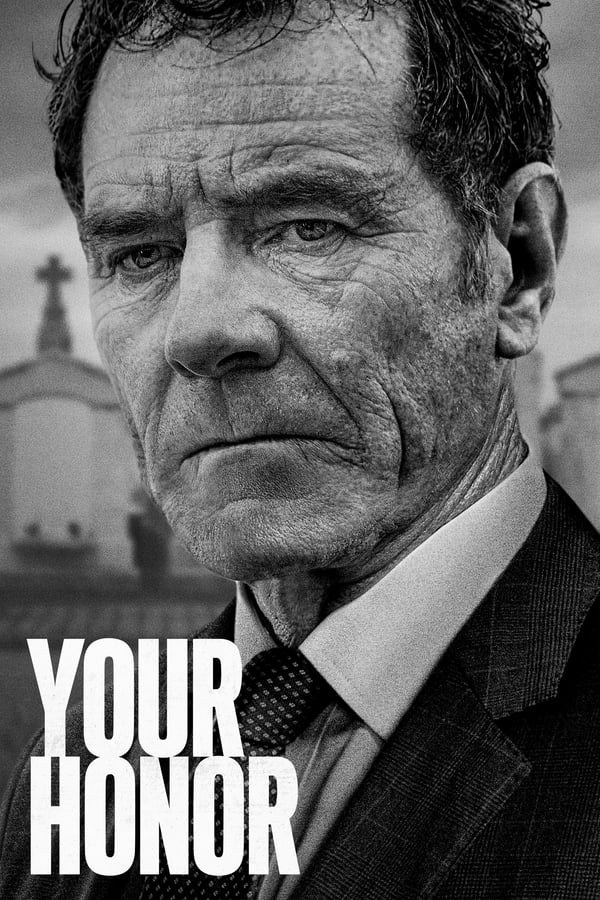