A letdown for all the loyal fans of Henning Mankell's notorious detective.

Young Wallander is a kind of innovative experiment as it narrates detective Kurt Wallander's first homicide case long before the events told in the novels. The character of Wallander is supposed to be based on Mankell's eccentric creation which won the readers throughout the globe, though there are barely any traits reminiscent of the original hero in Adam Pålsson's character. It should be mentioned that there are three versions of Wallander shot for the small screen, the first with Rolf Lassgård as Kurt, the second, and perhaps most popular of the three, with Krister Henriksson as the protagonist and finally the English version with Kenneth Branagh. I have to admit that I am a fan of the Swedish adaptation with Krister Henriksson in the role of Wallander, though I should add that Rolf Lassgård's portrayal of the somber policeman is worthy of a special mention. Adam Pålsson is a dubious casting choice for the role of the protagonist and by that, I don't mean that he is a bad actor, I've enjoyed his performances in the iconic third season of The Bridge and the more recent gangster TV series, Before We Die. Nevertheless, perhaps due to his young age, he lacks the necessary depth to play a difficult, quirky protagonist and his overall performance seems to be a mere repetition of his previous roles in other Swedish television series. It is a weak performance and unworthy of the legendary status of the fictional character of Kurt Wallander. The only thing that reminds us of Mankell's protagonist is Pålsson listening to opera in his car and other minor details that are only secondary in properly outlining the character, respectful of the original source.

Apart from that I was shocked to realize that the show was shot in the English language. Wallander is a pure Swede, living in the quiet countryside of Ystad, in the southern part of Sweden but young Wallander is living in the tough neighborhoods of Malmö where illegal immigration and racial tensions beset the authorities. The use of the English language is a major drawback as it removes an essential component from the mix and as a result, it makes the viewer who has read the books and watched the previous television adaptations feel alienated. The sense of locality is heavily undermined as no one can imagine people in Malmö talking in English instead of Swedish. Besides, the show was shot in Vilnius, Lithuania. In the first episode, we are introduced to Pålsson's version of young Wallander who is a regular rookie police officer who aspires to work for the major crime unit, dealing with the most serious offenses such as murders, etc. When a tragic event happens near his house, Wallander will be drawn to a complex investigation that involves immigrants, far-right organizations, people in high places that seem to be reluctant to share any knowledge about the case, and a young woman who works in the immigrant asylum that will probably become his girlfriend. The story is not especially compelling or something that the seasoned Nordic noir fans are not familiar with, nevertheless, it manages to keep the audience's attention. On the plus side, the first season has only 6 episodes so there is hardly any room for anything superfluous.

The producers of the show made an attempt at social realism, mainly due to the plot revolving around a profoundly controversial theme such as illegal immigration in European countries, but this is not enough. The fact that the setting of the series is one of Malmö's most hardcore areas is not sufficient to claim that this is a realism-oriented production. What is absent from the show is the subtlety in scriptwriting that would allow the series to be considered as realistic. The overall impression I got from Young Wallander is that it is a show created in haste and the production team should be more careful and deferential when they endeavor to do something so risky as shooting a TV show based on the most emblematic character in Scandinavian crime fiction. If you are a Henning Mankell's loyal reader and admirer, then you better skip this one, but if you are in for an entertaining crime series without further demands, then perhaps you could give it a chance. 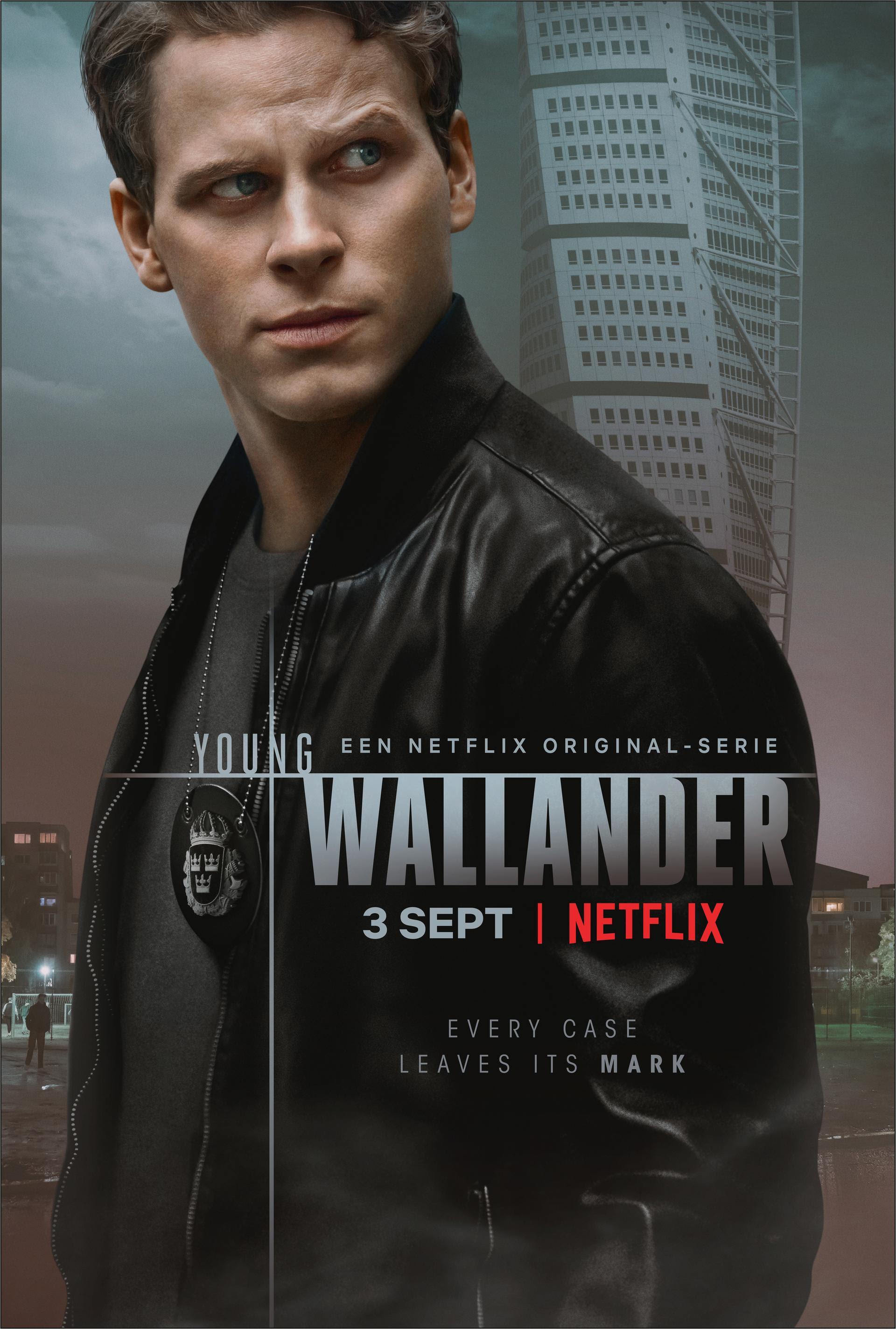