The harsh reality of senseless violence.

Italy is a country with a long history in exceptional filmmaking and has gave birth to numerous noteworthy directors whose movies still manage to inspire and affect the audiences. During the last few years several Italian crime/thrillers won critical acclaim and started to build a new tradition which consists of spine-tingling mysteries embroidered with outstanding performances and complex scripts. Donato Carrisi's The Girl in the Fog and the bizarre Into the Labyrinth are two of the brightest examples of this new wave, even though there are more significant attempts on creating realistic crime films such as the classic Gomorrah and the somber Black Souls. We should always keep in mind that Italy thrives on the crime fiction genre both in literature and cinema and has to present many outstanding crime writers such as Andrea Camilleri and Luca D' Andrea.

Yara is a rather straightforward police procedural based on a true story and the audience follows step-by-step the investigation of the disappearance of a 13-year-old girl, Yara, who goes missing without a trace. The sole protagonist of the film is Letizia Ruggeri, a young female prosecutor put in charge of the inquiry, who becomes obsessed with finding the truth. Her persistence and strong headedness put her in a collision course with the local media and the top brass and there are many times where it seems that she is losing control of the case. Nevertheless, her determination pays dividends in the end as she achieves her goal of putting the man responsible for Yara's tragic fate behind bars.

The story is simple and the fast editing accelerates the tempo in which the plot unfolds while the director, Marco Tullio Giordana, wants to portray as accurately as possible the painstaking process by which the perpetrator is finally pinpointed and arrested. Letizia is the person who leads and coordinates a team that consists of simple policemen and forensic technicians, while she strives to convince her superiors of the importance of the case and get them to funnel the necessary funds for the investigation to be completed. Giordana seems to prefer short-length scenes and he subtracts anything that may be considered as superficial in both the dialogue and the plot.

Yara is a tight-knit crime film that succeeds in entertaining the audience despite the heavy themes featured in the story. Things become even harder when one thinks that this is a true story and that a kid met with such a horrible fate in the real world. The setting is the city of Bergamo in northern Italy and the director points out the enormous pressure applied by the local small community and the press to all those responsible for apprehending the guilty party. Journalists, politicians, and high-ranking police officers all swirl around the case, speculating and accusing Letizia and her team as the time goes by without any developments. Thus, we empathize all the more with the protagonist who has to overcome all those overwhelming hardships in order to close the case.

Overall, I would say that this is one of the most decent Italian productions aired currently by Netflix and it is worthy of your attention. For those who think that the subject matter is too much for a relaxed watch, you should know that the film doesn't dwell on gory details or vivid description of the crime, but rather focuses on Letizia's struggle to get to the bottom of the matter against all odds. The finale provides redemption and closure so there is perhaps a glimmer of hope even in this disturbing story. Fans of true crime will greatly appreciate Yara and they are bound to make their own research on the event after watching the film. It is also recommended to the viewers who enjoy strictly-defined police procedurals illustrating the realities of the judicial system. It's a short film and you can definitely devote 90 minutes of your life to this Italian production. 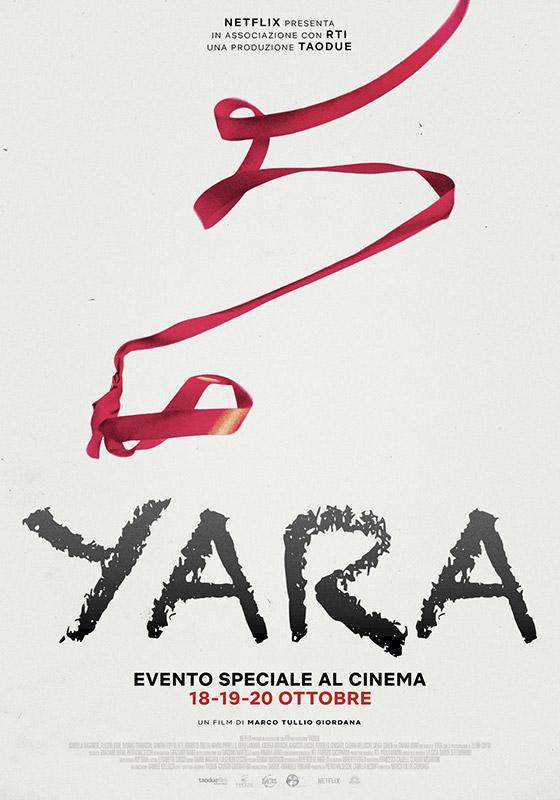