The final chapter in the "Dark Iceland" saga. 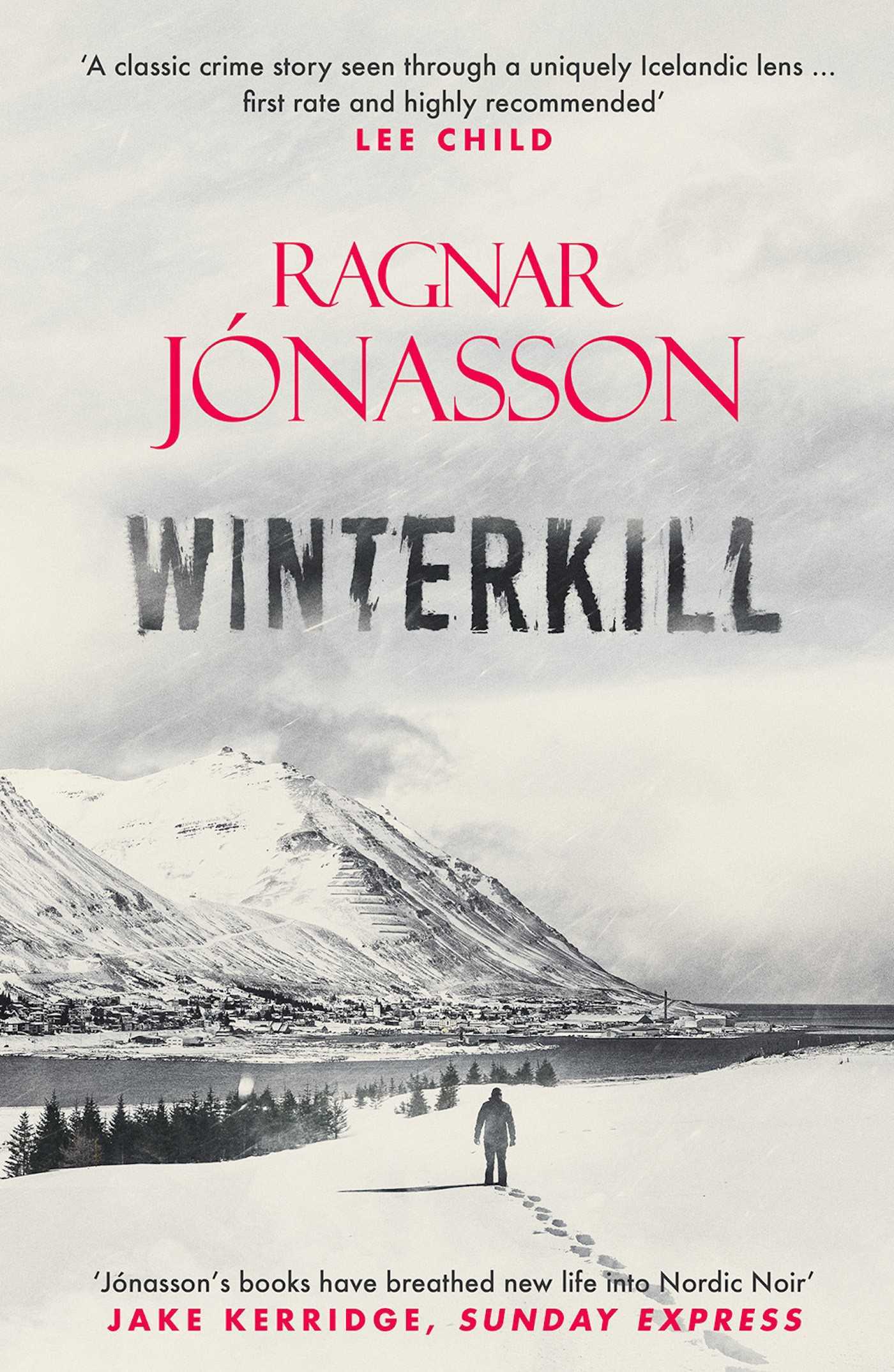 This is the sixth and final installment in the much-acclaimed "Dark Iceland" novel series, written by one of the finest Icelandic crime writers, Ragnar Jónasson. I've read and greatly enjoyed all the books in the series and I think that Snowblind (#1), Rupture (#3), and Nightblind (#5) were all excellent crime stories based on a strong sense of location and simple, straightforward plotlines, narrated in plain prose which conveys a claustrophobic feeling to the reader and gradually builds the tension that reaches its climax in the final pages where all the questions find their respective answers. The setting is always the same, the small town of Siglufjörður in the northernmost part of the country wherein winter the nights are endless, while during the summer the sun never sets. Winterkill takes place during the Easter holidays which means that the characters are living in constant daylight making it hard for them to get a moment of rest. Ari Thór Arason, who is once again the main protagonist of the story, is now a Police Inspector and officer in charge in the small police station of Siglufjörður. Seven years have passed since Ari Thór moved from Reykjavik to the northern Icelandic town and he now feels that he has settled well there. His ex-boss and mentor, Tomas, has returned to Reykjavik to work there and Ari feels perhaps a bit lonely as his younger subordinates don't seem to have the inclination to befriend him. Life in Siglufjörður is quiet and quite uneventful as the cases that Ari has to deal with mainly have to do with drunken brawls and possession of illegal substances by some rebellious teenagers. In Winterkill, Ari looks into his first case of homicide as an officer in charge and his inexperience weighs heavy on him. Nevertheless, his determination is absolute and he will eventually do whatever it takes to get to the bottom of the case.

Ari's peaceful existence is disrupted when one night he is notified of a suspicious death that took place near his house. He gets dressed quickly and walks to the crime scene where he sees a teenage girl, Unnur, lying on the ground, dead. It seems that the girl has jumped from the balcony of the nearby residence, an open and shut case of suicide, but Ari is aware of the fact that first impressions aren't always the right ones and decides to dig deeper. Even though foul play seems to be initially out of the question, Ari's interrogations will soon shake his fundamental assumptions about Unnur's case as he suspects that some of the people closest to Unnur are keeping secrets from him. His investigation will get further complicated when a semi-senile elderly man who resides at a nursing home in town scribbles three words in the wall of his room: "She was murdered". The victim's mother and closest relatives are eager to describing Unnur in the most favorable of lights and insist on the fact that it's not possible she would commit suicide as she was a stark, bold girl who had no obvious reason for doing so. When Ari checks out the deceased girl's personal stuff, he finds some vague leads that could possibly advance his investigation.

At the same time, Ari's ex-girlfriend, Kristine and their son, Stefnir are visiting Siglufjörður to spend some quality time with him during the Easter Weekend. Ari is keen on seeing his three-year-old son again as Kristine and Stefnir are now living permanently in Sweden where Kristine is studying. Even though the relationship between Ari and Kristine used to be tense and with a lot of arguing due to Ari's austere work ethic, today the two of them seem to be on good terms for the sake of little Stefnir. Nevertheless, Ari's feelings will get more mixed up when an old flame, a young woman named Ugla, contacts him again and rekindles some long gone emotions that remained deeply hidden in Ari's heart. In Winterkill, the personal element is strongly present, perhaps because this is the conclusive chapter in the series, and Jónasson wants to offer a dignified ending to his protagonist. Thus, even though the plot is not one of the most intricate in the "Dark Iceland" saga, this book should be read due to its historical value as it signifies the ending of a splendid series and a carefully-outlined protagonist.

I believe that the readers who are familiar with the previous novels in the series will not get disappointed by Winterkill as it retains the trademarks that made this saga one of the most beloved ones for the readership around the world: the isolated mood and feeling that is created by the consistent descriptions of Siglufjörður, the detailed depiction of the procedure that the police follows in order to solve a tough case, and the fast pace in which the story unfolds mainly through Ari's perspective. This is a short length book, less than 300 pages in total, and it can be read in just one or two sittings. It's always nice to read novels originating from the land of fire and ice and Ragnar Jónasson is one of the most significant representatives of the ever-growing list of remarkable Icelandic crime fiction authors along with Arnaldur Indridason, Yrsa Sigurdardottir, Viktor Arnar Ingolfsson, and Lilja Sigurdardottir. You should bear in mind that Jónasson is working on a new series, "The Huld Series", since 2018 and until now three novels have been published: The Darkness, The Island, and The Mist. All of them have been well-received by both readers and critics and soon there will be more to come.