This film is set on a Wyoming Native American reservation and the director, Taylor Sheridan (Sicario, Yellowstone), does a remarkable job in capturing the wild, harsh landscape which acts as the main protagonist in this murder mystery. The story itself is not that original, it revolves around the murder of a young Indian girl whose body is found by a local predator hunter (Jeremy Renner) under a pile of snow. The girl is barefoot and that is the first indication that this is a homicide and not some kind of tragic accident. Later the post-mortem examination concludes that the girl was raped, so the FBI is called to investigate the homicide. Agent Jane Banner (Elizabeth Olsen) will have to overcome the extreme climate condition and the hostile behavior by the local Indian community to solve the mystery and find the culprit.

Wind River is a movie counting on its magnificent photography rather than a complex plotline and the result is a beautiful flick worthy of your time and attention. I liked both J. Renner's and E. Olsen's performances while I was voluptuously surprised by the acting skills of the Indian members of the cast like Apesanahkwat (Ray Donovan) and Graham Greene (The Green Mile, Dances With Wolves). The movie won the Cannes Award for Best Director (2017) and also got the prize for Best Director (Taylor Sheridan) and Best Actor (Graham Greene) in the American Indian Film Festival. Wind River will mainly appeal to those who are fond of slow-burning mysteries and if you expect another generic Hollywood crime/thriller you will be utterly disappointed. 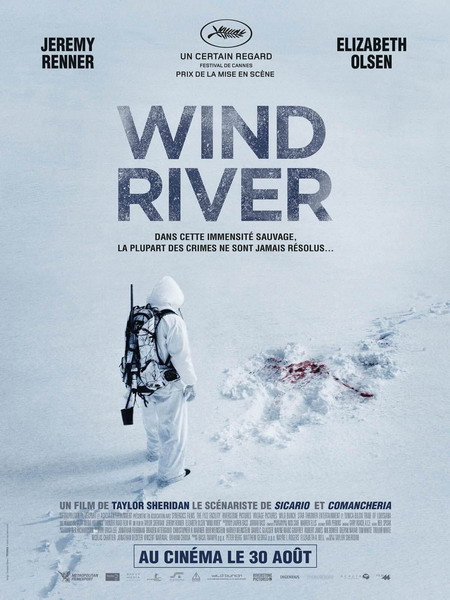