Ambitious, but with a rather poor outcome.

Widows is a movie that many viewers expected, partly due to its talented director Steve Mcqueen (Shame), but mainly because of the screenwriting team which consisted of two very popular female crime authors, Gillian Flynn (Gone Girl, Dark Places), Lynda La Plante -known mainly because for the timeless Prime Suspect television series, based on her novels- and the director of the movie himself. As a result, I had high expectations concerning this film, thus, the disappointment I felt after watching it was all the greater.

The movie is no-doubt well-shot and the production quality standards are pretty high, as expected from a production of this caliber, but the major problem lied in the storyline and the plot itself, which is more baffling due to the reason I stated above. Even though the story has a solid premise which engages the viewer, the unfolding and evolution of the plot seem to be uneven and the movie in some parts looks kind of disjointed. The result is that the viewer is struggling to keep track of what is happening, missing other movie aspects such as photography, performances, etc. The finale is a huge let-down that adds to our frustration and sense of void that we feel after watching Widows. Moreover, the triad of the -female- protagonists at no time manage to identify with the viewer for him to care for the character(s).

On the plus side, the performances by the main characters are good with Viola Davis stealing the show. I would also note R. Duvall's and C. Farrel's as father and son, doing a great job and also having some stretches of truly good dialogue. Furthermore, Liam Neeson and Brian Tyree Henry hold secondary roles and do a decent job. It should also be noted that the soundtrack is also one of the best I've heard in a Hollywood crime film in the last years. 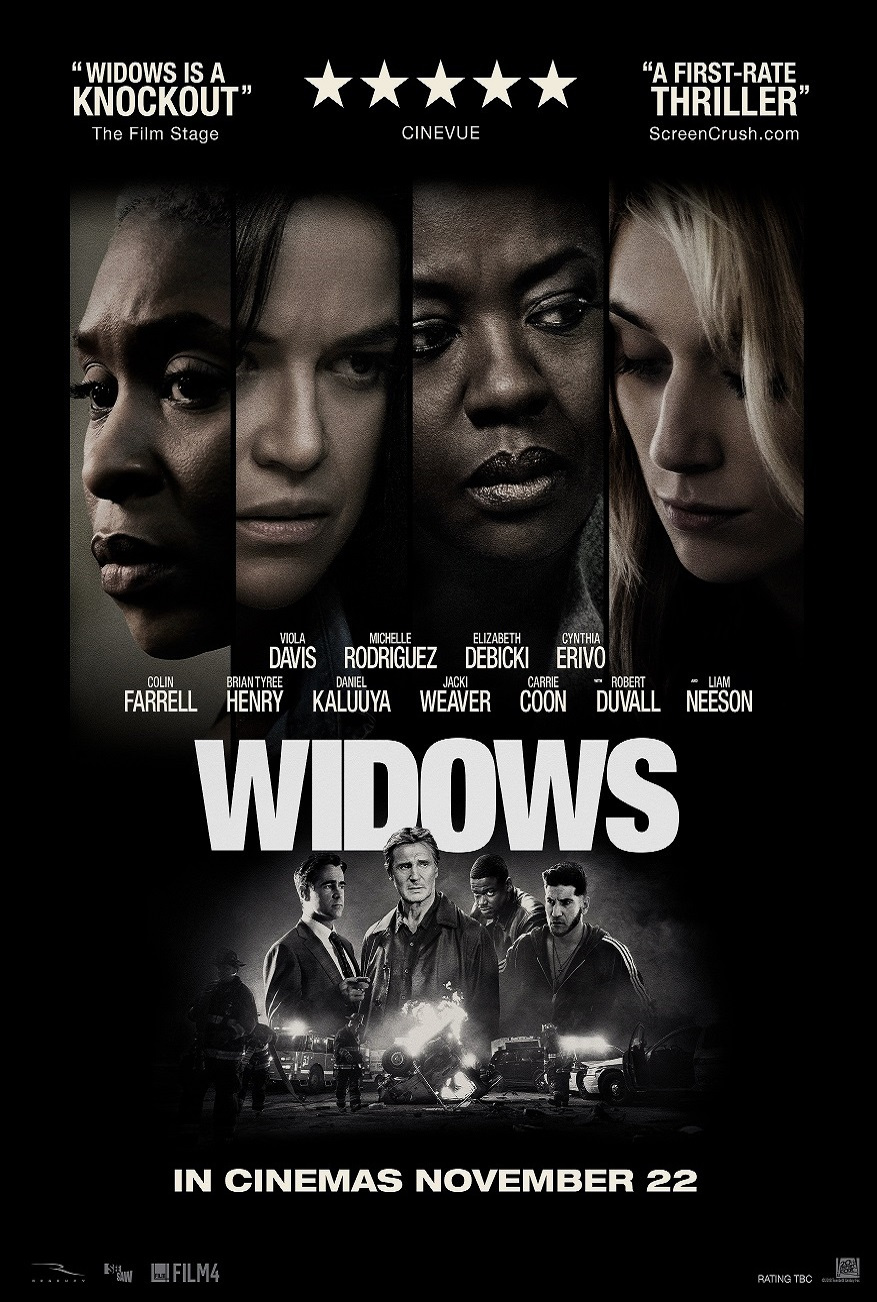