Voiceless is a 2020 Italian crime show directed by Andrea Molaioli, the man behind the camera in several noteworthy films and television series such as The Girl by the Lake and Suburra: Blood on Rome. Even though, in aesthetic terms, this is a rather visually captivating production, the embracement of cliched plot tropes and a weak script deem it just another prosaic police procedural with nothing new to offer. For example, how many times do we have to follow the investigation of a man or a woman who return in their tiny hometown and are drawn into a case of murder or disappearance? I think that this is one of the most overused narrative settings in both European and American crime shows. Nevertheless, it is not only the aforementioned defect that tarnishes the overall assessment of this production as it also lacks the necessary suspense required to hook and excite the audience which is tired by the repetition of the same story over and over again.

Eva Cantini is a detective who returns to her birthplace, Lagonero (English translation: Black Lake), in order to reunite with her estranged sister, Rachele, and her son, little Matteo. There seems to be a friction between the two sisters and through the course of the series, we learn more about the family's background and the well-buried secrets that resurface during Eva's stay and have a severe impact on their relationship. Lagonero is stunned by the disappearance of a young, beautiful woman, Gioia, an aspiring model and actress who gets vanished one fine morning. Her father reports her disappearance to the local precinct and Eva along with Marco Corvi, the chief investigator, are called to retrace the last steps of the poor girl and find out what happened to her. Is she dead? Or is there even the slightest possibility that she is still alive and imprisoned somewhere by a malicious perpatrator.

Soon, Eva discovers Gioia's body in the bottom of the town's lake and from then on, she and Marco will embark on a relentless chase of the culprit who has to be someone that Gioia knew well. As they begin to interrogate the people closest to the victim, the two colleagues realize that no one can be trusted as everyone seems to have something to hide from the authorities. Gioia's family put an immense pressure to the police in order to get immediate results and even though there are multiple times that the investigation reaches to a close, a new piece of evidence turns everything upside down and Eva has to start from square one. There is a rather limited array of suspects and this is another underwhelming factor that makes this show even less appealing as the possible villains are numbered, so the guessing game that provides a thrilling trepidation to the audience is removed from the equation. The true offender, who is revealed in the final episode of the show, is easy to guess, especially after the middle point of the story.

Eva has a potential as a detective protagonist and her character is illuminated gradually as we watch her dealing with professional and personal challenges. Eva is a tough cookie, a determined and capable investigator whose instincts and exhausting legwork help her get to the bottom of the case. Her relationship with Marco, which becomes all the more complicated as they delve deeper into the hunt of Gioia's killer, is a major sub-plot and the depiction of their romantic entanglement is given serious screen time, perhaps more than it should be. Actually, each one of the eight episodes is divided between the police inquiry and Eva's personal struggles either if they concern her intimate relationship with her colleague or her broken familial bonds. Personally, I would prefer the emphasis on the main storyline that remains underdeveloped in favor of the detailed account of Eva's intimate comings and goings.

Cristiana Capotondi delivers a down-to-earth performance of a complex character who seems to lost and wasted inside a largely bland story that lacks clear direction and any sense of edge that would help it compete with the high-quality European crime shows originating from Italy, Spain, France, or Scandinavia. The other actors' presence fluctuates between diffident and just decent, while there were several times that I had to smirk with the awkward portrayal of Eva's sister, Rachele, and the cardboard characterization of Gioia's family members. Voiceless is a mediocre production that leaves a lot to be desired and seasoned crime fiction fans who look for innovation and authenticity will certainly be disappointed by this show. Perhaps, if the creators focused more on crafting an arresting script rather than concentrating on the personal sub-plots, things would be a lot different. It was a major letdown by Molaioli whose previous work inclined me to sit and watch this series. I hope that this will prove to be just a parenthesis in his overall body of work. 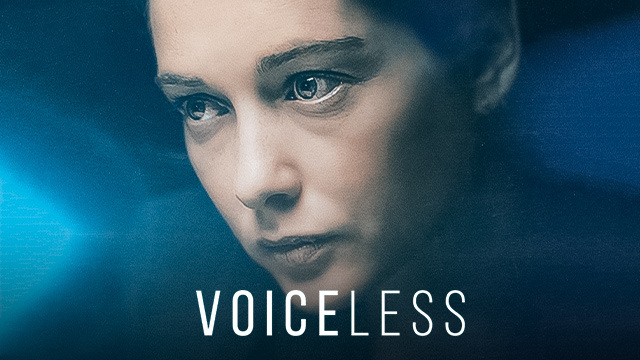