A new star is rising in Danish crime fiction. 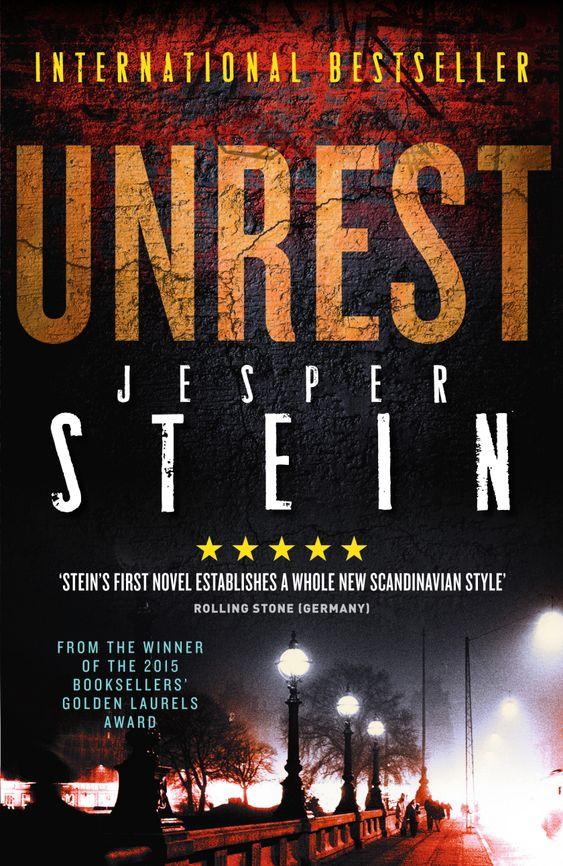 Jesper Stein is a crime reporter and this is obvious to the reader due to the vast amount of information about Copenhagen's underbelly and its dialect, the police procedures in a murder investigation and the clashes between the different ranks in the hierarchy, and the Danish judicial system with its -many-flaws. The protagonist, Axel Steen, is a nicely-outlined character who has more or less all the trademark qualities of a contemporary Nordic detective. He is a divorced, hash-smoking, stubborn -but effective- hero, who lives in Nørrebro (one of the toughest neighbors in Copenhagen) and is keen on breaking the rules to deliver justice. This is the first book in the series, thus I believe that the next novels will deepen our knowledge about Axel and his past, which is hinted in a few parts of Unrest.

The story is not an original one, it involves a brutal murder committed literally under the nose of the police and the subsequent investigation. The thing that makes Unrest stand out though, is the setting of the story, which begins during the first day of violent riots in the streets of Copenhagen because of the police invasion in a squat in Nørrebro area. The seriousness of the violent episodes, as described by Stein, brings to mind the legendary riots of 18 May 1993 which happened in Copenhagen after the result of the second Danish referendum concerning the Maastricht treaty. The situation got so bad that the police were forced to shoot over 100 bullets (!) to control the enraged crowd. The tragic result was 11 demonstrators and more than 39 cops seriously injured. The events of 1993 are often cited, thus emphasizing the setting in which the plot is developing and helps the reader to envision a city on the verge of chaos. In such an environment, any murder investigation becomes harder as the police are held liable for a possible mistake both by the people and the press. The mass media play an important role in the -rich- plot which unfolds in a rather quick tempo reminiscent of other acclaimed crime fiction writers such as Jo Nesbo or Jussi-Adler Olsen.

The reader never gets bored by Unrest as both the -rich- plot development and the beautiful characterization makes this book easy and fun to read. I completed its reading in just two sittings as I couldn't get enough by a writer who will certainly make waves in the Nordic Noir genre. I am not sure if this is the first novel written by Stein, but in case that it is, I would claim that it is the best debut crime novel I read the previous year(s). The only -minor- disadvantage was the repetitive descriptions of the protagonist's wet dreams which become tedious after a while.

This is a novel that will appeal to the Scandi- Noir fanatics as well as those who enjoy an elaborate, thrilling plot and great characters.