Better than most of the recent Netflix TV productions.

After many disappointing experiences with some of the most recent Netflix television productions, Undercover breathes new air into the crime genre and proves that there are still worthy European TV shows which can be compared to the most expensive productions from the U.S. The first season of this Belgian/Dutch series revolves around the work of undercover cops struggling to expose a well-organized criminal network that mass-produces ecstasy tablets and distributes them around the world. The covert work of infiltrators has been used by many television series' creators as the main narrative vehicle that is meant to move the story forward. Such examples are the Swedish series Before We Die and The Lawyer where the protagonists penetrate mafia-like groups in order to provide critical information to the authorities that will ultimately lead to their arrest. In the aforementioned shows, the infiltrator is not necessarily a police officer, even though he is closely cooperating with the police and the suspense level sky-rockets as his true identity must remain hidden at all costs. The nail-biting atmosphere that pervades this kind of shows is totally addictive and the audience is bound to binge-watch all episodes in one sitting.

Undercover narrates the story of two seasoned police officers, Bob Lemmens and Kim De Rooij, who are ordered to get close to one of the most sinister gangsters of the country, Ferry Bouman, an XTC producer and distributor who managed to work below the radar for many years. Bob and Kim pose as a couple who moves to the camping site where Ferry lives along with his wife, Danielle, and his crew that consists of trusted lieutenants, vicious hoodlums, and loyal goons who would do anything for their boss. The couple's main target is to gradually earn Ferry's trust so they can lure him into a trap that will put an end to his drug empire. In order to succeed, Bob and Kim will have to improvise and disobey their handler's orders, something that will put their assignment at great risk many times. There are people close to Ferry who are suspicious of Bob and are openly hostile to him while things become more complicated as Kim begins having romantic feelings for Danielle.

The story unravels at a fast pace, especially after the first few episodes of the season, and reaches a satisfying climax in the final episode where everything gets sorted, leaving no plot holes or unanswered questions. There is an adventurous mood and tone that permeates this show and the viewers are kept glued on their seats as the two protagonists are often found in ominous predicaments and their lives are put in grave danger. Tom Waes and Anna Drijver are both credible as Bob and Kim while Frank Lammers is excellent in his portrayal of the erratic kingpin, Ferry. Furthermore, the actors in the secondary roles also do a terrific job with Raymond Thiry and Elise Schaap both delivering memorable performances as John and Danielle respectively.

What makes Undercover a show that stands out, apart from the great performances and the well-crafted screenplay, is its great sense of location and its brilliant cinematography that is reminiscent of some of the most glorious cinematic productions originating from Belgium and Netherlands during the last decade. We should keep in mind that there have been many estimable films and TV series produced in the aforementioned countries such as Tabula Rasa, De Dag, Klem, The Ardennes, Bullhead, The Memory of a Killer and so many others that I would need a whole paragraph to list. Both countries are at the forefront of high-quality productions of the genre and I'm certain that more will follow in the next few years. Undercover is another addition to the ever-growing catalog of engrossing Continental crime shows that the audiences are bound to love.

Season 2 begins about a year after the events of the first one and this time the setting is Belgium and more specifically Brussels. Kim has retired from the police force and she is now an investigative journalist working on an article about the illegal arms trade from Ukraine to Syria. She contacts Bob, who tries to rebuild his family life after the Ferry case, and asks him for a little favor in order to trace two suspected arms dealers, the Berger brothers. Soon after she meets Laurent Berger, Kim is shot in broad daylight by two thugs in balaclavas. Bob is devastated and decides that he is the one who has to make sure that Kim's death won't go unpunished. With Nick's help, he will attempt to approach Laurent and his sibling, J. P., and uncover their dirty secrets so he can avenge Kim's tragic death.

At the same time Ferry Bouman, the villain of the first season, is incarcerated and plotting his revenge on Bob from his cell. As a respected gangster, Ferry still has contact with the outside world and uses his subordinates in order to find Bob and settle the score between them. Ferry's trial is upcoming and he is determined to get exonerated by any means possible. He will even dare to use Bob's daughter, Paulie, as leverage to make him testify that his arrest was invalid because of some major procedural errors. The two plot threads unravel side by side and in the final two episodes of the season, Bob finds himself in a terrible situation as secrets from his previous mission are revealed to his superiors and he is forced to make the most difficult decisions in his whole life.

Season 2 is less suspenseful than the previous one and the supporting characters are less engaging. The villains, the Berger brothers, are not as menacing as Ferry and his gang were, while the love story between Bob and Natalie is not convincing at all. The pace is slower and the character development is less plausible. We cannot root for the protagonists who sometimes seem to act erratically and without reason. Nevertheless, there are some silver linings such as the performance by Alexej Manvelov who makes a brief appearance in the season's later episodes and steals the thunder, while the plot, though not as compelling as the first season's, is interesting enough to make the viewer binge-watch the whole season in one or two sittings. Those who loved the first season will perhaps feel a bit disappointed by the second cycle, but the truth is that Undercover remains a hooking TV show that is filled with action, twists, and intrigue and it is reminiscent of analogous productions originating from both Europe and the U.S. 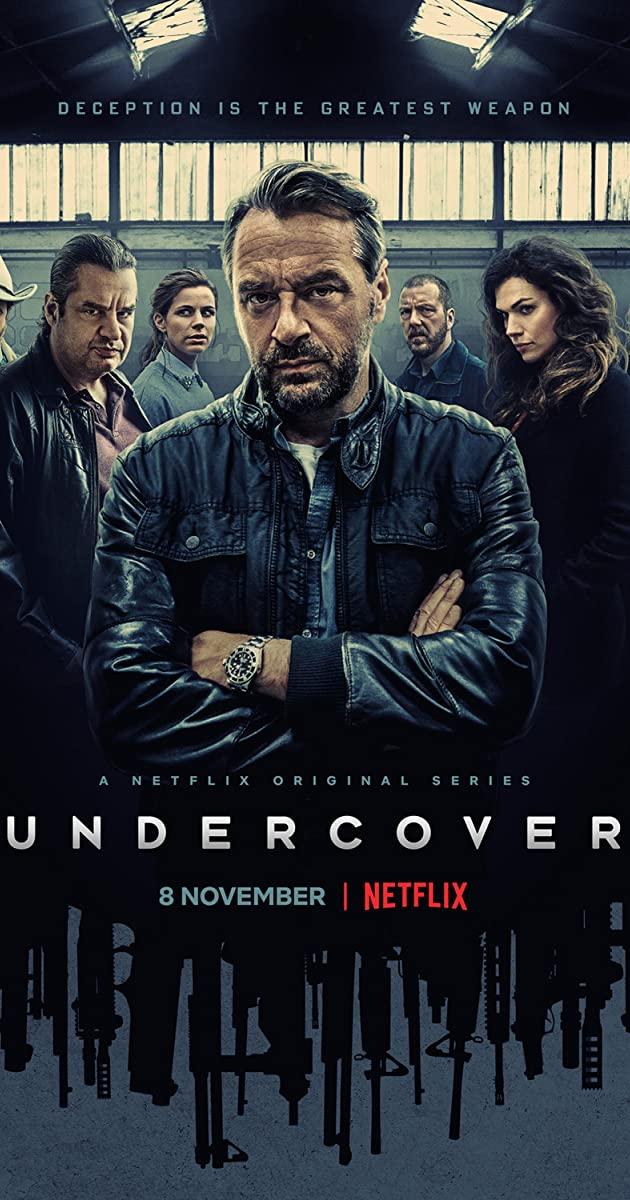