Deficient in every aspect.

It is an established fact that Belgian producers, either on cinema or television, have spoiled the audience with exquisite films and shows during the last two decades. So, when I saw on the Netflix catalogue that a brand-new Flemish suspenseful series is out, I was anticipating a gripping watching experience, a prospect that was furthermore fortified when I read the synopsis which predisposes the viewer for a thriller set in a secluded private island and unfolds through two timelines, a trope that regularly pays off in terms of plot intricacy and its engagement of the audience's attention. So, perhaps I set my expectations too high and a comedown was in order, nevertheless I sat and binge-watched all 6 episodes in one go, hoping that my negative impressions from the first couple of episodes would dissipate as the story developed and reached its climax. Sadly, after finishing watching I struggled to pinpoint a redeeming value for a show that proved to be such a waste for the irrefutable talent of a spectacular Belgian cast that cannot save the day and fill the voids of an anemic screenplay and a lethargic plot.

The story revolves around a group of childhood friends who reunite for a two-day extravagant vacation off the coast of France. Peter (Tom Vermeir) who is the host along with his wife, Romée (An Miller), invites a rather incongruous group of people to a manor located at a remote island to spend a relaxing weekend. However, right before arriving there, Peter receives a video in his phone that shows him and 4 other teenage boys sexually assaulting a a girl of their age as she is unconscious from the booze and drugs. The unknown sender asks for a huge amount of money, paid in Bitcoin, in order to keep the video to himself or else he will make it public. During the first episode we learn that the victimized girl is none other than Sofie (Inge Paulussen), one of the women who are now at the island along with her husband Didier ( Herwig Ilegems). Visibly shaken and alarmed, Peter chooses to confide the existence of the video to Stef (Koen De Bouw) and asks from himself. Together, they will strive to learn who is behind the blackmail, both convinced that there is a crook among the group.

In parallel, we watch in flashbacks some sequences from 1992, 30 years earlier, with the main characters in their teens and spending their time in Didier's affluent villa. Through the past timeline, we are supposed to be helped to form a more concrete image of the protagonists and comprehend some current behaviors and the tension between some members of the group. In fact, the narrative is split in two, with the scenes from the past covering a substantial part of each episode. That is not negative per se, but the directors, Tom Lenaerts -who also co-signs the screenplay- and Brecht Vanhoenacker, opt for abrupt cuts that prevent the show from having a clear narrative focus, eventually remaining both undeveloped and skimpy. Moreover, the complete lack of even the slightest trace of physical resemblance between the teenage actors of the 1992 timeline and their senior version makes all the more harder to match names and faces, something than becomes seriously irritating, especially during the course of the first two episodes The creators of the show waste valuable screen time in the beginning, failing to properly introduce the story's setting to the audience, thus inclining us to skip some scenes as we wait for somethng significant to happen.

The central axis around which the story revolves is the blackmail scheme and the whodunit element can be epitomized in a simple question: Who is sending the videos to Peter and, of course, why? We are supposed to wonder about the identity of the villain while we are witnessing several interactions between the so-called "friends", forcing us to assess them as rather unpleasant as most of the time they are struggling to renounce their responsibility about the horrible event that took place 30 years earlier. The characters come across as egoistical and weak and the shallow characterization becomes particularly evident if we observe Didier, a caricature-like figure who seems to exist within the story for no other reason than providing moments of comic levity. The floppy outlining of the protagonists is one of the show's cardinal sins, and there are several more for good measure, along with the uneven pacing and the flawed script. The suspense aspect, indispensable for every work that falls under the umbrella-concept of crime fiction, remains flimsy throughout the course of the six episodes due to the lack of narrative cohesion and sometimes it feel like the creators, the 2 directors and the screenwriters, couldn't decide what their intentions are regarding the essence of the series and the final result is underwhelming, leaving a lot to be desired.

Two Summers is definitely not the best sample of Belgian television exports and I would prompt you to skip it and watch shows such as De Dag and Undercover in order top get acquainted with the little country's crime fiction scene. 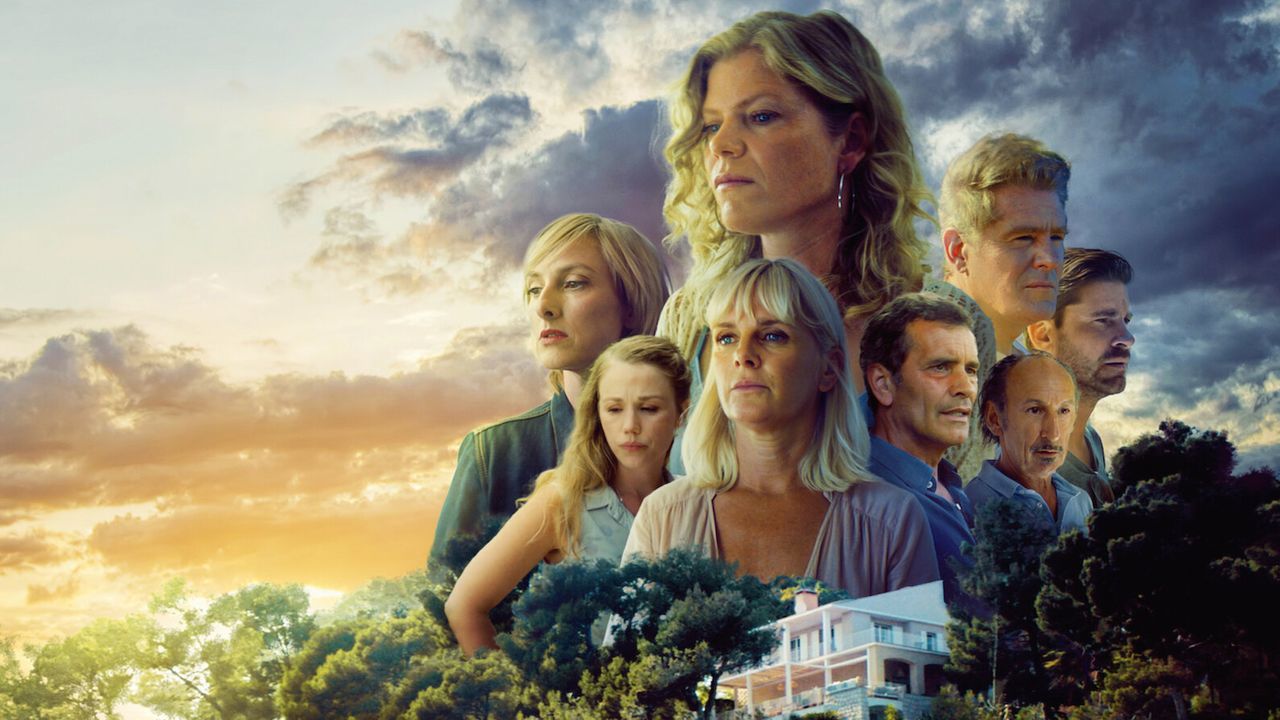