Time is a Killer 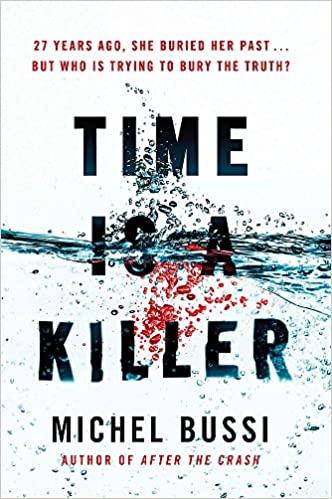 I was introduced to the work of the French crime author, Michel Bussi, by reading his bestseller After the Crash, an absorbing crime novel revolving around a fatal plane crash and a puzzling case of mistaken identity. Even though I was not fascinated from this first encounter with French crime fiction, I was waiting a long time to buy Time is a Killer as I thought that its synopsis was truly intriguing and promising. In terms of quality and plot, it's equal to After the Crash though perhaps a bit more interesting and well-written as a book. The setting is the magnificent island of Corsica, a semi-independent community in the south of France. Bussii is a master in describing the idyllic landscape and at once makes the reader feel as though he is on the spot and observing the beauty of the island. The narration is moving back and forth in time as we are witnessing the events unfolding in the present day and, through the pages of a lost diary, we travel in the past, 27 years before when the tragic accident, that is the basic premise of the plot, occurred. The protagonist is a middle-aged woman, Clotilde, who lost her parents and brother in a fatal car accident 27 years earlier in the dangerous roads of Corsica. Today, Clotilde is struggling to get in terms with her past and she travels again, for the first time after the accident, to Corsica with her husband and teenage daughter to reconcile with the event that marked her life forever.

Soon, Clotilde will start doubting her own sanity as she receives a letter from her mother, whom she saw dying with her own eyes three decades earlier. The letter is written in such a manner that makes Clotilde certain about the identity of the sender. As a result, our protagonist will retrace the events that took place twenty seven years before as she is convinced that there is the key to the mystery. The reader is privileged as he has access to Clotilde's diary as a sulky, goth-punk teenager while the author hints that this little notebook is now held by a dangerous individual who seems to know a lot about Clotilde's family accident and strives to keep the truth hidden from the restless protagonist. All characters are well-crafted and three dimensional, both the protagonist and the secondary ones. There is a kind of double mystery in this book as the reader ignores the identity of the person that has the diary and at the same time the most prominent enigma that has no answer: What really happened to Clotilde's family in the accident? how is it possible that her mother is still alive and trying to reach her?

The suspense is kept alive throughout the book's 500 pages and the final 50 pages offer a satisfying resolution, leaving no question concerning the plot unanswered. Bussi adopts steady pacing and the novel never becomes tiresome or laborious to the reader. If you already read After the Crash you will find more than one elective affinities between the two books. They are similar in narrative style and plot evolution while in both of them the finale, though gratifying, leaves something to be desired. The climax is a bit banal and cliche while the rest of the book is full of tension and mystery that promises a more innovative final conclusion. Nevertheless, it is an ideal crime novel to read in the summer months as you will be transferred to the picturesque landscape of Corsica and you will learn something about the island's long and impressive history. I admit that I knew nothing about it and now I have a clear image of the subject. So, if you want a crime novel to make the time pass more easily, Time is a Killer is worth a shot.

Time is a Killer