The Whispering of the Flies 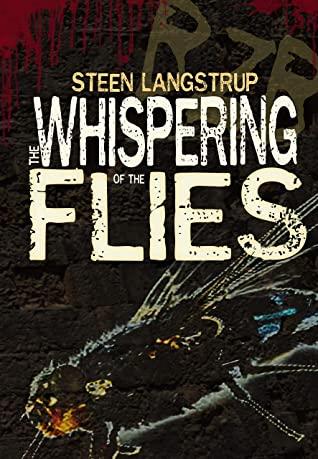 Steen Langstrup is one of the most inconspicuous and talented, underground authors in the Nordic literary world today and his experimentation with various genres over the years has offered a wide array of excellent short stories, gangster, Pulp-fiction-like novellas, and some great horror novels that have even been adapted into feature films (Kat, Finale). I got acquainted with his work by reading some of his chilling horror short stories and got instantly hooked due to their visceral atmosphere and ingenious storylines. Then, I read his two gangster novellas, (Russian Dope, In the Shadow of Sadd), that were heavily reminiscent of films made by directors such as Quentin Tarantino or Nicolas Winding Refn, and literally rocked me. The characters were alive and three-dimensional and the plot was tight-knit and gripping. There was nothing further for a crime fiction addict like myself to ask for and the Danish writer, who has already published more than 20 novels, novellas, short stories anthologies, and non-fiction, became one of my personal favorite crime authors. A few days ago, It was delighted to receive a message from Steen informing me about the publication of his new book. I downloaded it instantly and delved into a haunting fictional universe that features a fine combination of two distinct fiction sub-genres, police procedural and serial-killer thriller, added by some splashes of genuine horror.

The Whispering of the Flies is set in Copenhagen during the hot summer of 1999. The city has seen an astronomical rise in the number of flies and the strange phenomenon baffles the scientists who cannot comprehend the reason behind it. Egon Kjeldsen and Henriette Nielsen are called to investigate a series of gruesome and bizarre murders that begin with a young, upper class woman, Rike Zinger, is found burned to death in a tunnel somewhere in the capital's center. The brutality of the murders shock the investigators who are further perplexed as they observe a non-human, semen resembling, organic slime in the crime scene. Soon, a second body is found in the city's harbour and the police think that the two killings might be connected and perhaps this is the work of a serial-killer. As the investigating team learns about the identity of victims, they realize that each murder is adapted to the personality of the victim. Are the murders truly connected? Is this the work of a sole killer or perhaps there are multiple perpetrators? Or is it even possible that the atrocities are the work of a vile, supernatural entity that expresses and communicates itself through the flies?

Henriette Nielsen, the first of the two main protagonists, is a police officer working on the Missing Persons division, but she is promptly transferred to the Homicide Unit after Zinger's body is discovered. Being her first assignment in her new post, Henriette feels eager and anxious at the same time to solve the case and impress her superiors as she sees this as her great career chance. Egon, her colleague and co-investigator in this case, has been sidelined for more than four years, doomed to a repetitive and dull paperwork, shut all alone in an office in Copenhagen's Police Station. The reason for that is that Egon made a serious misjudgement during a previous serial-killer investigation and the result was him being exiled in a monotonous working existence and environment. Egon and Henriette are an effective protagonist duo, and despite their many differences they can work together and solve the riddle Even though this is a short novel, less than 200 pages, their relationship is developed throughout the book's course and the reader gets to know them a bit better as the story moves forward.

What makes The Whispering of the Flies an absolute must-read? It's because of the novel's well-woven plot blending with a lot of creepy scenes, especially at some parts, and resulting in an irresistible, fast-paced, masterfully crafted thriller that can and will be read in one sitting. The chapters are short and the writing style is plain and simple, without being simplistic, so the reader keeps turning the pages, keen to know what happens next and how this grim story is going to end. There is a palpable tension to the book's atmosphere and the flies become a creature to be feared as marionettes of the evil itself. There are also some external references to the Bible and Nostradamus, the 16th century physician who is well-known for his cryptic prophecies that have been used by some occults and similar groups. The great question that the reader is bound to ask is if there is any kind of supernatural intervention in the events described in the novel, or are those the actions of humans who have lost their sense of morality and knowledge of distinguishing right from wrong?

This is a book that fans of Nordic crime fiction will love, and its originality will appreciated. Fans of horror fiction will not be disappointed too as there is a fair amount of eeriness and bizzareness in the story. I don't know why, but while I was reading the book, I had the sense that I was watching a film like The Silence of the Lambs or something similar in terms of mood and tone. I was truly enchanted and I can recommend this title to all the readers who enjoy good crime fiction and wish for something different. Steen Langstrup is an author who deserves a wider audience and I truly hope that in the following few years we will have the chance to see more of his great work.

The Whispering of the Flies