Enjoyable, but not as good as the "Department Q" series. 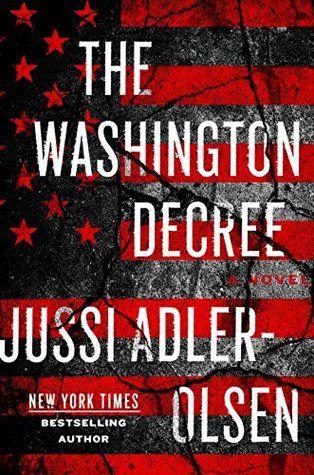 Being a devoted fan of Jussi Adler-Olsen's Department Q series, I was zealously expecting reading this book, which I downloaded from Amazon the first day that it was published (August 7, 2018). Unfortunately, just like it happened with The Alphabet House -another early novel by the Danish crime fiction master-, this book did not manage to live to my high expectations. It is obvious that Adler-Olsen had not yet perfected his writing style -the original publication date is 2006- and, as a result, the book seems to be a bit long (around 600 pages) and in some parts rather tedious.

The plotline is absorbing, a first-rate political thriller story which delves into the lives of the powerful White House politicians and we are constantly witnessing the over-ambitiousness, the conspiracies and the stabbings-in-the-back which occur. If this novel could be 200 pages shorter, then perhaps it would be worthy of a high rating but the verbosity of some parts of the book downsize its quality.

Some reviewers seem to believe that there is a connection between the publication of The Washington Decree in English translation and the presidency of D. Trump in the U.S. I think that the reader should get rid of those notions and read the book as a purely fictional product, even though some parts of the plot are reminiscent of Trump's statements and policies. In my opinion, this is a better book than The Alphabet House which I believe to be the worst, in terms of both quality and entertainment level, novel by Adler-Olsen. Nevertheless, the loyal fans of the Danish writer should add The Washington Decree in their to-read list and the same goes for every reader who enjoys a decent political thriller.