A heartbreaking story with lots of suspense.

The Unknown Woman (original title: La Sconosciuta) is another brilliant film by Giuseppe Tornatore, one of the most emotionally stimulating European auteurs. Though it is categorized in the crime/thriller genre, this movie is mainly a harrowing drama about the life of a Ukrainian woman (Irena) who manages to escape from a world of prostitution, violence, and sadism to Italy where she will try to settle down. As the plot evolves it is hinted that the protagonist has hidden reasons and ulterior motives for every choice she is making.

The first part of the film is filled with suspense sequences and the viewer is rooting for the main character even though he ignores the full personal history of hers which is gradually revealed through flashbacks from her past. Kseniya Rappoport is terrific in her performance of Irena, displaying a variety of emotional states in a non-exaggerated manner and the rest of the cast (M. Placido, Pierfrancesco Favino) does a great job as well in the supporting roles. Giuseppe Tornatore is an artist who defies genre cliches and he is always placing the emphasis on the human factor in his films. The Unknown Woman is the proof that crime films can be touching and their characters may be different from the usual one-dimension caricatures we often encounter. 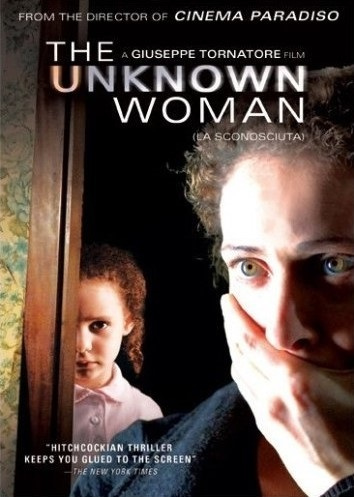