The Turn of the Key

A bit of a letdown. 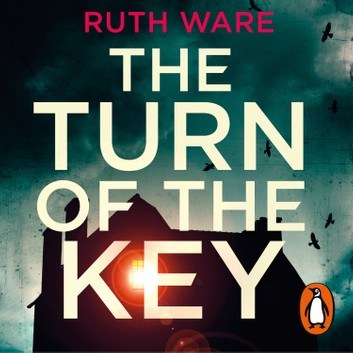 I am not an avid fan of Ruth Ware's work though I have to admit that I enjoyed some of her novels like In a Dark Dark Wood. There was a kind of hype surrounding The Turn of the Key so I felt more than satisfied when my request was approved by the publishers. Unfortunately, the book was not one of the author's best works and I feel that R. Ware is "trapped" in a particular narrative form and as a result, this novel seems to be repetitive rather than fresh and innovative.

There is a touch of Gothic horror in the plotline which begins unraveling when a young woman, Rowan, applies for the job of her dreams as a nanny in a mansion where a family with three kids is living. The setting is Scotland and more specifically Highlands, adding to the secluded, isolated atmosphere that increases the overall suspense level. The story is narrated through the letters that Rowan sends from inside the prison to a famous lawyer to convince him to take her case. She is accused of the murder of one of the kids, though we don't know which one until the ending, and she insists on her innocence. Following her story from the initial interview to the horrifying night of the murder, we become acquainted with the family members as well as the mansion's dark history which led the locals to consider it cursed.

There is a hint of supernatural intervention throughout the book and it is not until the final page, where the whole truth is revealed, that everything is explained in a hasty, disappointing way that leaves the reader numb. The Turn of the Key is a novel that picks up speed after the first half and tries hard to build-up tension and suspense, counting on its descriptive parts but not successfully as the whole storyline seems to be cliched and the final resolution mediocre. Two major twists are revealed in the end, the first one being truly clever and effective while the second, regarding the culprit's identity, is rather weak.

I can see that this was an ambitious project attempting to blend crime with horror fiction, playing with the notion of supernatural phenomena, but both the storyline and the characterization are below the level that I would have expected from such a popular and successful author. Perhaps Ruth Ware should experiment with new narrative forms and tropes as there is a ton of books similar to The Turn of the Key published nowadays. I can only hope for something better in the future.

The Turn of the Key