The Treatment (original title: De Behandeling) is a Belgian silver screen adaptation of Mo Hayder's second novel in the Jack Caffery series and it achieves to capture the essence of this excellent crime/thriller books, reaching out into the core of human depravity and brutality. Mo Hayder is an author, known for the disturbing stories with gritty descriptive parts and harsh, dark tones. This film is certainly not recommended for viewers who have a weak stomach. as it delves into the horrendous theme of pedophilia and child molesting.

The protagonist, police officer Nick Cafmeyer (Belgian adapation of Jack Caffery's name) is deeply traumatized by his brother's kidnapping and disappearance which happened when he was in his early teens. Nick is certain about the identity of the abductor of his brother, he is a neighboring well-known pedophile named Ivan Plettinckx (Ivan Penderecki is his name in the novels) who never ceases to taunt and provoke Nicky by telling him different versions of his brother's tragic fate. The opening scene of the film is one of the most artistically beautiful and effective I've seen in a long time, with Plettinckx speaking to Nick, telling him various stories about his brother's demise.

The film is as disturbing as the books are and this means that it is a movie that even seasoned crime fiction fans will find hard to swallow, especially in some parts such as the child molestation videos that Nick is watching in the middle of the film or the final scenes in the second home invasion. The plot begins to unfold when Nick's team is called to solve a grisly case of home invasion, torturing, and child abduction. The type of crime is putting Nick in alert and brings back repressed memories of his brother's disappearance. Stubborn, but effective, he will manage to solve the case and arrest the sick individual who committed those terrible acts but with a high price for his mental stability. We, as viewers, learn in the very last scene what happened to Nick's brother, but unfortunately, this is not true about the protagonist who in the movie's finale is misled to believe that something else happened. Of course, we are profoundly shocked by the young man's fate and the film's closing credits is leaving us with a bitter taste and the sense that there is no real catharsis for the film's protagonist.

The film is of top-notch quality in nearly every aspect -directing, acting, plot, pace- and the viewer will have to go back as early as 1995 and the legendary Se7en in order to find an equal to the Treatment. The fans of Hayder's books will love it and the same goes for those who know what to expect in terms of gore and violence. So, be warned and watch it if you dare. 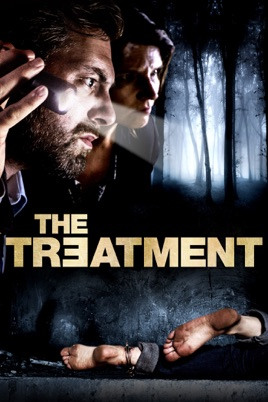