A literary whodunit by Régis Roinsard.

Welcome to the cruel world of the high-stakes international publishing business that suffocates true artistic creation for the sole purpose of profit. The Translators (original title: Les Traducteurs) is a 2019 French/Belgian production featuring a multinational cast and a slick screenplay that blends many different genres. The film is partly a typical closed-room mystery, a classic whodunit, a heist thriller, and a social commentary on the commercialization of literature in our age. The director, Régis Roinsard, who also co-authors the movie's script along with Romain Compingt and Daniel Presley, keeps the audience guessing from start to finish and has many surprises in store as the plot is filled with red herrings, twists, and third-act reversals that keep us on our toes throughout the film's runtime. The story focuses on the underappreciated job of translating literature, an endeavor often considered to be tedious and humdrum as, according to the majority of people, it doesn't require any special skill or merit. The film is dedicated to the translators around the world who work quietly and contribute to the propagation of artistic work to the masses. After the ending credits roll, the audience realizes that they have learned a bit more about this unthankful, yet vital, line of work.

The plot revolves around the forthcoming publication of the third installment of an extremely popular literary trilogy, written by Oscar Brach, a mysterious author who wishes to remain anonymous, his identity hidden from the public. Eric Angstrom, the publisher of the three novels, assembles a group of nine talented linguists from nine different countries of the world who will have to translate the 480 pages of the third volume in a month, working in total isolation from the external world. They work in a bunker beneath a French chateau and Russian armed guards are keeping an eye on them in order to prevent a possible leak of the manuscript to the public. When Angstrom receives an SMS to his mobile phone that informs him of the fact that the first 10 pages have already leaked to the internet, he will force the group into a lockdown in order to find out the guilty party.

Soon, more pages will get leaked and the unknown extortionist will ask for a substantial ransom in order not to give away the whole book. Angstrom becomes incensed and determined to solve the situation, regardless of the means he has to use and the possible consequences. The members of the group, on the other hand, become suspicious of one another and they begin to denounce possible culprits among them. The outcome is going to be tragic as some of the participants in this odd experiment will lose their lives.

The international cast gives solid performances with many celebrated thespians from all over the globe such as the Spanish Eduardo Noriega (Thesis, The Method), the stunning Russian Olga Kurylenko (Quantum of Solace, Oblivion), the Danish Sidse Babett Knudsen (Borgen, Westworld), the Greek Manolis Mavromatakis (The Enemy Within, Uranya), the German Anna Maria Sturm (Polizeiruf 110, Good Times), and the Italian Riccardo Scamarcio (Romanzo Criminale, Three Steps Over Heaven). The film's lingua franca is French, though there are sometimes that the characters speak in their native tongue to express their overwhelming emotions about their bizarre predicament. Lambert Wilson (The Matrix Reloaded, Catwoman) is exceptional in his portrayal of the greedy, sadistic head of the publishing house, Eric Angstrom.

The Translators is a movie that endorses an unconventional, yet not entirely original, narrative structure which includes the heavy use of flashbacks and flashforwards while there is a great heist scene interjected in the middle of the film's runtime. The last part of the movie is full of twists and surprises that are plausible and make sense, leaving no unanswered questions and room for alternative interpretations of the story. To sum up, this is a recommendable picture that will definitely be appreciated by crime fiction fans and all those who enjoy the cozy mysteries of the Golden Age era of the genre. 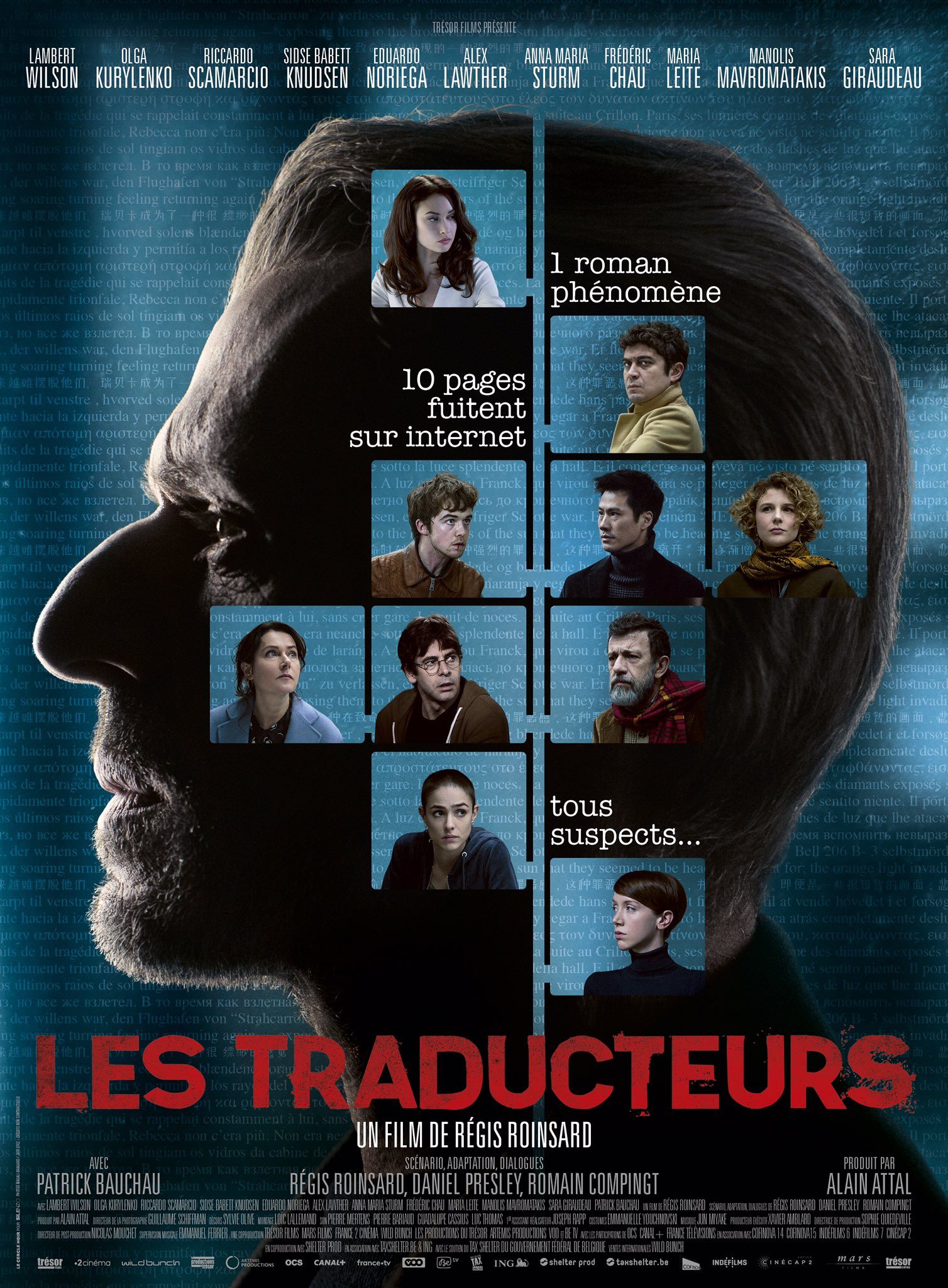