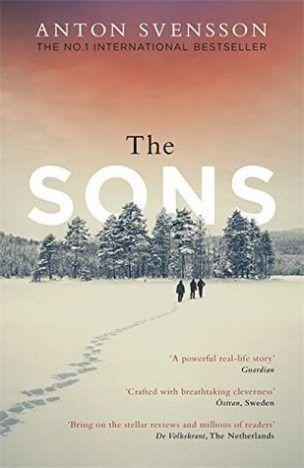 This is the sequel to the excellent Father, written by the Swedish duo of Anders Roslund and Stefan Thunberg (Anton Svensson is their nom de plume). Roslund along with Börge Hellström wrote seven novels in the acclaimed Grens&Sundkvist series, while Thunberg is widely known for his screenplays for television series such as Wallander, Farang, and Jägarna.


The Father is a crime novel, based on S. Thunberg's true family story which involved his three brothers in a series of violent armed robberies in various banks in Stockholm as well as the theft of a vast amount of firearms (MK-4) from the Swedish army. The country's media coined the term "Military Gang" to name the young criminals, mainly due to the meticulous planning and precision in action which characterized their -10 in total- robberies. The main theme of The Father is the father-son relationship, the familial bonds and sense of familial obligation, and the calamitous consequences of domestic abuse in the family's weakest members, the little children. The novel focuses on the relationship between Ivan -the father- and the oldest son, Leo, who learns how to fight and always remain loyal to his family. Stefan Thunberg wrote that the book "has been an unsettling journey to encounter the strongest family ties I have ever seen, in both good and evil, to be able to write about what was on the surface just a series of heists but that perhaps actually was a violent father-son showdown". The result is a book that blends two different genres, true crime, and crime fiction, or as Thunberg states: "I didn't want to write a documentary, but instead use the genre of fiction so that I could exercise artistic freedom (...) quite simply I wanted to break reality apart and patch it up together again".

While the first book was largely based on real events, The Sons is a purely fictional novel which begins at the day which Leo, the older of the three brothers and the criminal mastermind, is released from prison after 6 years of incarceration for the crimes that were narrated in The Father and resulted in the imprisonment of all three brothers (Leo, Felix, and Vincent) as well as their violent and abusing father, Ivan, who participated in the final -and biggest- heist. Even though Leo spent the last few years in confinement, he is not done with his previous lifestyle and during the last two years in Österåker Prison, he was planning a mega-heist which would be Sweden's biggest robbery ever. The loot would be more than a hundred million kronor and the crime would take place in the safest building in the whole Stockholm area, which is the central police precinct in the city's center. Leo's accomplice is a fellow inmate in Österåker, Sam Larsen, who happens to be the older brother of Leo's arch-nemesis, John Broncks, the police officer who arrested him along with his father and two younger brothers six years ago. John and Sam also share a troubled past marked by the existence of an abusive father who once almost killed little John. I won't say any more about the novel's plot as it would spoil your reading experience.

The protagonist of The Sons is Leo and the other two brothers play a secondary role, especially Felix who is almost absent from the book's pages, and the emphasis is given in the cat and mouse game between Leo and Broncks who is determined to bring him down once and for all this time. There is suspense, action, and twists in the plot that make the novel easy to read -easier than its prequel- but there is less weight given in the characters' interactions and thought processes that made The Father a stand-out read.

It should also be mentioned that it will be hard to fully comprehend and enjoy The Sons without having read The Father first. You won't be able to grasp the complexity of the characters and the nature of their relationships, thus losing a very important aspect of the book. Think of it like being one novel instead of two -besides the title of this two-book series is Made in Sweden-. All loyal fans of the Nordic Noir genre and true crime aficionados should read those two great books that will be remembered in the years to come as one of the best samples of Swedish, and Scandinavian in general, crime fiction texts.