The Sharp Edge of a Snowflake

A nice debut thriller by another talented crime fiction author. 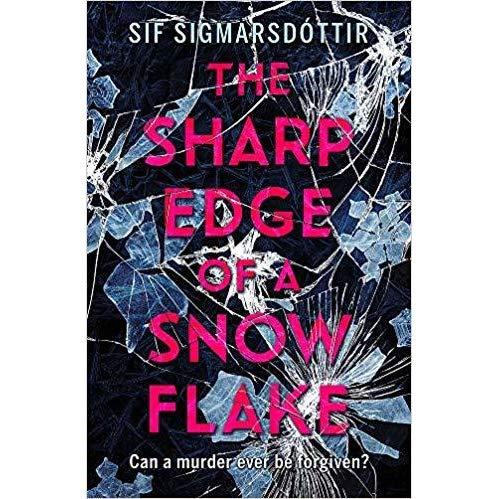 This book was a smooth read and thoroughly enjoyable for me in particular as it describes the Icelanders and their way of life from a third-person perspective. Hannah is a teenage girl born in Iceland but living in London for most of her life and the book begins with one of the two protagonists of the novel, Hannah, is forced to move from London back to Reykjavik in order to live with her father, the chief in a local paper, her step-mother and her two half-siblings. Hannah is an aspiring journalist who was in charge of her school newspaper back in England. Hannah is narrating her story in first-person and she is the only character in this book to do so.

At the same time that Hannah's story begins to unravel, the reader is introduced to the character of Imogen, an English social media influencer who carries dark secrets from her past that torments her. Imogen, who works in a marketing firm doing statistical research to point out the most appropriate target group for an advertisement, will travel to Iceland on behalf of her job in London and she will have to face the person who is responsible for her psychological meltdown the last few years of her life. Imogen hatches a plan to get revenge from the man that ruined her dreams.

That is the basic premise for both the stories that are narrated in The Sharp Edge of a Snowflake and they gradually merge into one as the plot evolves only to finally collide in the last pages of the novel. I found the finale to be mildly disappointing as the build-up of the plot's tension is deflated in the mediocre last 30-40 pages. Of course, I should stress out that the above fact is not related to the quality level of the author's writing style and technique. As I mentioned at the beginning of my review, the reader has the opportunity to learn quite a few interesting bits of information concerning Iceland and the Icelanders from Hannah's outsider point of view, while there are also many thoughtful insights on the use and effects of the social media such as Facebook or Twitter.

This is the first attempt of Sif Sigmarsdóttir to write a crime novel, though the Icelandic author has already published some other brain-stimulating books like I am Traitor. I believe that we shall hear more news from her from now on as she succeeded in this first experiment in the genre.

The Sharp Edge of a Snowflake