Better than the "Whisper Man". 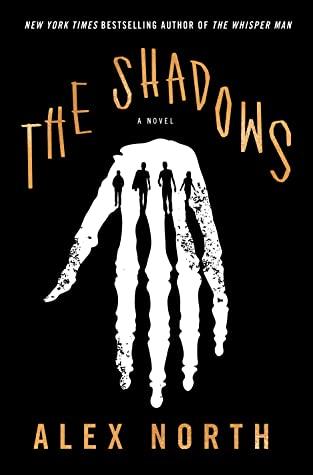 This is the second novel written by the English crime fiction author Alex North, whose debut, The Whisper Man, was one of the most hyped and popular bestsellers of 2019. The Shadows bears many similarities with North's previous work as it is a fine blend of mystery, thriller and horror fiction, narrated through multiple perspectives and different timelines. It exudes a very Stephen-King-like feeling as far as the main storyline is concerned and it is filled with creepy scenes and nightmarish moments that will haunt the reader for a long time. The setting of the book is Gritten, a small industrial town about a hundred kilometers north of Featherbank, the city where the events of The Whisper Man took place. Gritten's woods, called The Shadows, provide the best background for the dense plot to unfold and according to the legend, there lives a ghost-like creature, the Redhands, who presents himself in the dreamworlds of the local teenagers and prompts them into doing horrible acts. But, is Redhands a true entity or are the brutal murders of teenage kids that spread around Gritten the doing of disturbed individuals who believe in supernatural and paranormal phenomena?

Paul Adams has left Gritten twenty-five years ago after his best friend is found murdered in the woods. The crime scene is brimming with bloody handprints and the police immediately suspect Paul and his buddies for the killing. Charlie Crabtree and Billy Roberts are the prime suspects and Billy is arrested quickly after he is found wandering in the woods covered in blood with a notebook and a knife in his hands. Nevertheless, Charlie has vanished without a trace and the authorities are at a loss regarding his whereabouts. The aforementioned events have a profound effect on Paul and his mother who urges him to leave Gritten and never look back. Paul is marked for life and his guilt for not being able to help, or even save, his friend is overwhelming and plagues him for the years to follow.

Today, Paul is forced to return to Gritten to visit his ailing mother who suffers from cancer and dementia. She resides in a hospice and when Paul sees her, she tells him that he shouldn't be there and that something is inside in their house, something that is connected with the killing that took place so many years, ago. Shaken, Paul will ransack his family home and he will find newspaper clippings that report a string of bizarre copycat murders of teenagers that happened during the last 25 years. The killers, who are also teenagers, seem to have been inspired by Charlie's legacy which is discussed in multiple forums on the dark web.

Detective Amanda Beck takes on the case of Mike Price who is found murdered in an identical manner in Featherbank and she travels to Gritten in order to identify a possible pattern that began a quarter of a century ago. Amanda will meet Paul who is a person of interest as he was the best friend of the first victim and was also suspected initially by the authorities for his killing. Together, they will have to fit the pieces into the puzzle and find the person who incites those atrocities and uses young men as human puppets to carry out vicious murders.

In The Shadows, Alex North explores many themes, the most prominent of them being lucid dreaming. It refers to the state where an individual wakes up in his dream while being asleep. Thus, he can control what happens in his dreamworld. The story is narrated through a double timeline, jumping back and forth between then and now. In the past timeline, Paul remembers his years in school when he, along with James, Charlie, and Billy practiced lucid dreaming, struggling to create a common dreaming world where they can meet the mysterious figure of Redhand, a dark figure that feeds on human pain and suffering. In the present, Paul narrates in first person the disturbing events he experiences after his return to his hometown. There are also some interjected scenes where we follow Amanda's perspective and the authorities' investigation that seeks to find the culprit for Mike's homicide.

The atmosphere of the novel is genuinely terrifying and there are sad, depressing undertones as the two main protagonists have many unresolved issues, especially concerning their respective relationships with their deceased parents. There is an unexpected twist in the final part that forces the reader to re-evaluate the information given until then. Everything is thoroughly explained in the end and there are no significant plotholes left in the story. If you are a fan of Stephen King's work, you will definitely love The Shadows and the same is true if you enjoy novels by authors such as C. J. Tudor, John Ajvide Lindqvist, and Yrsa Sigurdadorttir. Many reviewers seem to think that this novel is a bit worse than The Whisper Man, but, in my opinion, it is even better. Alex North is a new voice in the mystery/horror genre and his work is worthy of our complete attention for the years to come.