The Secret Life of Mr. Roos 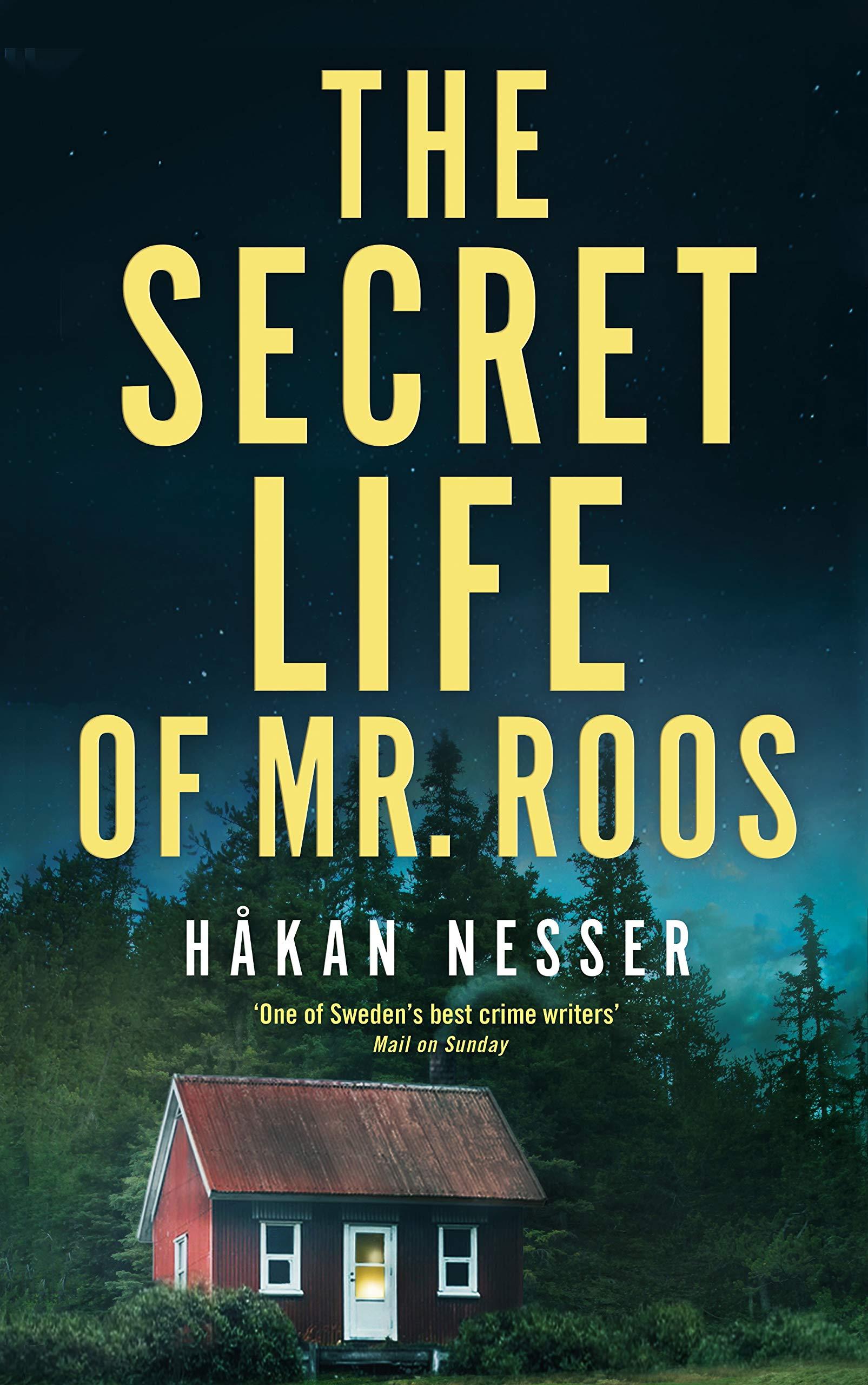 This is the third novel in Håkan Nesser's Barbarotti series that has been translated into English, after The Darkest Day and The Root of Evil, and it is the best so far. It should be noted that the first book was published in 2006 and introduced the brooding Inspector Gunnar Barbarotti to the readers. Nesser has written seven books, until now, in total featuring the pensive protagonist, but unfortunately, only the first three installments have been translated into English, thus leaving the author's loyal fans feeling disappointed and eager for more of his work. Nesser is most well-known for his Van Veeteren series, featuring ten books, the last one being The G File that was published in 2006 and ended an excellent collection of crime novels that has been also adapted into the television screen, starring Sven Wollter as chief Inspector Van Veeteren. Whoever is familiar with Van Veeteren books, knows about the fictitious city of Maardam, the setting of the series, which was also featured in Nesser's Intrigo, a collection of novellas that were adapted into cinema by the Swedish director, Daniel Alfredson. The Barbarotti novels have a different setting, the city of Kymlinge, another fictional creation of the author's imagination who seems to enjoy to fabricate imaginary landscapes where his stories unravel. Whereas the previous book, The Root of Evil, was written as a classical police procedural with some intervening chapters where the perpetrator of a series of homicides narrated events that had happened several years before, The Secret Life of Mr. Roos is not so much about the mystery and the ingenious plot, but rather a blend of literary and crime fiction that moves slowly forward, emphasizing on the two protagonists, Mr. Roos and Anna. Gunnar Barbarotti enters the scene around the middle of the story and after that, Nesser monitors both the police investigation and the two protagonists' actions.

The first part focuses on the character of Ante Valdemar Roos. He is a rather uninteresting and dull individual who works in a company producing flasks and lives along with his wife Alice, and his two stepdaughters who don't seem to be exactly fond of him. Valdemar's father committed suicide fifty years earlier, an event that made him a pessimist, lacking the necessary drive to deal with everyday life. The relation between his inner self and the cosmos is characterized by a profound feeling of melancholy, a longing with nothing to actually long for, his whole existence is overshadowed by a thick veil of gloominess. One morning, Valdemar reads in the newspaper that he won a significant amount of money in the lottery and this is the beginning of a radical shift in his life as he decides to quit his boring job and buy a hut in a place called Logarna, thirty kilometers away from Kymlinge. He doesn't tell his wife about anything of the above and pretends to go every day at work as he used to. When he is in his new house, Valdemar feels like a king as it is a remote cabin in the woods and the nearest neighbor is far away. There he can be true to himself, has the time to contemplate and reconsider his views on the world that surrounds him, in a peaceful environment. His routine is disrupted when one day he enters the small house to find that someone has broken into his shabby palace.

The intruder's name is Anna Gambowska, a twenty-one-year-old girl of Polish extraction who is a runaway from a drug rehabilitation center. Anna has reached a critical moment in her life as she is on the verge of leaving behind her drug-fuelled existence as well as her low-life friends such as her abusive ex-boyfriend, Steffo, a slighlty psychotic drug addict who thinks that he owns Anna. Anna finds refuge in Valdemar's cabin and she initially intends to spend a day or two in order to work out what to do next. She is broke, carrying only a backpack and a guitar, and has nobody to ask help from as her mother is currently in Poland visiting her sick mother. To her surprise, Valdemar doesn't seem to be bothered by her appearance and soon an unlikely friendship will begin to develop between those two odd individuals. Anna reminds Valdemar the simple pleasures in life and he is more than grateful to his uninvited guest for that. But after the first week of their acquaintance, Anna's past will come to haunt her once again. This will lead Valdemar to take Anna with him and flee away from, Sweden.

Gunnar Barbarotti is hospitalized with a broken leg after he fell from the roof of his house straight into a wheelbarrow. He is married to Marianne and has to put up with his annoying brother-in-law who lives temporarily under the same roof with them. Along with his sidekick, Eva Backman, he will investigate Ante Valdemar Roos's disappearance, a case that intrigues him from the first moment although he doesn't seem to know why. He likes to think that it is his inherent humanism that makes him feel unexplained proximity to Valdemar and he discusses the case with Marianne in order to get some insights into his sudden vanishing. Barbarotti is a compelling detective-protagonist, unlike the majority of Nordic investigators who harbor dark secrets and battle with their inner demons. Of course, he has his own capriciousness that renders him rather likable as a character. He has a nice sense of humor, but also at times he demonstrates a solemnity that leads to some striking remarks and aphorisms about life and his fellow humans.

In the first part of the book, Nesser uses alternate chapters, to narrate the events and circumstances that brought Valdemar and Anna together while maintaining a slow tempo that some may find tedious. Nevertheless, Nesser is a master storyteller and the most exciting element in his work is not the action-filled plotlines but the magnificent characterization and well-crafted prose that keeps the reader glued to his seat. The Secret Life of Mr. Roos excels in the above and I believe that is the most mature Barbarotti novel so far. Even though it is the third book in the series, it can be read without having read the previous two, though, it would help to have prior knowledge of the main characters. Overall, it was a fascinating read, worthy of the author's talent and set of skills and we are in anticipation of the fourth installment published in English.

The Secret Life of Mr. Roos