An extraordinary debut by Sarah Pearce. 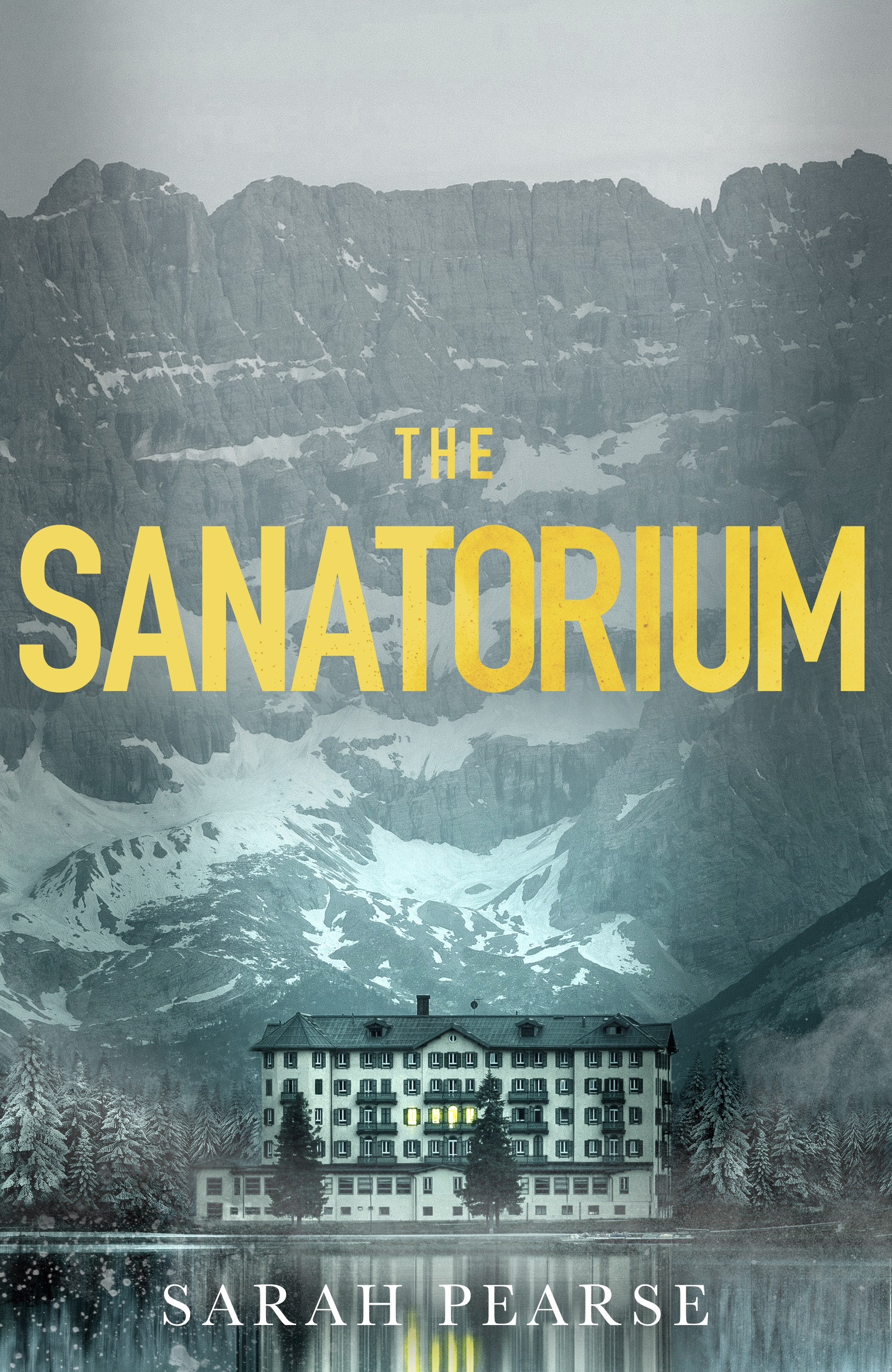 This is one of the most exhilarating debut novels that I've read in the last few years, an explosive thriller which unravels in a dark, sinister setting in the Swiss Alps, a place familiar to the author, Sarah Pearce, who explored the mountains and the small Alpine town of Crans Montana when she moved to Switzerland after completing her studies in the English language and creative writing at the University of Warwick. The reader gets instantly sucked in the densely plotted story and the ominous setting which is reminiscent of the best works by masters of the thriller/horror genre. In fact, "Le Sommet", the luxurious hotel that used to be a sanatorium hosting tuberculosis patients, is the major protagonist in this astonishing book and the number one reason to read this exemplary mystery. The building's imposing structure and minimalist decoration aiming to "create a narrative", a kind of bond that connects the modern, extravagant winter resort to its grim history, provide the perfect backdrop to the story which unfolds through the perspective of multiple characters, thus strengthening and accelerating the narrative tempo.

The Sanatorium features a multitude of plausible, three-dimensional main characters and the gradual revelation of their shared history throughout the novel explains their strained relationships and tenseful interactions that dominate the first part of the book. Each one of the protagonists is filled with secrets, deeply buried in the past that threaten to resurface and disrupt the normality of their everyday lives. Pearce's prose is captivating as she knows how to create a chilling, eerie atmosphere and weave the plot of her story in a masterful, unforced way which proves that it is not necessary for an author to have a significant writing experience in order to design an enthralling fictional universe. The descriptive parts of the novel are fascinating and the reader feels like inhabiting the space where the story is taking place, while the dialogue is equally credible and convincing making the interactions between the main characters feel natural.

The story begins with the murder of Daniel Lemaitre, the architect who designed "Le Sommet", by an unknown assailant wearing a gas mask. Next, we read as Elin and Will, a young English couple, visit Switzerland and the secluded resort in order to attend Elin's brother, Isaac's, engagement party. Elin hasn't seen Isaac for several years and their reunion is not a happy one as there are many things left unsaid between them. Furthermore, Elin used to be best friends with Laure, Isaac's fiance, and the relationship between them is also a complicated one. When Laure mysteriously vanishes the night of Elin and Will's arrival, Isaac will ask for her help as his sister is a detective, even though she is currently on an extended break from work, and she accepts the challenge. When the body of Daniel Lemaitre is discovered near the hotel's premises the morning after Laure's disappearance, Elin's instinct will tell her that this can't be a coincidence and that the two cases have to be connected in some way.

Elin is one of the most compelling female protagonists in the recent crime fiction history as she is insecure, asthmatic, slightly depressive, prone to panic attacks and carrying many traumas from her past. She's recently lost her mother from cancer, while her brother, Sam, died in an unexplained tragic accident when Elin was only a kid. Sam's death made Elin to become a cop as for all her life she struggled to find answers regarding her brother's untimely demise. Elin's vulnerability makes her extremely sensitive to her surroundings and she instantly feels that something isn't right with the hotel which elicits a visceral response from her right from the beginning. The vast, empty spaces of "Le Sommet", the room which is filled with old artefacts and medical equipment from when the place was a sanatorium, and the glass walls that make her feel exposed at all times do nothing to comfort her. She will have to remember her days on the force in order to get to the bottom of this disturbing case that becomes weirder and more disturbing as the story progresses.

The book is full of twists and surprises and the reader keeps turning the pages to find out what happens next in this seducing thriller that feels like reading a Jo-Nesbø-meets-Stephen-King novel. Fans of Scandinavian crime fiction will definitely love The Sanatorium and especially those who enjoy the thrillers by Lars Kepler, Yrsa Sigurðardóttir, and Johan Theorin. I've rarely encountered such a well-rounded debut novel and I truly hope and expect that soon the readers will have the chance to read more of Sarah Pearce's work soon. I am thrilled to read many raving reviews about the book in the various relevant social platforms as I firmly believe that this is a novel that deserves wide appraisal and recognition. It should also be noted that the book was Reese’s Book Club February pick, something that further boosted the hype surrounding it. Thank you Sarah!