Interesting, though a bit uneven.

The Realm (original title: El Reino) is a political thriller from Spain, directed by the talented Rodrigo Sorogoyen who also gave us the brilliant May God Save Us (Que Dios Nos Perdone), one of the best European thrillers of the decade. In this movie, though he doesn't achieve the top level of his previous work. The film's protagonist, Manuel, -an exceptional performance once again by Antonio de la Torre- strives in order to stay alive in the country's political scene after being accused of a major scandal involving embezzlement and money laundering.

The frenetic tempo of the first 45 minutes confused me and made me lost count of the names and ranks of the various characters which were introduced, but after Manuel's indictment the movie starts to feel more comprehensible and the story more concise. The editing is super-fast and even the soundtrack adds to the movie's rapid pace. We follow Manuel, who is present in nearly every single scene of the movie, witnessing his attempts to save himself as well as to exact revenge from the people who think that deceived him and made him a scapegoat. The last ten minutes, Manuel's tv interview, conclude the film in the best possible way with the journalist's final question remaining hanging for the viewer to think and dwell on.

The picture of the Spanish political life in The Realm is not a flattering one as the high-ranking politicians are depicted as cruel, profiteering gangsters who enjoy luxurious lives at the expense of Spanish people who prefer to ignore the country's totally unreliable political system as they have to deal with the problems in their everyday lives which are caused by the nation's governments. There are points in the movie that offers food for thought and many viewers, especially those who live in Europe's southern countries, will recognize many of the depicted blemishes as their own. I would definitely give the movie a higher rating if it were not for the confusion of the first half which has a rather bewildering effect to the viewer because of the reasons I stated above. To sum up, I believe that The Realm is a film worthy of recommendation despite its flaws, and it will appeal most to the fans of Spanish crime/thriller films as well as to those who enjoy political thrillers. 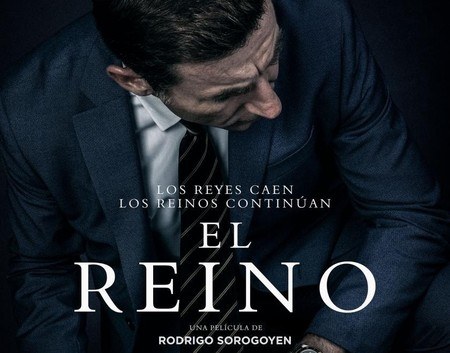