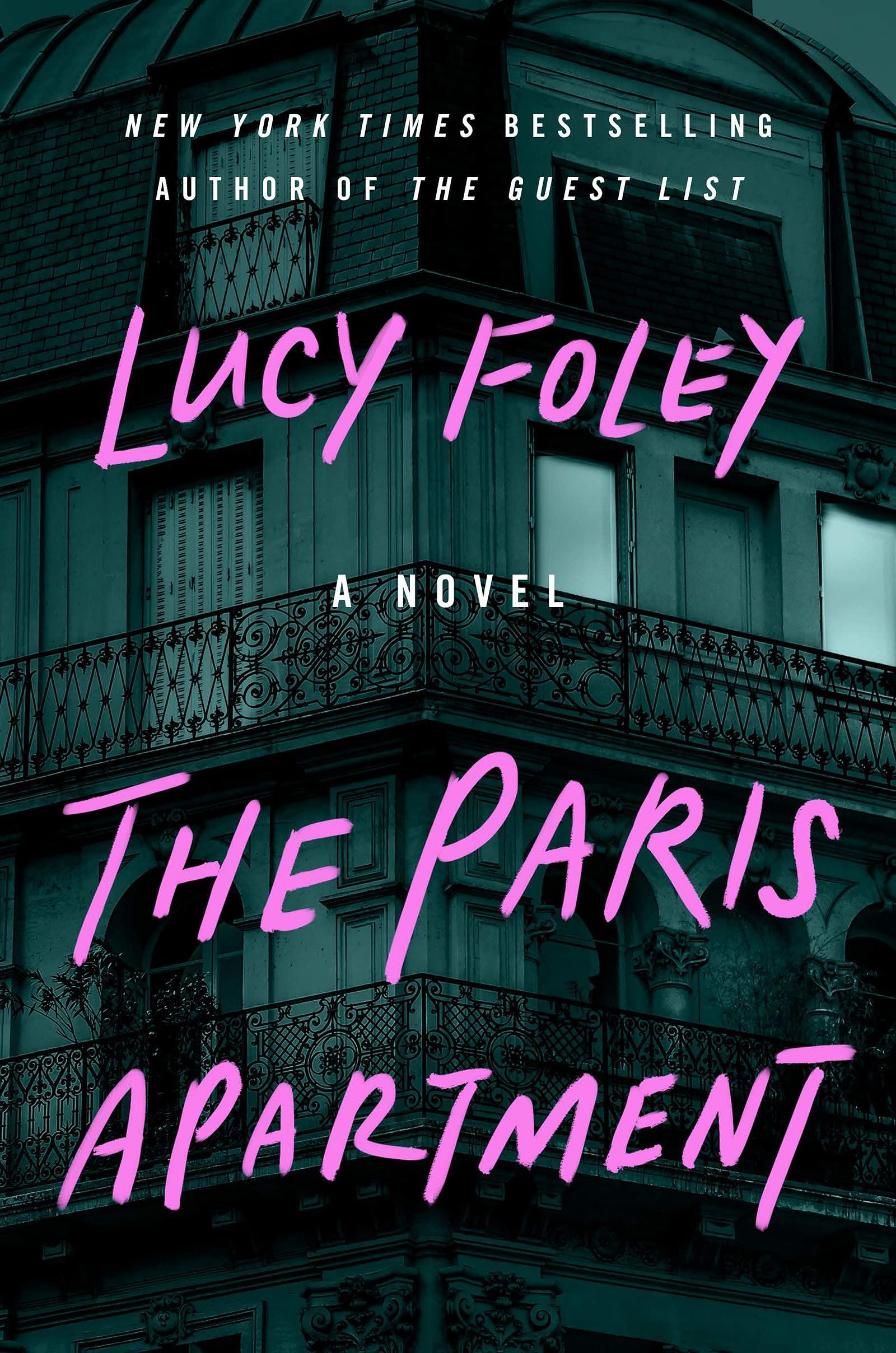 The announcement of the upcoming publication of Lucy Foley's latest novel always generates enthusiasm and a great deal of hype among the crime fiction fans as with her previous work, namely The Hunting Party and The Guest List, the British author reinvigorated the classic locked-room and whodunit mystery, adding a fresh, modern touch on the sub-genre. Critics and book bloggers praised Foley's writing and her choices concerning specific narrative techniques and plot tropes that she frequently uses. Thus, when the news that a new mystery, titled The Paris Apartment, was about to be released, there was a fervor of excitement among the author's numerous fans who were more than eager to dig their heels in another thrilling story, keen to be taken for a ride by a crime writer who knows how to effectively trick her readers, leading them to believe one thing when something completely different is at play.

The previous books were vast commercial successes and solidified Foley's stature as one of the most prominent new voices in the genre. Even though I enjoyed both her previous writing endeavors, I was not convinced that Foley is a good author considering the unremarkable use of language, the simplistic prose, and the awkward characterization. Most readers seem willing to overlook those significant flaws in favor of the actual story that is told and the many plot twists that constantly upend the narrative making us wonder what will come next. Foley's strength as a crime writer is her ability to concoct sly plotlines which she narrates employing a variety of tools such as the multiple perspective storytelling, the alternation between past and present timeline that aims to add some depth to the story and characters, and her brilliant handling of the whodunit element accentuated by the employment of several red herrings which disorientate the reader, making the unforeseen final revelation all the more fortuitous.

In The Paris Apartment Foley dares to choose a different setting for her characters, placing the action in the City of Light, the sophisticated and -still-bohemian Paris. The protagonist is Jess, a young woman who flees England after committing a transgression in her place of work. She travels to Paris where her step-brother, Ben, is permanently residing and working as an entertainment journalist, mainly reviewing restaurants. As Jess arrives at the address of Ben's house, she is stunned by the luxurious building that looms over one of the most posh Parisian neighborhoods. After a nasty encounter with a rude, wretched man who insults her just for wanting to enter the grounds of the ostentatious edifice that seems to be her brother's home, Jess is frantically trying to get a hold of Ben who doesn't answer his phone and seems to be out of his apartment. After several futile attempts to contact Ben, Jess breaks into his apartment which is empty and she finds some disturbing speckles of blood on the floor.

Bewildered and concerned, our hero realizes that the only way to learn more about her brother's disappearing act is to seek information from the neighboring apartments of the grand building. Nevertheless, her first attempts hit a brick wall as each tenant denes having seen Ben recently and clearly show to Jess their eagerness to get rid of her. Feeling obstinate and determined to find her step-brother's whereabouts, she embarks on an adventure in which she will have to overcome the neighbors hostility and unearth their dirty secrets if that's what's necessary for learning the truth about Ben. Very quickly, she discovers that Ben was working on a big investigative journalism piece on a subject that is closely linked to the place where he lived for the past few months. Jess is convinced that the other occupants know more than they are letting on, but in order to unearth their secrets, she will have to tread carefully as no one can be truly trusted.

Ben's neighbors are outlined in a way that struck me as stereotypical and formulaic. There is the constantly distressed teenager who is prone to obsessive thoughts, the oppresive patriarch who belittles his own children, the promiscuous young woman, devoted in pleasure-seeking and enjoying sex, the uptight landlady whose snub demeanor acts like a mask underneath of which dirty secrets from the past are buried, and so on. All the characters, including Jess, are one-dimensional and there are times that they feel like caricatures as the writer emphasizes on one particular trait that dictates their behavior throughout the development of the story. That wouldn't be much of a problem, after all one gets used to awry characterization after reading tons of crime novels, if the story and the plot have been more engaging. While not being completely bland, the evolution of the plot offers no compelling thrills to the reader who keeps turning the pages thinking that perhaps the story will pick up pace at a later stage.

However, this proves not to be the case and the novel concludes in an anti-climactic manner with a final plot twist that was surely intended to astonish the readers, but fails to do so because of its implausibility and ineffectiveness. I don't want to sound too negative, but certainly The Paris Apartment didn't live up to the hype and is perhaps Foley's weakest title to date. By the above, I don't mean that this is an unreadable novel, it is an easily digested mystery that prompts you to keep your attention on the page and it's a text that can be read quickly, without demanding any serious mental effort, and merrily as it tells a story that retains some of the trademarks of the classic whodunit mystery. There is a fair amount of guesswork, even if the possible villain has to be found among a limited number of characters who take their turns narrating the story in their own voice. The multiple POV accelerates the pacing in a tale of mystery that begins even from the first page of the novel. Foley doesn't beat around the bush and instantly introduces the reader to the action, skipping potential introductory chapters where we could meet the characters and become better acquainted with them.

If I had to rate this book I would give it a generous 2,5/5. Fans of authors such as Ruth Ware and Shari Lapena will appreciate The Paris Apartment, though all those who expect an enticing mystery/thriller will feel underwhelmed.