An uproarious crime/comedy from Belgium.

What happens when the husband of your beloved sister and father of your niece, is a wretched, despicable character who does everything in his power to get murdered? That's the main question in the Flemish 2012 production The Out-Laws (original title: Clan), a black comedy with a hilarious plotline that revolves around the desperate attempts of four sisters to kill their brother-in-law, Jean-Claude Delcorps, who has harmed them one-by-one in ways nobody can fathom. The show focuses on the, more or less, tedious lives of the five Goethals sisters who have clung to each other since the early demise of their parents. The strong bond between them is disrupted when Goedele marries the loathsome Jean-Claude who transforms her into a submissive housewife with no hobbies or other aspirations, confined to her kitchen. The four sisters sign a pact to liquidate Jean-Claude as apart from their sister's degradation to an idle creature with no will of her own, each one of them has personal reasons to hate Jean-Claude and wish him ill. Together they will conspire and plot the murder of their vile enemy, but things never seem to go according to the plan and sometimes innocent people get hurt as collateral damage during the many attempts on Jean-Claude's life.

Jean-Claude Delcorps is one of the most heinous characters that ever appeared on the small screen. His odious pranks deem him a man with no boundaries, a sadist who enjoys watching his closest friends and family get humiliated, fired from their jobs, or even incarcerated. Dirk Roofthooft gives an unforgettable performance as Jean-Claude and his character is perhaps the strongest aspect of this show. Barbara Sarafian plays the eldest of the sisters, Eva, a single woman with a psychiatric past and infertility problems while Maaike Neuville, one of the most popular Flemish female actors, portrays Rebekka Goethals, the youngest and most promiscuous of the five. Kristine Van Pellicom and Ruth Becquarrt are Veerle and Bibi Goethals respectively while Inge Paulussen is decent in the role of the timid and obedient Goedele.

The first episode begins with Jean-Claude's funeral, the cause of his death remaining hidden from the audience. We get introduced to the five sisters and then we are transferred to the past through the heavy use of flashbacks. There we witness Jean-Claude's obnoxious behavior and the effect it has on each one of the sisters. Soon, Eva and Bibi decide that it is time to do something drastic about their abhorrent brother-in-law who is dead set on ruining their lives. The Out-Laws adopts a double timeline narrative as the story unfolds partly in the present, that is after Jean-Claude's death, where two insurance agents, the Dewitt brothers, are struggling to prove that Jean-Claude's death was murder and not an accident. In the past timeline, we are watching one-by-one the unsuccessful murder attempts committed by the four sisters who seem to be completely out of luck as their brother-in-law always manages to walk away unscathed.

Flemish cinema and television have offered many underappreciated gems during the last decade and the so-called "Flemish Wave" is one of the most vigorous contemporary movements in Europe. Movies such as The Treatment and The Ardennes or television shows like The Break and The Day stand on the highest of levels as far as production values, compelling plotlines, and memorable performances are concerned. The Out-Laws is a fine black comedy that is entertaining and funny as well as suspenseful. It is certainly not the best Belgian television export, but it remains a fitting choice for a binge-watching weekend during the Covid-19 quarantine. 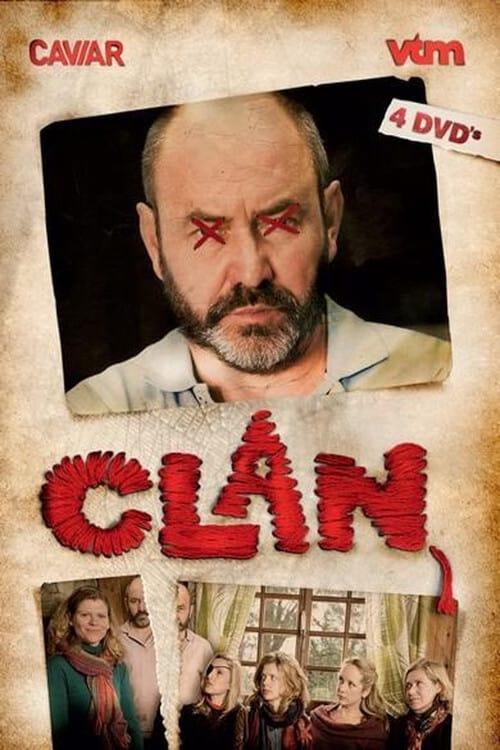