A magnificent crime film from Iceland.

The Oath (original title: Eiðurinn) is an Icelandic production, directed by the famous auteur, Baltasar Kormákur who gave us the exceptional Jar City in 2006 -a film based on a novel by Arnaldur Indridason- and is also the creator of the compelling television series, Trapped. Kormákur is also the screenwriter of this film, along with Ólafur Egilsson, and the protagonist as he portrays Finnur, an upper-class surgeon and father of Anna, a troubled teenager who is madly in love with a low-life criminal, Óttar (Gísli Örn Garðarsson is great in his performance). Of course, Finnur doesn't approve of his daughter's relationship and he is willing to do anything in order to win her back and be a family once again. But things spiral out of control and Finnur finds himself in a tough spot where he has to violate the Hippocratic Oath -this is the titular oath- that every doctor takes at the beginning of his career, or lose his offspring for good.

The plot unfolds on a rather steady tempo and the viewer has the opportunity to indulge in the great cinematography of the movie which is one of its greatest merits. The Icelandic landscape is a character in itself and always triggers a variety of gloomy, melancholic feeling that suits the story perfectly. The Oath is an emotional story about the existence -or not- of limits in the actions of a parent who wants to save his child from corruption and decay. The finale is moving and unconventional, giving the viewer's imagination space for his own interpretation.

The production values of the film are of high quality and I think that The Oath is a better movie from the majority of the crime films produced in Hollywood. Baltasar Kormákur proves -once again- that he is a rising star in direction and that his point of view is insightful as well as humane. 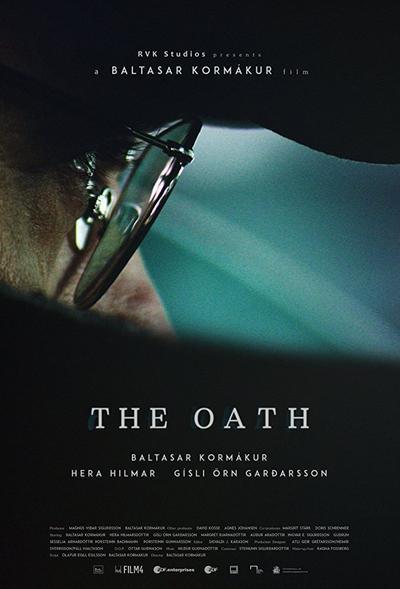