The Night of the Fire

Arson and xenophobia in the Swedish countryside. 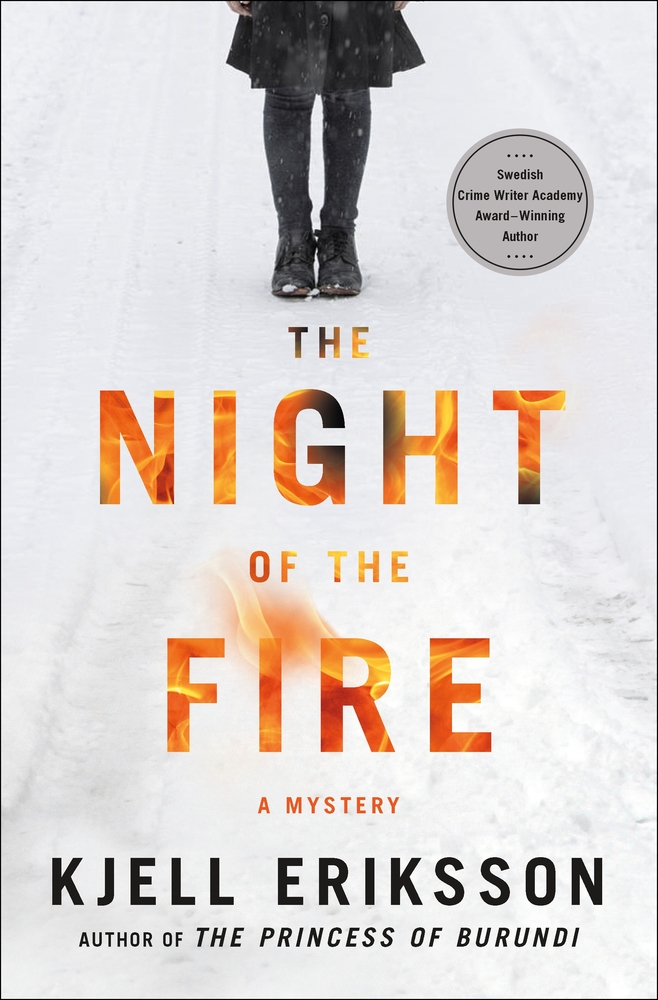 This is my first acquaintance with Kjell Eriksson's pen and the experience was more than gratifying. In the past, I started reading another novel of his, The Cruel Stars of the Night, but I quickly dismissed it as tedious and slow-paced, even though I haven't read more than 100 pages. In hindsight, this was a big mistake as the Swedish author takes his time in building complex plotlines, three-dimensional characters, and a certain level of suspense in his work. The same happens in The Night of the Fire, the latest installment in his Ann Lindell series that tackles the issue of racism and xenophobia in contemporary Swedish society, and more specifically in the Swedish countryside. The setting of the book is the little village of Tilltorp which happens to be the place where the protagonist, ex-police-detective Ann Lindell, now resides after her retirement from the Violent Crimes Unit in the town of Uppsala. The reader has to keep in mind that Sweden is one of the many European countries where far-right parties gained significant power during the last few decades and let's not forget Stieg Larsson's investigation on Swedish neo-nazis as the founder of the Swedish Expo Organization that subsequently led to the publication of the notorious Expo magazine in 1995. One of the major subjects of his research was the Swedish Democrats, a nationalist party founded in 1988 which polled 17.5% in the 2018 Swedish general election, securing 62 seats in parliament, becoming the third-largest party in Sweden. The party's representatives often express anti-immigrant views and it is considered to be the cornerstone of xenophobia in the country's political scene.

The story begins with the suspected arson of the village's old school which now functions as a hot-spot for refugees coming from Afghanistan and Syria. The fire results in the death of several individuals and the disappearance of a young foreigner whose fate is still unknown to the authorities. Five months after the incident, another arson takes place on a farm near Ann's cottage that leads to the demise of two youngsters who are suspected of the torching of the school. Sammy Nilsson, Ann Lindell's old colleague who still works in the Violent Crimes Department in Uppsala, is puzzled as he has to determine once and for all if the two tragic events are related and he will have to delve into the small community's gossip and small-talk in order to solve the case. There are people in the village who know more than they let on but hesitate to come forward for various reasons. The only way for the authorities to break the wall of silence is through interviewing the potential witnesses repeatedly in order to discern the truth behind all the lies and distortions. Sammy will find an unexpected ally in this difficult case as Ann cannot forget her past as a detective and she soon begins to make her own investigation, asking questions and provoking a brutal attack from the villagers who want to keep their secrets buried. Sammy and Ann's research will lead further, to a far-right terrorist cell that plans several attacks in major Swedish cities.

Ann is adapting to a quiet life in the countryside and she makes her living as a cheese producer. Her son, Erik, doesn't live with her anymore, but he visits sometimes while the love of her life, a man called Edvard, is keeping her on her toes with his erratic, unstable attitude. Ann will be drawn to the arson investigation when she will find a dead badger on her own bed, a sign that there is someone who wishes her ill and wants her to stop asking disturbing questions to the wrong people. More intrusions to her house and threats to her peace of mind will follow, something that will make Ann all the more determined to get to the bottom of the case. She is a stubborn, strong character who, nevertheless, has flaws and weaknesses that make her human and likable to the readers. We are bound to root for Ann and hope that she will overcome the difficulties in her personal life. Ann and Sammy share a rather complicated relationship and many things remain untold between them. That adds a certain level of tension in their interactions that will make more sense to those who have read the previous books in the series. Sammy has his own share of personal problems and he is a rather compelling character himself, his behavior and mood fluctuating throughout the book's 350 pages.

Even though in terms of plot, The Night of the Fire is a classic Nordic police procedural, some characteristics set it apart from the other novels of the genre. The sublime characterization and the strong social aspect of the book make the reader feel that the story he is reading could happen in real life, it is not a fictional universe anymore but a representation of a true scenario. This is due to the fact that the main theme of the book, racism, and xenophobia in the modern age, is such a hot topic for most of the European countries in our era. Apart from that fact, Kjell Eriksson's prose is vigorous and accurate, stimulating the reader's imagination while the mystery and suspense are kept alive from start to finish. It was great to be introduced to another great Swedish crime writer and his name is now added to my list of personal top representatives of Scandinavian crime fiction.

You can order this title on Amazon.com: https://www.amazon.com/gp/prod...

The Night of the Fire