The Mystery of Three Quarters 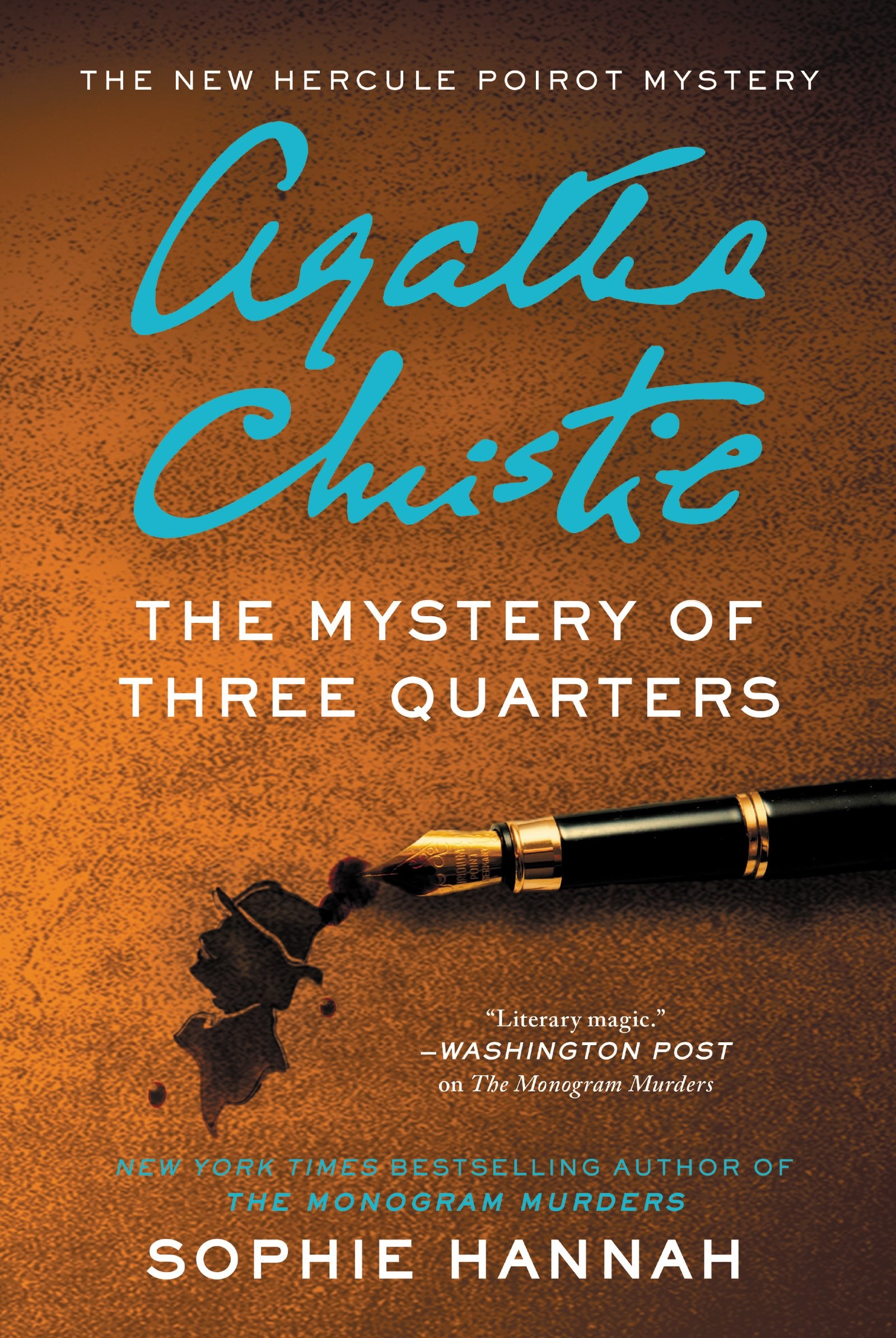 Hercule Poirot is perhaps the most famous character in the history of the crime fiction genre, a creation of the most prominent figure of the Golden Age of Detective Fiction, Agatha Christie. The Belgian sleuth with the well-groomed mustache and overactive little grey cells featured in 33 novels and more than 50 short stories, published between 1920 and 1975. Some of the most popular books with Poirot as the protagonist are The Murder of Roger Ackroyd, Murder on the Orient Express, and Death on the Nile. Many of them were adapted into feature films, theater plays, and television series, and many actors have portrayed Poirot such as Albert Finney, Peter Ustinov, and David Suchet. Suchet played Poirot in Agatha Christie's Poirot TV series, an impressive production that ran for over 25 years and shot each and every story written by Christie. Poirot suffered his literary death in 1975 when the last novel in the series, Curtain, was published. In the novel, Christie's beloved private detective plans and executes the perfect murder and then commits suicide by stopping taking his heart medication. The setting of the book is the Styles Court, a place known to Poirot as it is also the scene of his first case, narrated in The Mysterious Affair at Styles, published in 1920. Poirot's return to the old stomping ground signifies the completion of a cycle, from the beginning of his brilliant career to the unavoidable end.

39 years later, the Christie estate commissioned Sophie Hannah to write an original story featuring the notorious private investigator. Hannah was already an achieved author and her psychological thrillers have been well-received by critics and readers throughout the world. Today, she is the main teacher and course director of a Master's Degree in Crime and Thriller Writing at the University of Cambridge. In 2014, the first novel of the new Hercule Poirot has been published under the title The Monogram Murders. The second one, Closed Casket, appeared two years later and established Hannah as the successor to Agatha Christie's legacy. The British writer has stated that she is a huge fan of Christie's work and that she has read all of her novels more than once. She also gave interviews where she said that she didn't want to change or appropriate any of the trademark characteristics of the character as he essentially belongs to Agatha Christie. She struggled to stay loyal to Christie's descriptions of Poirot and chose not to transfer him to the contemporary era but preferred to set her plots in the England of the 1920s and 1930s, as her predecessor did.

The Mystery of Three Quarters is the third installment in the series and the best book so far. The story begins when an enraged woman, Sylvia Rule, visits Poirot in his estate to tell him that she has received a letter written by him in which he accuses her of the murder of one Barnabas Pandy, a man she hasn't ever met or even heard of. She is so furious that Poirot is shocked by her strong reaction and chooses not to defend himself as fiercely as he should. He just tells Sylvia that he is not the man who sent her this letter, but she doesn't want to hear anything. After she leaves, a young man, John McCrodden, approaches Poirot to tell him the exact same thing. He has also received a letter from Hercule Poirot that accuses him of killing Barnabas Pandy and he is certain that his father, an honorable judge, is behind this stunt as he claims that he hates him with all his heart. Bewildered, Poirot decides that this is a case that he has to investigate even if the authorities ruled Pandy's death an accident and not a murder. He is further intrigued when he finds out that two identical letters have been sent to two more individuals who also protest their innocence.

Several questions torment Poirot's head: was Barnabas Pandy murdered? If yes, who is the killer? What is the meaning of the four letters? Why the sender used Poirot's name and not any other? Are the recipients of the letters connected in any way? Slowly, and with the help of an Inspector of Scotland Yard, Poirot will begin to interrogate the people who received the letters and he will soon be convinced that some of them are lying to him and keeping secrets that may expose them. He soon reaches an impasse and it is only after he speaks again and again with the likely culprits that he forms his final theory and solves the case.

The story unfolds mainly through extended dialogue parts while the descriptive ones are limited, exactly as they were in Agatha Christie's original novels. The result is a quick-paced mystery with an intriguing plot and an ingenious final solution, presented by Poirot in the final pages of the book. Reading The Mystery of Three Quarters feels very much like reading one of the best Christie's books as all the hallmarks of her writing are there: a compelling storyline, a multi-faceted mystery, a strong whodunit element, and of course the extravagant persona of Poirot that looms over the secondary characters throughout the novel. It is a book that is easy to read and one can finish it in just one sitting, as I did. Sophie Hannah succeeds in a truly bold endeavor and proves that there are worthy crime fiction authors who can compete with the giants of the genre. Keep in mind that the fourth installment in the series, The Killings at Kingfisher Hill, has been published in 2020 and the reviews so far are more than satisfying. I hope that there will be more Poirot in the following years as his resurrection was one of the most anticipated literary events of the last decade.

The Mystery of Three Quarters