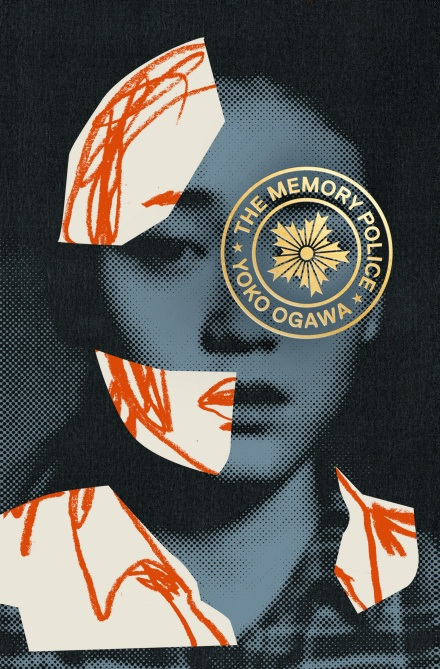 This is a dystopian novel set in an unnamed island where nearly every day certain things, objects or living beings disappear totally, leaving the inhabitants with absolutely no memory of them. The author uses simple, plain prose with some poetic -even lyrical- moments to narrate an Orwellian story where an oppressing institution, the titular Memory Police, makes sure that there is nothing left for the people to remember the "disappeared" entities. I mostly enjoyed the book, which was first published in 1994 and now translated in English for the first time, but even though it is a relatively short-length novel, I couldn't help feeling a bit bored in some parts that seemed to be a bit dull. There are some pretty interesting insights on the subjects of the nature of human memory and its relation with reality and the importance of the recollective experience in the structure of the individual's identity and sense of self. Furthermore, Yoko Ogawa outlines with great skillfulness the oppressive nature of a dictatorship giving the book a more political dimension. I would honestly give The Memory Police four stars out of five if the plot was stronger and more engaging, though I understand that the author's priority is not an intricate plot, but raising crucial questions regarding existential human problems. I believe that this is a book that will appeal more to the fans of the literary fiction genre rather than those of crime/mystery fiction.

I would like to thank NetGalley and the publisher for providing a free ARC of this title.