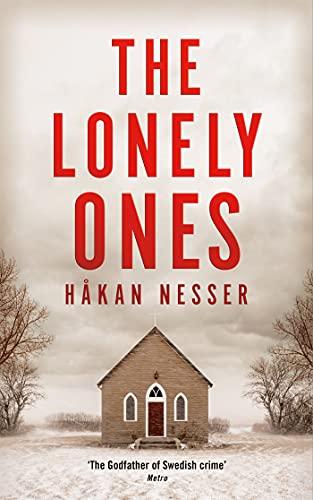 Håkan Nesser is one of the most brilliant contemporary Scandinavian storytellers and even though most of his novels fall under the genre of crime fiction, his incisive prose transcends any kind of literary boundary with its sharpness and penetrating quality. A trademark of his remarkable work, this particular writing style illuminates the darkest corners of the characters' psyche by graphically illustrating their innermost thoughts and feelings in a way that makes them both plausible and relatable to the reader. The stories that he chooses to narrate are often dismal and a subtle aura of pessimism is pervading the majority of his texts. Nesser became widely known through his celebrated Inspector Van Veeteren series, consisting of eleven books in total, which has been adapted into television, starring Sven Wollter in the role of the brooding, soul-searching protagonist. In this series, the Swedish author introduced his readers to one of the most beloved fictitious cities in Nordic crime fiction, that is Maardam.

In the Inspector Barbarotti series, Nesser continues in the same vein and delivers a series of slow-burning, long-drawn mysteries featuring another fascinating protagonist, Gunnar Barbarotti, a DI who likes to ponder on the meaning of life, plays his own peculiar games with God, and digs into puzzling cases that demand a certain level of intuitive skills in order to be solved. The setting is another fictional town, Kymlinge, where Barbarotti, along with his trusted colleague Eva Backman, set about their inquiries on cases of murder that sometimes date a long way back. The Lonely Ones is the fourth installment in the series and the last to be translated in English. So far, there are seven Barbarotti books written and it's a real shame that the English-speaking readership will have to wait another year for the release of the next volume. Van Veeteren and Barbarotti share several character traits, especially regarding their inclination to perceive things in an abstract and rather philosophical way, however Nesser is mindful enough to also attribute unique features to each one, so that the reader can form a distinct impression of them.

The plot and the mystery element are of secondary importance in Nesser's novels as the emphasis is on the the multitude of the main characters and the complexity of the relationships between them. The actual crime serves merely as a pretext of a story that aims to involve and emotionally move the reader through the ingenuity of the writing itself. We delve deep into the characters and strive to comprehend the motivation that lurks behind their actions while the author conveys their inner monologues that shine a light on their true nature. That doesn't mean that every character in those novels is sympathetic though; the author likes to portray the dark side of the human mind and some of the villains in his stories are truly despicable as it becomes apparent when we witness first-hand their distorted view on life and their fellow humans. Even so, the reader can't help but identify with some of these gloomy thoughts as nobody is immune to the seductive powers of wickedness and from time to time we find ourselves understanding some of the villains' more devious ruminations.

In The Lonely Ones, Barbarotti and his sidekick Eva Backman are called to investigate a bizarre case that stretches far back into the past. Germund Grooth, a professor of physics in the University of Lund is found dead in the bottom of a cliff in the woods of Kymlinge. The baffling coincidence that makes both Barbarotti and Backman think that this is not an accident or a suicide is the fact that thirty-five years earlier, in 1975, Grooth's girlfriend at the time, a young woman named Maria Winckler had fallen to her death in the exact same spot. In order to make head or tail with the case, the two seasoned detectives will have to dig deep into the victims' past and soon their investigation will focus on a group of students in the University of Uppsala in the early 1970s. Germund, Maria, Tomas, Gunilla, Rickard, and Anna used to be close friends during their academic studies in the fourth largest Swedish city, and their bond seemed to be strong until a fateful trip in the Eastern Bloc where an abhorrent incident changed them and left them marked forever.

We follow the police investigation on the one hand and in alternating chapters we are transported back to the beginning of the seventies where we are introduced to the main players of the story, the six amigos in Uppsala. Nesser gives his narrative time to breathe and evolve naturally without becoming tedious at any point, and we get to observe the characters from their initial meeting till the inevitable finale of their friendship. Rickard is a prospective clergyman and a student of theology, Maria is a borderline sociopathic French language scholar, Gunila is a young woman who gets enamored with Tomas, Maria's brother and the most arrogant member of the group, and Anna is a young leftist who slowly falls in love with Rickard. The latter is one of the key narrators in the past timeline and Nesser intersperses his parts with some excellent dialogue on the difference between the chase of meaning and that of happiness, quotes several references from the work of existentialist writers and philosophers such as Soren Kierkegaard, and attempts to analyze the inconsistencies between religiousness and true faith.

This is a sad, at times heartbreaking, story and you should be warned beforehand that it is not a light read. Plus, the novel's length that exceeds the 550 pages deems it a rather challenging feat. The plot is slow-moving and the new information regarding the investigation is imparted in moderation by the author. Forget about the high-octane crime/thrillers in the likes of Jo Nesbo and other popular Nordic crime writers. The Lonely Ones is a radically different kind of crime novel, one that demands the reader's patience and the reward in the end is the relishing of a story of top-notch literary value. If you just look for easy entertainment, a book to pass your time, then better skip this title. This is a novel destined for the more subtle readers who enjoy devouring texts that have something new to offer to them in terms of profound insights and keen observations on the human condition. In my opinion, this is the best book in the series so far, though I loved all the previous three installments. Håkan Nesser's signature guarantees a memorable reading experience and one that will prompt you to think and even become a better person, one who is more understanding to other people's flaws and vices.