Yorgos Lanthimos is definitely the most popular contemporary Greek auteur and his films have all been well-received by the global audiences and critics as well. He began as a video clip and TV commercials director while he created his first feature film, Kinetta, in 2005. Nevertheless, Lanthimos's first major success that put him in the spotlight was Dogtooth, a daring allegory focusing on family relationship dynamics and their effects on the individual. Domestic oppression, free will or the lack of it, and distortion of reality through the misuse of language were the central themes in this compelling movie which has been nominated for Best Foreign Language Film of the Year in the 2011 Oscar Awards. Furthermore, Dogtooth signified the beginning of a thriving collaboration between Lanthimos and screenwriter Efthimis Filippou, a partnership that delivered some of the most intriguing movies of the following decade. The Lobster is a 2015 production in which Lanthimos and Filippou exceed themselves and present a monumental parable about the nature of love set in a dystopian alternative universe where a tyranny of companionship dominates the people and forces them to mate with a fellow human. The inventive storyline is combined with a well-paced plot that moves forward handily and stunning photography that grips the audience from the beginning until the end. The cast is excellent with Colin Farell, who would also participate in Lanthimos's later film, The Killing of a Sacred Deer, in the role of David, a timid man who struggles to survive in an absurd world where the fate of each person is decided by an omnipotent system which possesses supernatural powers. Farell's portrayal of David is measured and consistent, building a character who lacks any heroic dimension, while at the same time retaining the characteristics that define him as a human such as fear, compassion, or even cruelty.

Being a single, middle-aged man, David is arrested and sent to an institution where he has to stay for a defined period of time in order to mate with a woman. The punishment for not succeeding at this simple task is his transformation into an animal of his own liking. David's choice is a lobster because they live for over 100 years, he has blue blood, like aristocrats, and is fertile for as long as he lives. He is accompanied by a dog, his brother who couldn't manage to find a partner so he suffered the consequences. The institution's director has set strict rules for all the guests/prisoners who can extend their abidance by hunting the loners, a group of people living in the nearby woods who don't conform to the existing status quo and choose to live by their own rules. David will soon get acquainted with several people who share his predicament and he will attempt to approach a woman who seemingly has no feelings about anyone or anything. The result of this relationship will be dreadful and the protagonist will have no other solution but to escape the institution and live as a loner.

In Lanthimos's fictional universe, humans are defined by their deficiencies. There is the woman with the nosebleeds, the man with a limp foot, the heartless woman, the blind woman, and so on. These imperfections are central to the construction of the peoples' identity and determine their choice of a possible partner. Shared life means shared pain. Thus, several people try to imitate the defects of the others during their stay in the institution, even if it is a lie. It is the only way to attract the attention of their prospective mates and they also know that the alternative is their conversion into an animal with all that it entails. It is a desperate situation, one that forces people to behave in ways that they couldn't imagine. When David joins the loners he quickly comprehends that the suffocating rules that made him escape from the institution are also present there. He is not allowed to have sex with another person, only to masturbate alone, and every form of companionship is prohibited in this new environment. His romantic entanglement with the short-sighted woman, played by Rachel Weisz, is now interpreted as a rebellious act of defiance against the new rules rather than a submission to the dominant norm.

The cinematography is sublime and fits the story perfectly. In the first part, we are witnessing the everyday life in the institution, a place that looks like a luxury hotel while in the second one, we are transferred to the much more primitive landscape where the loners live. This contrast of scenery adds up to an overall polarized feeling that is exuded from the story due to its bizarre foundation. In a way, the second part of The Lobster constitutes an inversion of the first one, an opposite image that enhances and magnifies the importance of the love story that lies in the center of the film. The use of music furnishes the story even further and I was particularly moved by the presence of two greek songs, "Από μέσα πεθαμένος" performed by Danae Stratigopoulou and, of course, "Τι είναι αυτό που το λένε αγάπη" by Tonis Maroudas and Sophia Loren. As a Greek, I am proud that a director of this caliber is a compatriot of mine and I feel the same about the screenwriter, Efthimis Filippou, who wrote a story of unprecedented beauty and craftsmanship. Lanthimos has established his name as the greatest living Greek auteur and his movies are always something different, transcendent visual experiences that are bound to make the audiences think and feel intensely. 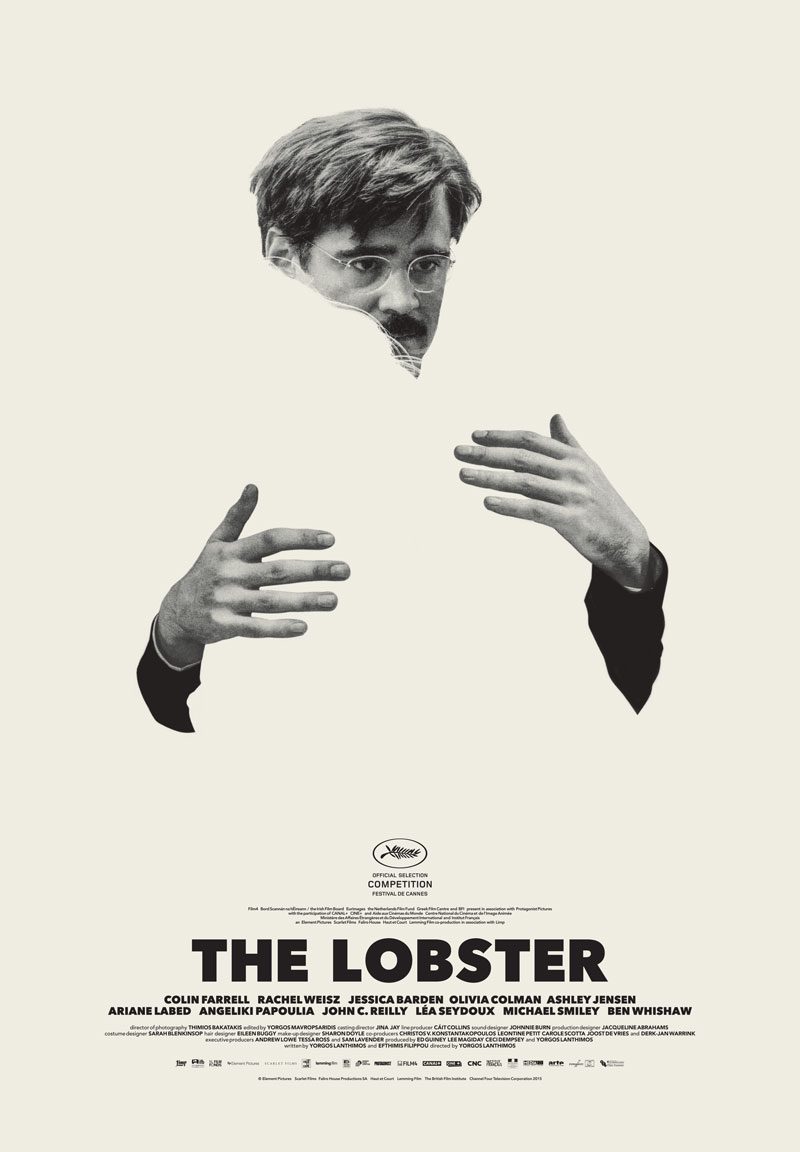