The Legacy is Denmark's major contribution to the soap-opera genre and it is considered to be one of the most influential shows in the Nordic television during the last decade. The series aired three seasons in total that featured a continuous storyline revolving around the life and times of the Gronnegaard family, a wealthy clan which becomes divided after the death of the elderly matriarch, Veronika. Her sudden departure from life leaves her four children striving to inherit her legacy consisting mainly of the Gronnegaard family house, a colossal mansion where Veronika used to create her art.

The night before she dies, Veronika invites Signe, a young girl working in a florist shop, to her house and announces to her that she is her child and sole inheritor. Baffled by the astonishing revelation, Signe enters the Gronnegaard household and meets for the first time in her life her siblings, Gro, Frederik, and Emil. Each one of them is a different character and they all have their own plans regarding their mother's heritage. So, Signe is initially perceived as an alien intruder who poses a threat to their future. The four of them will fight each other to claim what they believe is their own and their battle soon escalates and jeopardizes the existence of their bonds.

The characters are all inhabiting the grey area of the moral spectrum and there are no clearly defined good guys or villains. We only witness the peculiarities of human behavior triggered by overambition and greed. Gro intends to transform the house into a museum of modern art and she is determined to resort to extreme measures, even forgery, to make her dream come true. Frederik feels that he is entitled to the house as it is his father's asset and his turbulent relationship with his wife, Solveig, accentuates the pressure to save his family. Emil, who lives in Thailand and returns to his homeland for Veronika's funeral, is in desperate need for money because his owes a large amount of cash to a Thai gangster.

Signe is the most timid and kind-hearted claimant of the legacy and it seems that initially her only desire is to come closer to her family and make up for the lost time. Nevertheless, as the story unravels, she becomes entangled in a web of intrigue that leads to her metamorphosis from a modest and diffident individual to a strong headed woman who will go at great lengths to secure her own interests. Signe's relationship with Andreas, her boyfriend and soulmate, is inevitably impacted by the new standards and their romantic liaison starts to fall apart as soon as Signe decides to lay claim to the house.

Character development is what makes The Legacy a binge-worthy show and the performances by the cast support that cause. Trine Dyrholm (Face to Face, The Shooter), Carsten Bjørnlund (Forbrydelsen, Rita), Marie Bach Hansen (This Life, The Team), and Mikkel Boe Følsgaard (The Chestnut Man, The Keeper of Lost Causes) are all delivering powerful and authentic interpretations of their respective roles, as the audience observes the pronounced fluctuations of the protagonists' emotional state through their body language and facial expressions. There are many sequences in which the main characters have severe outbursts while acting under immense pressure and the plausibility of their reactions makes them all the more relatable to the viewer.

Family dramas often resort to cheap tricks in order to elicit the audience's sentimental involvement and there are many productions of the genre that suffer from lazy writing and cardboard characterization. The Legacy isn't one of them and Maya Ilsøe, the creator and head writer of the series, does a remarkable job in concocting dramatic scenes of confrontation between the raging family members who, nevertheless, never lose their human dimension as it is evident in their more personal, intimate moments when the hunt for profit subsides and the characters are left alone to consider what's most important in life.

This is a show that will appeal to the fans of the genre, although you should remember that this is not a production that resembles the flashy, devoid of meaning American soap operas. It's a series that will make you think about the repercussions of self-interest on the lives of ordinary people and the value of sibling relationship. Fans of Nordic crime fiction will also trace some elective affinities between The Legacy and several Scandinavian crime shows, especially in terms of character development and accuracy in the portrayal of dysfunctional families. There are 26 episodes in total, divided into three seasons and if you decide to give this a try, you will not regret it. 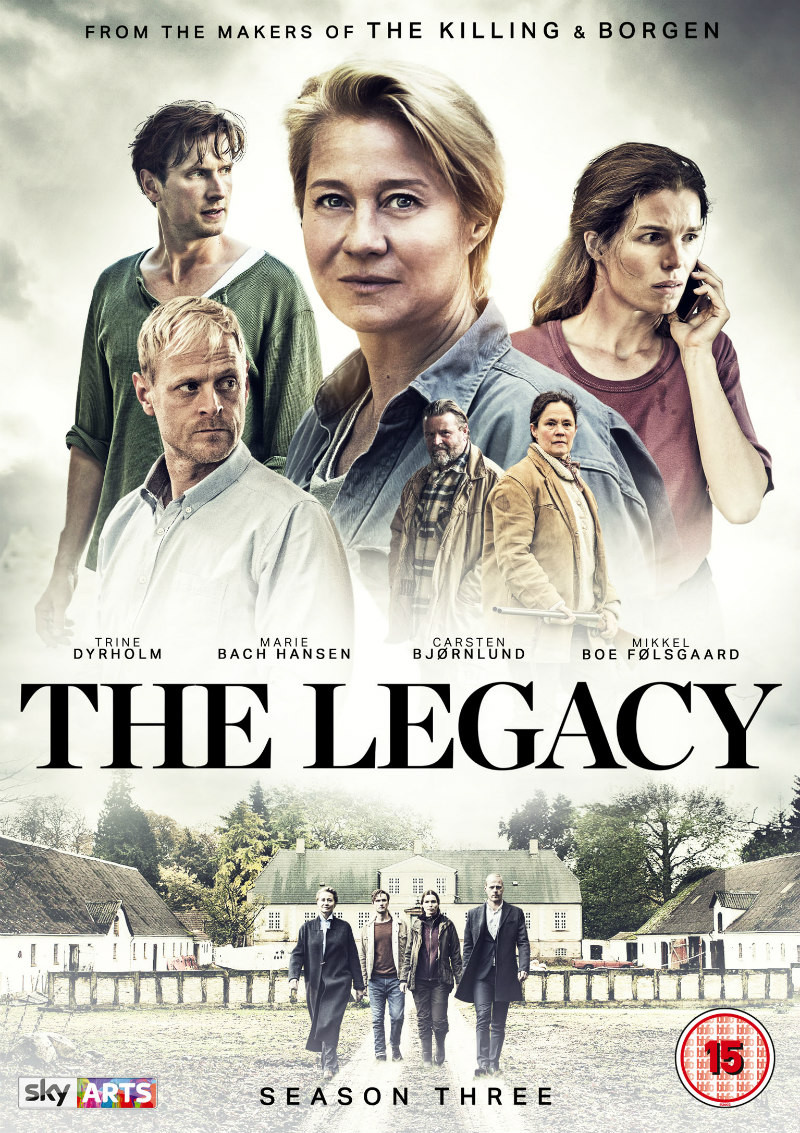