The Lawyer (original title: Advokaten) is a show set in both Sweden and Denmark, the story is set in the cities of Malmö and Copenhagen respectively, bringing to mind the iconic Bron/Broen series, a title referring to the -now- widely known Øresund bridge, the boundary between the two Scandinavian countries. The action in this series though is mainly set in Copenhagen and the show's casting emanates from both Sweden and Denmark. There are some popular and experienced actors such as Thomas Bo Larsen (Festen, Bedrag), Nicolaj Kopernikus (Forbrydelsen, Bænken), Alexander Karim (Arne Dahl, Johan Falk) and Malin Buska (Snabba Cash, Happy End). It should be also noted that the series writing credits list three very popular Swedish crime fiction novelists, Jens Lapidus, Michael Hjorth, and Hans Rosenfeldt. Hjorth and Rosenfeldt are known to the audiences by their Sebastian Bergman book series while Lapidus is the author of one of the biggest commercial hits, which is the Snabba Cash trilogy.

This is a story about vengeance and the two protagonists', the siblings Frank and Sara, search for the true perpetrator of their parents' tragic murder 20 years before. After the murder, Frank, and Sara were placed in different foster families, thus losing touch for a good number of years before they met again. Frank is the titular lawyer, while Sara is a police officer working on the Narcotics division. When Sara locates a person connected to their past, he tells them that her parents' executioner was a now renowned Danish gangster, Thomas Waldman. Sara will quickly convince her brother to join her in an attempt to bring Waldman down once and for all. As a result, Frank will join the law firm which provides its services to Waldman and pursues his goal by sabotaging him from the inside.

The plot reminded me a bit, in terms of complexity, of another Swedish crime series, titled Before We Die (2017), but in my opinion, The Lawyer was not as good. It is a slow-burner and the viewer must have the patience to watch the first three or four episodes without giving up. The show becomes better after episode four when the whole plot is set and the various conflicts begin to arise. There is a lot of intrigues as the main characters are connected in different ways, while their targets clash with one another. I found the two protagonists being rather weak as characters and it was a bit difficult to identify with them, but on the other hand, the antagonist(s)/villain(s) were rather exciting. The tempo gets faster from episode five onward and the show never becomes tedious, but it, unfortunately, ends up in a lackluster finale which disappoints and leaves a bitter taste to the audience.

In conclusion, I would claim that The Lawyer is a show destined for the fans of Scandinavian crime fiction who will be satisfied by this ten-part crime series. Sadly it lacks the necessary qualities to be classified as a classic in this popular genre. 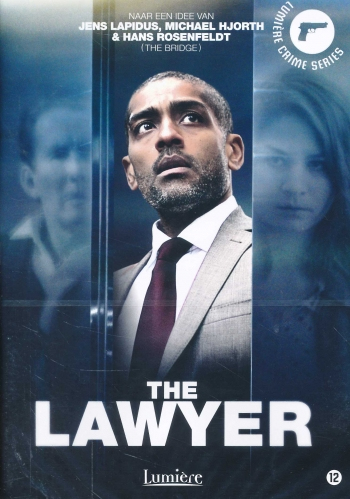