Blend of fact and fiction.

This Dutch movie is a fictional representation of a true event, the abduction of Freddy Heineken on November 9, 1983 by a group of thugs and the subsequent manhunt for the perpetrators by the authorities and Heineken himself. The chairman of the brewing company Heineken International has been kept hostage for a period of three weeks and he was released only after a hefty ransom of 35 million Dutch guilders was paid. The story shocked Netherlands to the core and showed that even the most prominent and wealthy individuals can become victims of the most atrocious crimes. The culprits were finally caught and served heavy prison sentences, even though there have been several complications regarding their trial and extradition from France to Netherlands. The abduction scarred Heineken and the movie illustrates the way in which the horrible weeks of incarceration left a deep trauma in his soul.

The movie was shot in 2011 by Maarten Treuniert and it has been remade for American audiences in 2015 by Daniel Alfredson starring Anthony Hopkins in the role of the protagonist, Freddy Heineken. Even though both movies are interesting, I think that the Dutch version surpasses the remake in terms of direction and performances. Rutger Hauer is equally imposing and vulnerable as Heineken and his reactions always seem credible and human-like. Reinout Scholten van Aschat gives a brilliant performance as Rem, an ambitious hooligan who hatches the plan to kidnap one of the most powerful individuals in the country. Rem is perhaps the main protagonist and the audience gets a glimpse into his troubled family life, caring for a father who is alcoholic and a nervous wreck of a mother. The rest of the acting crew is equally convincing while the tempo is even and rewarding.

The film is divided into two main parts: in the first we witness the actual abduction and the management of the situation by the gang as well as the torment of Freddy Heineken who more than often gets humiliated by Rem who seems to have a personal score to settle with him. In the second, things go pear shaped for the kidnappers and the police are on to them, getting closer minute by minute. Due to his stature as one of the most successful businessmen in Netherlands, Heineken becomes personally involved in the process and he demands immediate results as he is struggling to overcome the shock of the last few weeks. There are many times that we see him getting panic attacks, having difficulty to breathe as an aftereffect of living in a dungeon for a protracted period of time. In simple terms, Heineken can't wait to exact revenge from the persons responsible and, of course, get the ransom money back.

While the first half is devoted to Heineken's hardship and the shifting power dynamics inside the group of abductors, the second one is radically different thus creating a sense of unevenness to the flippant viewer. The truth is that the director manages to create a divergent film without retracting anything from its narrative coherence. Watching Freddy Heineken standing on his own feet after his ordeal and pursuing the punishment of his tormentors amplify the events depicted in the first half and the audience has the opportunity to watch both the actual events but also their aftermath for all those involved. As a result, the story feels complete and in the end the audience gets some closure, even though not in a way that resembles the American crime films. The final meeting between Heineken and Rem can be read and interpreted in various ways.

I have to admit that I knew nothing about the actual case and after watching the film I did a little digging online. The story was sensational at its time and Dutch people must certainly be familiar with the details. I really cannon fathom the reason why American producers have to remake European films, following more or less the same recipe, especially since the predecessors almost always are one step above in terms of quality. If you are interested in the subject, I would urge you to check out this Dutch version first and if you have time to spare watch the remake too. Fans of true crime will also greatly appreciate this picture as well as those who are loyal fans of European crime productions. The Heineken Kidnapping is definitely one of the most absorbing pictures originating from Netherlands during the last decade. 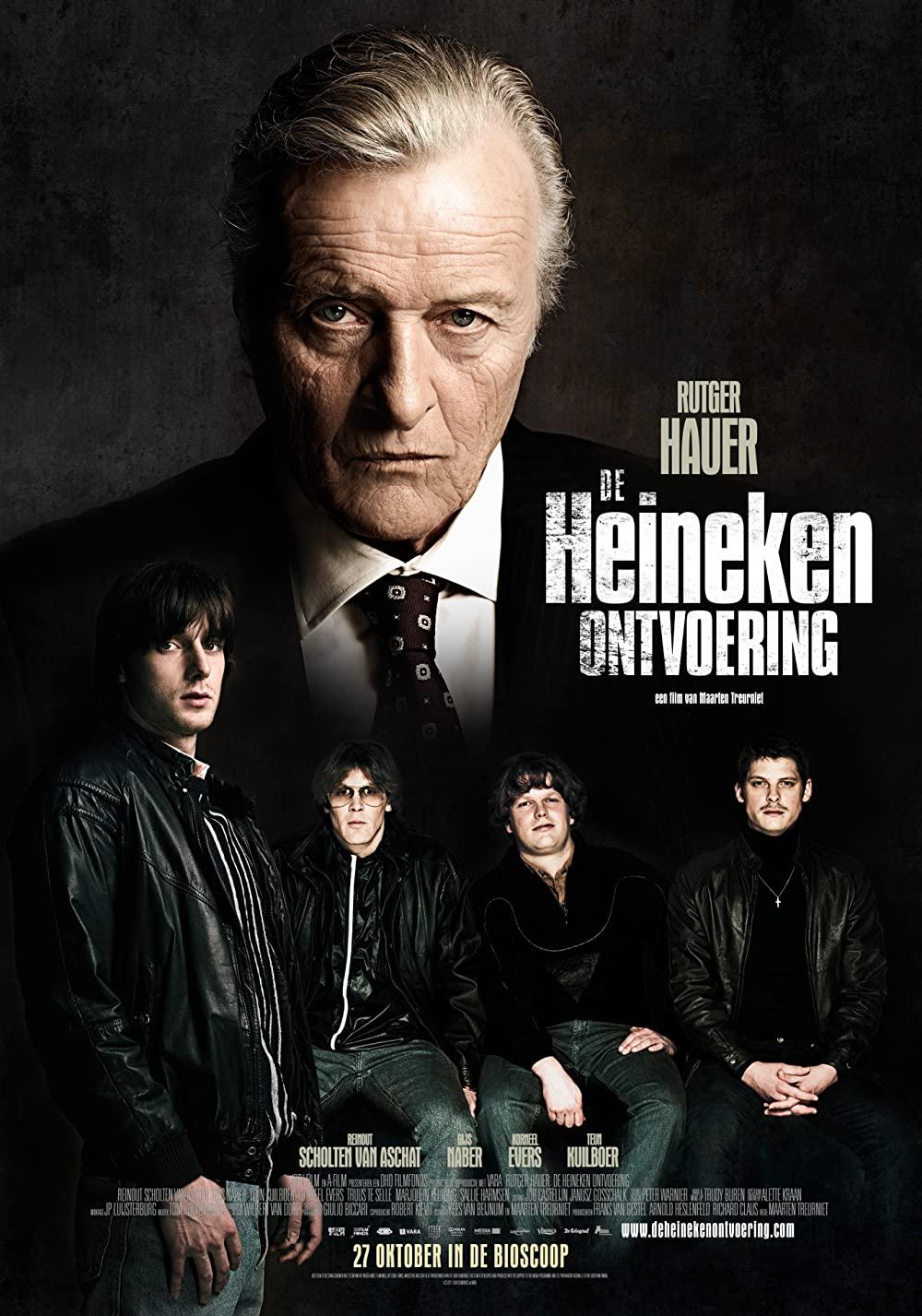