Another generic novel of a trite genre. 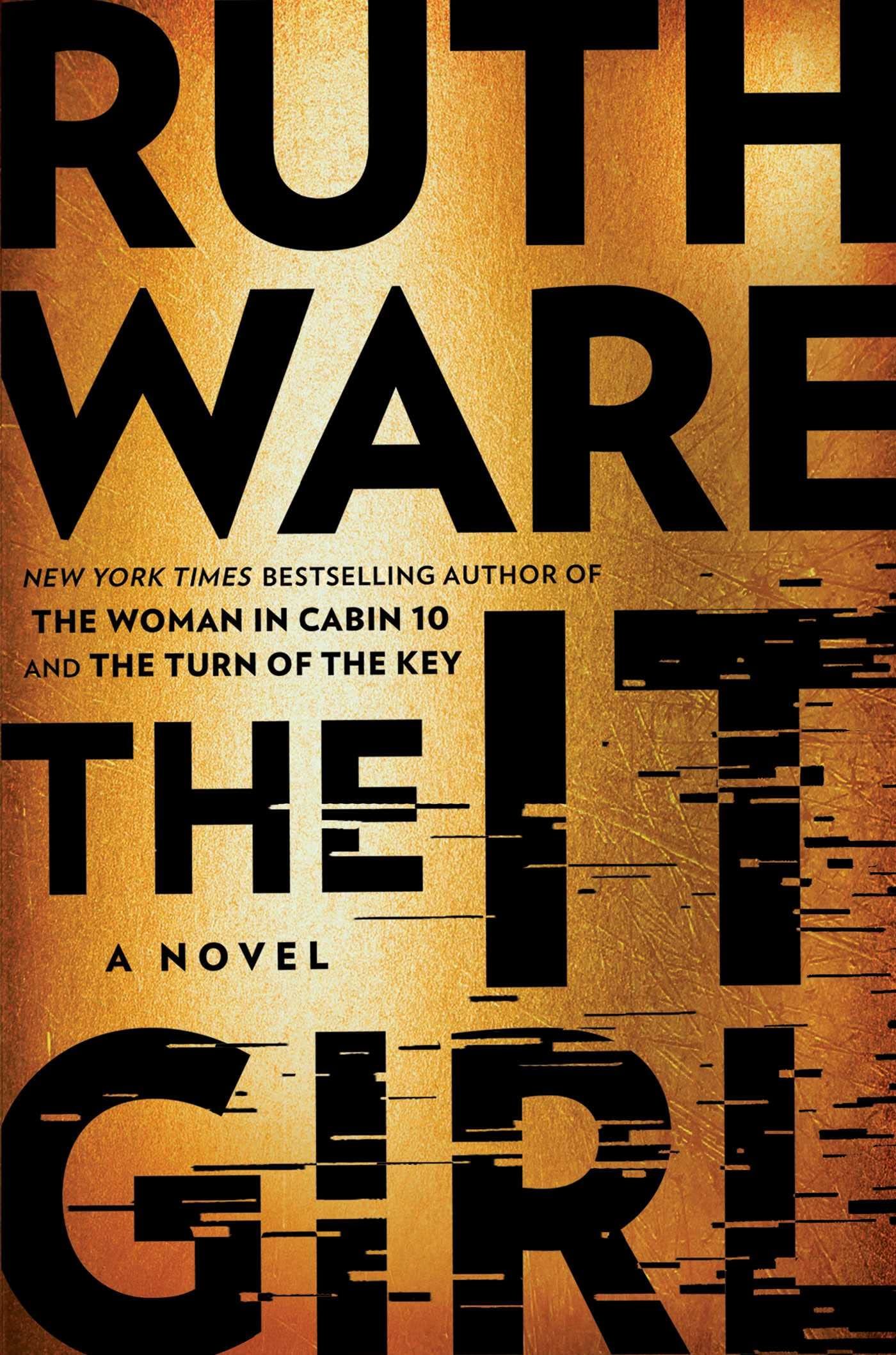 Ruth Ware's latest feat, The It Girl, is a decent psychological thriller/murder mystery unraveling through two distinct timelines which are divided by a horrid crime that took place at the University of Oxford ten years earlier. The protagonist, Hannah, is the sole narrator in this tale of murder in academia that is heavily reminiscent of the author's previous work that earned her the title of one of the most popular, contemporary English writer of whodunit mysteries, always featuring a limited number of characters and usually set in a secluded place that renders impossible any kind of external intervention in the event's plot. Ware has a palmarès of some very successful novels such as The Turn of the Key, The Death of Mrs. Westaway, and The Lying Game that won the appraisal of both the readership and the critics while some others like One by One and The Woman in Cabin 10 never reached the standards set by the author herself throughout her overall oeuvre. The It Girl stands right in the middle, not being a total disaster, but not quite captivating the reader's mind and imagination due to its hackneyed tropes and predictable main mystery. It is quite clear what had happened the fatal night of April's murder even from the first half of the novel. And an easy to foretell whodunit loses the major part of its charm as it is commonly accepted by the loyal readers of this type of crime book. At the same time, the narration, which, for the first half, goes back and forth ten years, even though fast eventually acts to the detriment of the prose's quality which remains shifty throughout the novel.

The story is about a young girl, Hannah, who watches her dream come true when she is accepted in the highly prestigious University of Oxford, and more specifically in the demanding Pelham college, despite her humble personal background, a common girl who grew up in the southern parts of the country, in a little town that no one knows or cares about. In her first day at Oxford, Hannah meets her roommate, April, a posh beauty queen who comes from a radically different environment, as she grew up as a princess, always getting what she wanted. April is a bold, carefree individual who charms people with her stunning looks and frankness, while her relentless practical jokes often irritate her friends, causing them distress. Through April, Hannah will meet Will, a handsome young guy studying economics and the man who will become her husband eventually as we see in the "After" timeline. Ryan, Emily, and Hugh will join the trio, and a tight friendship will begin to grow, especially between April and Hannah who seem to love and respect each other. Nevertheless, April's capricious behavior often vexes Hannah who is additionally in love with April's boyfriend, Will. April will become selected to play a role in the University's version of the classic Greek tragedy Medea and the night after her last performance, she will get strangled in her own room, her dead body found by Hannah and Hugh who immediately alert the police and the University's staff. A porter of the University, John Neville, who has been stalking Hanna since day one, will get arrested and charged with April's murder. Despite his sentencing, he will never stop protesting his innocence to everyone who is willing to hear.

The story begins with Hanna learning that Neville died in prison, a fact that forces her to revisit the dark places which she fought so hard to forget for the last ten years. Moreover, a true crime podcaster will reach out to her in order to ask her some questions, causing major stress to Hannah who is also pregnant at the time. It was her testimony, which boiled down to the fact that she saw Neville going down the stairs of her floor at the time of the murder, that became the principal reason for which Neville was sent in prison The podcaster claims that he has some new evidence indicating that perhaps the recently deceased Neville was innocent after all and the real killer of April is still out there, thrilled to having got away with murder. The possibility of Neville's innocence torments Hannah who decides to talk with her friends at the time, Emily, Hugh, and Ryan as well as make a trip back to Oxford in order to get closer to the truth about what happened and who the real culprit was. Her crusade for the truth will be met with suspiciousness and hostility by her husband, Will, who believes that this story will put her mental peace in peril and even possibly harm the baby that she carries within her. However, Hannah's determination will prove to be stronger, so she embarks on a journey that involves seeing people that she has long to talk to, fighting guilt and trepidation, in order to unearth critical pieces of evidence that hadn't been discovered by the time of Neville's trial. What she will learn shocks her and put the whole matter under a whole different light, eventually leading to the revelation of the murderer in the story's climax.

The It Girl is the definition of the entertaining novel, one that the reader enjoys relishing but quickly forgets as there is nothing that would make it stand out from the majority of the genre's works published in our time. As I have already mentioned, the whodunit element, which always constitutes the center of the mystery and the generator of the suspense is debilitated and handled awkwardly by the author who has shown greater skills in that field in her previous novels. The writing style is plain and simple, while the characters are two-dimensional, each being distinguished by a chief trait that dictates the way in which they talk and behave. I didn't expect intricate characterization in a novel of this type, but as I was at the same time reading Heat 2 by Michael Mann and Meg Gardiner, the discrepancy between the two novels regarding the characterization aspect was so conspicuous that felt like reading a novel written by a first-time author. I have greatly enjoyed some of Ware's earlier books, but her most recent work lacks the spark that solidified her reputation as a promising voice in the contemporary English mystery fiction. I think that it's time for the author to try something new in terms of genre and writing style, face a new challenge that will incite her to work and alter her trademark tropes that, as the time passes, seem to have become a burden for her professionally. The text is unimpressive and the novel fails to hold the reader's attention as there were many times in which I found myself skimming the pages, eager to get to the end in order to confirm my theory regarding the identity of the murderer. Finally, I was almost 100% right but that offered me no satisfaction as I would have preferred to read a surprising ending even if it disproved my hypotheses.

To conclude, it's not that I would never recommend The It Girl to the readers of Tap The Line, but it is certainly not worthy to become your reading priority. If you are a fan of Ware's style, then you should check it out and the same goes for the devotees of the works of authors such as Shari Lapena, Paula Hawkins, Sarah Pearce, and Lucy Foley. I think that the genre of psychological mysteries featuring heavy whodunit aspects is overly clichéd and desperately needs a replenishment of sorts, in the literary sense, something that doesn't seem to be feasible for the immediate future as this kind of novels most often display in the bestseller lists and their reception is more than satisfying in terms of commercial success. I have long ago decided to take a break from the genre and The It Girl was an exception as I was spending my vacation in my cottage, seeking an easy-to-digest read. However, in the end, all the novel did was verifying my assessment about that specific crime fiction's sub-genre. If you have hours to spare check it out, otherwise skip it and turn your attention to other, more notable, recent releases.