An average Hollywood adaptation of an iconic Swedish crime novel.

In 2009, two of the most popular and well-perceived crime fiction authors from Sweden, Anders Roslund and Börge Hellström, published the fifth installment in their -superb- "Grens and Sundkvist" book series, titled Three Seconds. The novel was perhaps one of the most well-researched and crafted crime fiction texts that the Nordic noir genre ever introduced. It was the story of a confidential informer for the Stockholm Police, Piet Hoffman, a half-Polish, half-Swedish ex-con who was recruited by certain members of the country's intelligence service to take down an omnipotent Polish crime syndicate which is responsible for the majority of Sweden's amphetamine distribution. It was an excellent crime novel which won the CWA International Dagger in 2011 and was also a nominee for both Barry and Glass Key Awards.

This movie, directed by Andrea Di Stefano and casting several popular American thespians like Rosamund Pike, Clive Owen, is a mediocre attempt at adapting an iconic book with an elaborate, at parts labyrinthine, plotline, created by one of the most beloved writers' duos in Scandinavia. More specifically, the first part of the film is very close to the source while the second one drifts away from the novel and shifts the identity of the whole project. It is mainly an action movie, with a little or no suspense sequences and zero character development. The protagonists are all one-dimensional, something that is not true as far as the book is concerned, and even Ana De Armas' ethereal beauty cannot change the viewer's assessments. Joel Kinnaman is a talented young actor from Sweden who has delivered some strong performances in the past especially in the Snabba Cash trilogy and The Killing (TV) but in the Informer, he seems to be a bit out of his depth as he is portraying the protagonist as a macho action hero, a character trope that we very often encounter in American films of the genre.

The finale is similar to the book and the film ends in a cliffhanger which promises a sequel in the following years as it seems that there is more to the story. Perhaps the producers will attempt to adapt the following novels by Roslund and Hellström, titled Three Minutes (#6) and Three Hours (#7) which is the concluding installment in the Piet Hoffman trilogy. The director of the next film, if there is the possibility of a sequel, should learn from the mistakes made in The Informer and focus on their original source to find inspiration about their project. Characterization is one of the -many- strong aspects of the novels written by Roslund/Hellström and it is truly sad to watch an adaptation in which the exciting characters we read about in the books are reduced to nothing more than cardboard personas. If I had to rate The Informer, I would give it just about 5/10. 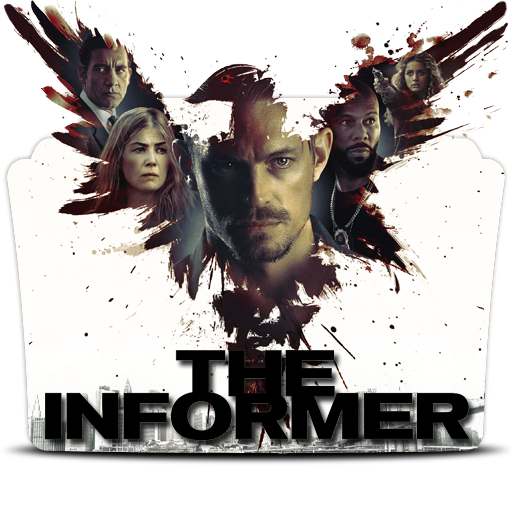