A suspenseful Scandi-crime/thriller, lacking in originality. 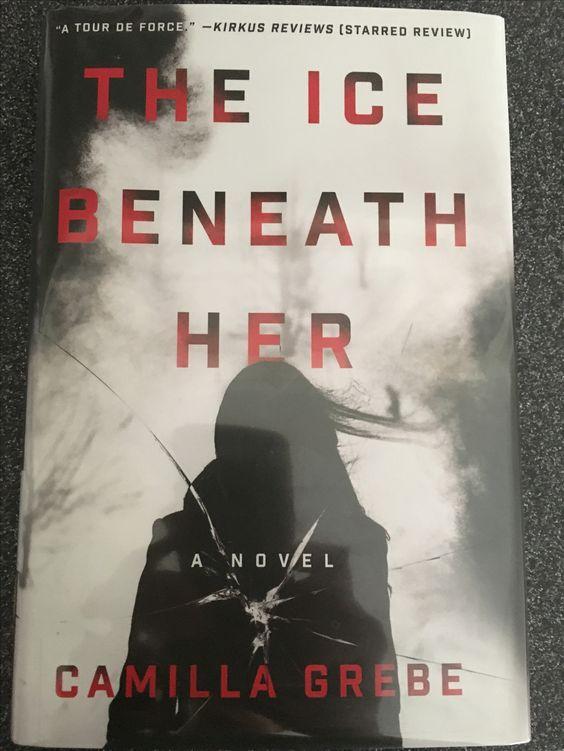 The Ice Beneath Her is the first novel of Camilla Grebe that I've read and though not disappointing in broad terms, it certainly lacks in freshness and innovation as far as the plot is concerned. The story is narrated through three different viewpoints, that correspond to the leading characters of the novel, that is Peter, Hanne, and the mysterious Emma. The book begins with the Swedish police finding a decapitated body in an apartment belonging to an infamous CEO of a clothing company, Jesper Orre, mainly known to the public through the tabloid front pages where he is described as a tough boss with no respect for his employees. Orre becomes the prime suspect but he is missing for a while and nobody seems to know about his whereabouts. Peter, a cynic as well as antisocial cop who also has a son from his previous -broken- marriage is put in charge of the investigation and soon Hanna, a psychologist who also works as a police consultant when a criminal profiler is needed, joins the team in order to offer new insights to this gruesome homicide.

Peter and Hanne share a common history as they were lovers in the past, an affair which ended disastrously for Hanne who also battles with dementia at an early stage. The Ice Beneath Her is a more character-oriented crime novel and the author emphasizes on the protagonists' thoughts, emotions, and motives. The result is a book that has some very well-written internal monologues where Camilla Grebe dives into the characters' psyches, all the way to their secret and innermost feelings and thoughts. Unfortunately, the plot aspect of the novel is not strong enough to fully engage the reader and after the first half, you know for sure where the story is heading. The final twist is not a real one as the reader can see it coming from the first 100 pages.

Nevertheless, if you like crime novels where the author cares more about character development than the actual story, then this is definitely a book that will appeal to you. The more seasoned Scandi-crime fans though will not find something innovative here.