A decent adaptation of the best novel written by Camilla Lackberg.

Camilla Läckberg is one of the most well-known Swedish crime fiction authors and her novels, set in her birth town, Fjällbacka, and having as protagonists the married duo of Erica Falk and Patrik Hedström, have been translated into at least 40 languages in 60 countries. Erica Falk, the main protagonist of the Fjällbacka crime series, is an alter-ego of Läckberg, as she is too a writer of true crime books. Her husband, Patrik, is the second protagonist in the books, a Police Criminal Investigator in the small town of Fjällbacka that seems, despite its minimal size, to be the setting of several cruel and resentful homicides. Together, Erika and Patrik will solve some of the most challenging cases that always seem to have their roots in a traumatic past and broken relationships. Läckberg usually uses a double timeline narrative, unraveling her stories in the present through Erika and Patrik's point of view, while there are always interjecting chapters that chronicle a story buried in the past. As it is often in Nordic noir novels the present and past timeline begin to merge as the plot evolves and they finally meet each other in the book's ending.

The director of The Hidden Child (original title: Tyskungen), Per Hanefjord, uses the same narrative technique, as the audience is witnessing the story that unravels in the present and at the same time the past timeline where the main characters of the plot are very young, during the years of Second World War. It is well-known that Sweden took the neutral line and supported neither the Nazi regime of Germany nor the Allied forces. On the other hand, neighboring Norway was at war with the Germans and subsequently, the country became occupied under the commands of the Nazis. This is, in short, an account of the Scandinavian history during 1939-1945. It is that story that inspires Läckberg in this novel which begins with a stranger visiting Erika in her house to tell her that he is her half-sibling, born by the same mother in the 1940s, during the Second World War. Erika initially doesn't believe him and tells him to get out of her house, but the idea has been planted on her head, and when her so-called brother is found murdered in his hotel room, she is going to embark on a journey back to her mother's early years in Fjällbacka. Erika will meet several friends of her mother's that include a notorious neo-nazi who is incarcerated in a high-security Swedish prison and was in love with her, a war hero and author who was a close friend of her mother, and an elderly woman who is suffering from Alzheimer's and seems to want desperately to tell Erika something important.

The plot of the film is similar to that of the book and this is nice as The Hidden Child is perhaps the best installment of the Falk/Hedström so far, and the story is full of twists and surprises with the whodunit element ever-present. The revelation of the culprit in the finale as well as the explanation of the mystery is unpredictable and overall satisfying. I've also seen the other adaptations by the same producers that stand at a far lower level than The Hidden Child. It should be added, for the zealous fans of Camilla Läckberg's body of work, that there is also another television version of the Fjällbacka novels with Elisabet Carlsson in the role of Erika and Niklas Hjulström as Patrik (four films in total). 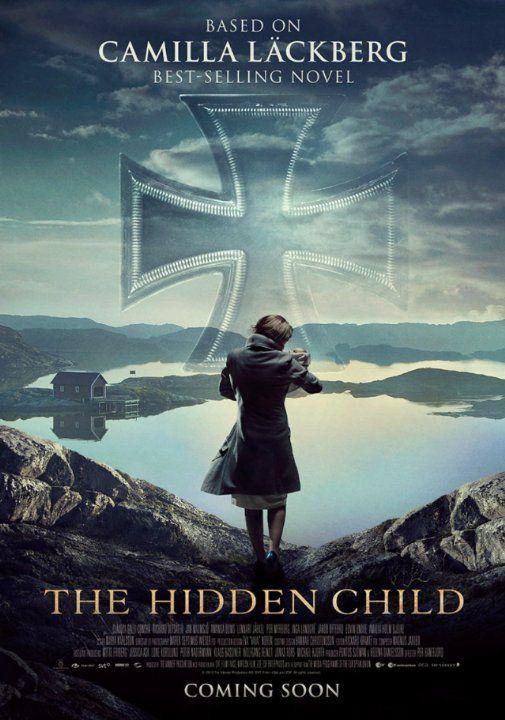