The Hero: The Enduring Myth That Makes Us Human

A genealogy of the concept of "Hero" by the popular American crime author, Lee Child. 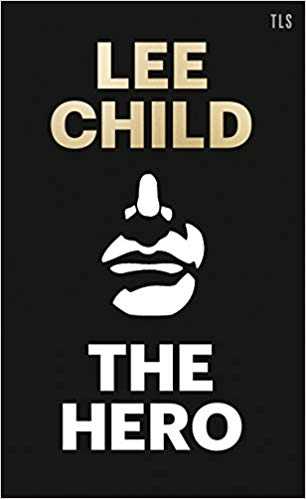 "This was a radical mental jump in a completely different direction, never before attempted. This was imagining a parallel or theoretical universe where things could happen based on experience, but not constrained by fact. In other words, they invented fiction". (43%- Kindle edition)

Lee Child is one of the most popular contemporary American crime fiction writers, widely known for his hugely successful "Jack Reacher" series which were adapted for the big screen with Tom Cruise in the protagonistic role. Thus, it was strange to hear that he decided to do something entirely different with this short-length book which is, in fact, an essay on the genealogy of the word "Hero" in a historical-anthropological context, using also many elements from the science of language, linguistics.

Child begins his essay from primitive societies and proceeds by examining the use of the word "Hero" in the stories that shaped its meaning. He traces the roots of storytelling which are older than those of other human art forms such as music, and he stresses the importance of storytelling for humans as something that empowers them as well as consoles them when needed. He writes: "Our official name is Homo Sapiens sapiens, but some say it should be Pan narrans, the storytelling ape". According to Child, every storyteller has certain aims while every listener has certain needs. The first "Heroes" were nothing more than "idealized examples of desired behaviors". The listener wanted to see his best self in the central characters of many epics, thus creating a fictional, mythologized persona who knew right from wrong, was brave and kept his honor intact under any circumstances.

The importance of honor in the archaic representation of the hero is evident in two of the oldest works of Western literature, Homer's Iliad and Odyssey. Achilles, the main protagonist in Iliad, and Odysseus are the two archetypal heroes who even though they have flaws, never seize to be honorable even when all the odds are against them. For Child, this is a reflection of the peoples' needs at the time, a much-desired self-portrait that they could never be able to approach.

Child also writes about the main influences that led him to create his main protagonist, Jack Reacher, the Japanese Ronin myths and the Knight Errant myth. He then concludes by observing the developments in the use of the word "Hero" in the contemporary environment of mass communications, trying to explore its political dimension and the link between war soldiers and heroism, a strong connection that prevailed throughout the twentieth century.

The Hero: The Enduring Myth That Makes Us Human is a short text that the reader can complete in just one sitting, it is truly packed with information, and those who are interested in the subject should keep a pen in hand to keep notes of the most crucial arguments and facts. Overall, it was a nice surprise to read such a book by an author who, as far as I know, hadn't tried writing non-fiction until now and it proves that Lee Child is much more than a commercially successful artist. I am hoping for some more soon.

The Hero: The Enduring Myth That Makes Us Human