Deficient of edge, spark, and spirit, Tobias Lindholm's The Good Nurse ends up being perceived, despite its -few- merits, as lackadaisical by the audience who hoped for a suspenseful medical thriller, based on true events. Lindholm is one of Denmark's most auspicious cinema artists and his work so far either as a director or a screenwriter has offered some of the most prominent native productions of the last decade. Another Round, R, Borgen, and A Hijacking are only few of the titles bearing Lindholm's signature who has also directed two episodes of the first season of Mindhunter (#1.5, #1.6), thus spreading his wings outside the borders of his home country for the first time. In his latest oeuvre, Lindholm collaborates with Krysty Wilson-Cairns (1917, Last Night in Soho) who signs the screenplay, an adaptation of Charles Graeber's striking piece of investigative journalism, The Good Nurse: A True Story of Medicine, Madness, and Murder (2014/Hachette Book Group), an account of Charles Cullens's life's work that includes dozens of killings, committed during his 16-year tenure as a male nurse in various New Jersey's hospitals. Cullen is considered by many as the most prolific serial-killer in the history of the United States as when he was arrested on December 12, 2003, he confessed to the murder of 40 patients, while it is rumored that the actual number of his victims may exceed 400. The reason why Cullen's name is not as well-known as that of other infamous American serial murderers of the twentieth century is that "his crimes are scattered, his victim count unknown and his motives mysterious" as Benjamin Lee writes in the Guardian's review of the movie. Even Graeber who spent almost ten years in researching for his book couldn't outline a complete picture of Cullen and his elusiveness is a symptom of his character and overall demeanor.

The movie begins with a brilliant scene in which the medics and the nurses run to a room where a patient is clinging to dear life. Young Charles remains in the back of the room, watching, observing. His profile shot indicates that this will be a story that will not neglect his perspective. However, after an initial exhilaration that is supposed to state the film's tone, what follows is two hours of dragging, uneventful drama that is divided into the relationship between the two protagonists, Amy Loughren (Jessica Chastain) and Charles Cullen (Eddie Redmayne), from its friendly beginnings until the bitter end and the police investigation that slowly makes progress in the case of unexplained deaths of patients caused by medical misconduct. In particular, Cullen's victims were injected with fatal doses of insulin and digoxin that were potent enough to seal their destiny. The police procedural part of the film is dreary with the two detectives, played convincingly by Nnamdi Asomugha and Noah Emmerich, trying to break the wall of silence of the medical staff, built by non-disclosure-arguments, doctor-patient confidentiality, and professional esprit de corps. The socio-political angle of the movie manifests itself by criticizing the American healthcare system in regard to the difficulty for many people to obtain health insurance and the conspiracy of "omerta" among doctors that imposes cases of malpractice to be swept under the rug. In that respect, Lindholm's film is reminiscent of Tom McCarthy's Spotlight (2015), a film about a group of journalists who, while researching sexual scandals in the church, face the institutional negation that prompts people to keep their mouth shut.

Amy, the titular "good nurse", is a compassionate, kind-hearted young woman who suffers from a serious health issue, cardiomyopathy. Her disease is an important element in the story as it could be a factor adding suspense to the narrative if handled carefully, as an invisible countdown to Amy's demise that increases the tension. Moreover, to that effect, Amy cannot tell the hospital that she has cardiomyopathy as she needs some more months before she can get health coverage at her job. We watch as Amy struggles in her work, trying to avoid over-exertion that could possibly lead to an episode, and then we are introduced to Charles, a meek fellow, who soon befriends Amy and becomes part of her everyday reality as he worms his way into her family. Amy is a single mother of two and she values Charles' attempts to connect with her children. Thus, she decides to share her secret regarding her health issues with him, certain that she is not in any danger by her amicable friend. Truly, Charles seems to handle Amy's confession in a discreet and helpful manner, scoring more points to Amy's asssesment of him. However, everything changes when an elderly patient in the hospital suddenly dies, without obvious explanation. The autopsy shows irregular amounts of insulin in her blood and the initial reaction of the hospital managers is to dismiss it as a lethal medical error. Nevertheless, police also get in the picture as two detectives trace Charles's professional history that includes his expulsion from several health facilities for reasons unspecified. Their persistence will eventually lead them to Amy who will be called to become a kind of police secret agent, aiming to trap Charles so that the authorities can arrest him.

The summary may seem intriguing enough but the monotone pace and lack of peak points in the narrative becomes tiresome and overshadows other film qualities which stand on a high level e.g., the lead performances by both Chastaine and Redmayne. I guess, that Lindholm aimed for subtlety, but this is a slippery slope as it is very easy for a director to mistake understatement and limp script for a low-key effect. Figuratively speaking, if this film was a car, then it would be entirely lacking an engine. I haven't read Graeber's book, so I'm not in a position to argue whether Krysty Wilson-Cairns remained loyal to its contents, but the final result is underwhelming, a mediocre true crime movie, one of the many that Netflix has to offer and also one that is not destined to be remembered after a few days from watching. The redeeming values of the film are basically two: the performances and the meticulous cinematography by Jody Lee Lipes that delivers a masterclass in proper lighting. Plus, there is the eerie soundtrack by Biosphere that fits the story perfectly. Jessica Chastaine is impeccable in her portrayal of Amy, a character that could be multi-dimensional, juggling two kids as a single mom, her professional career and the prospect of her imminent doom as a heart sufferer. Her depiction of a fighter-heroine is moving as she conveys naturally to the audience the significant traits of her character's personality, the compassion, good-naturedeness, and bonhomie, while the scenes that follow her learning who Charles really is, are filled with restrained agony. Eddie Redmayne, who proved himself by winning the Oscar for Best Performance by an Actor in a Leading Role for The Theory of Everything (2014), delivers a performance that constitutes the film's heavy artillery and is, perhaps, one of the few things that the audience will remember from this movie.

Redmayne is giving a nuanced portrayal of an enigmatic character, Charles Cullen, the man who broke one of the fundamental promises included in the Hippocratic Oath "First do no harm" (in Latin: "Primum non nocere"), and whose motives for the atrocities that he committed remain unknown even after the ending the film. Lindholm, cleverly, avoided picking a lost fight by trying to impose his own conjectures on the whys of Cullen's behavior, and focused on the character as perceived by his peers at work, a timid and friendly male nurse keen on helping whenever the occasion arises. Redmayne seems to have studied his role well and the final outcome is a treat to watch. Still, the top-notch acting cannot overshadow the movie's elemental weaknesses that the audience is not allowed to overlook. The overall narrative is frail and the runtime ebbs away without the events depicted on screen succeeding in capturing the audience's complete attention. Eventually, the viewer will not either watch a proper, suspenseful true crime film or learn much more about Charles Cullens's case as the information contained within the screenplay is rudimentary and can be found in the encyclopedia articles around the web. I was expecting a lot more, despite not being an avid true crime fan in general, mainly due to Lindholm's involvement in the production that I thought guaranteed at least a minimum of engagement with the story. If you are one of the genre's freaks, then maybe this one will do the trick for you, but otherwise proceed with caution. 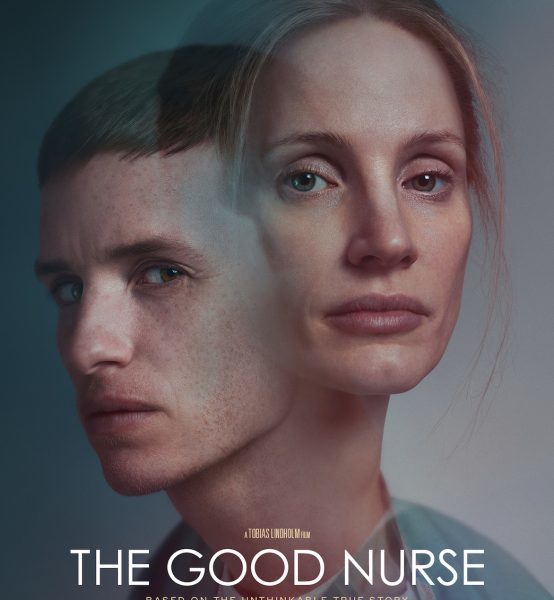