QUICK REVIEW: The Girl by the Lake

An Italian, silver screen adaptation of one of K. Fossum's novels.

The Girl by the Lake (original title: La Ragazza Del Lago) is an enjoyable movie with high production values and an engaging story based on the second book in the Konrad Sejer series, written by the Norwegian author Karin Fossum. Since this is an Italian production, Inspector Sejer is renamed as Commissario Sanzio, played by one of the best contemporary European actors, Toni Servillo who portrays the protagonist as having the character traits that Fossum has attributed to him in the novels, i.e. a solemn, pessimistic middle-aged man living alone, who nevertheless has a profound insight in the field of psychology, something that proves to be helpful in every murder investigation.

The story is not an original or particularly exciting, it involves the murder of a young girl living in a small, quiet village where everybody seems to have their own secrets. Sanzio will have to uncover the truth that looms behind the villagers' secrecy and finally arrest the perpetrator. The film is well-shot as it manages to capture the sinister qualities of the countryside's peace and silence which, in Fossum's books, acts as a facade for a variety of human misconduct and depravity. Though conventional, the plotline is interesting enough for the viewer to watch the film and attempt to guess the guilty party, something that I didn't manage to do correctly by the way. The Girl by the Lake will appeal mainly to the crime fiction fans who prefer the slow-burning, character-oriented mystery and not to those who expect lots of action and special effects in a crime film (e.g. Hollywood productions). 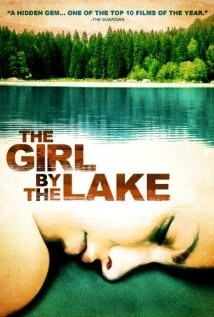 The Girl by the Lake