Not the usual, generic crime/thriller movie.

This movie was a pleasant and much-appreciated surprise, a film that stands out from the majority of the American -crime/thriller- genre productions that we watched in the last few years. The Gift is a low-key, low-budget film which relies on its great plot and characterization rather than the use of special effects. It is a suspenseful story which begins when a married couple of Simon and Robyn decides to move from Chicago into Simon's hometown in order to make a fresh start, attempting to flee from the -many- problems they had in the previous few years. The exact nature of these problems are gradually revealed to the viewer and we learn the whole truth in a slow, though suspenseful, way. As the couple is shopping for their new home, Simon runs into an old classmate of his, Gordo, whose behavior seems to be a little off at the beginning, and it quickly deteriorates to stalking and criminal actions against the couple.

The riddle that lies at the center of the film's plot is the reason behind Gordo's increasingly bizarre behavior. Robyn will quickly suspect that Simon is not telling her the truth about his past misdeeds and sets off to find out the truth herself. She finally realizes that the person she trusts the most, her husband, is not who she thought he was and this fact aggravates her mental issues, that she successfully dealt in the past, leading to paranoia and total lack of trust in Simon.

What makes The Gift a different, as well as a highly recommended, thriller, is its great finale that leaves the audience hanging but at the same time is the most appropriate ending in this disturbing story of bullying, lies, and violence. The movie offers catharsis to the audience in an innovative and ingenious manner, making The Gift, a picture which will remain to the viewer's memory for a long time. I am not a big fan of Jason Bateman but I have to admit that he is decent in his portrayal of Simon and Rebecca Hall is excellent as Robyn. Joel Edgerton, who is also the writer and the director of the film, is convincing in the difficult role of odd Gordo and I hope that we will have the chance to watch him in future productions sum up, The Gift is a movie that guarantees entertainment and should not be missed by any true fan of the genre. 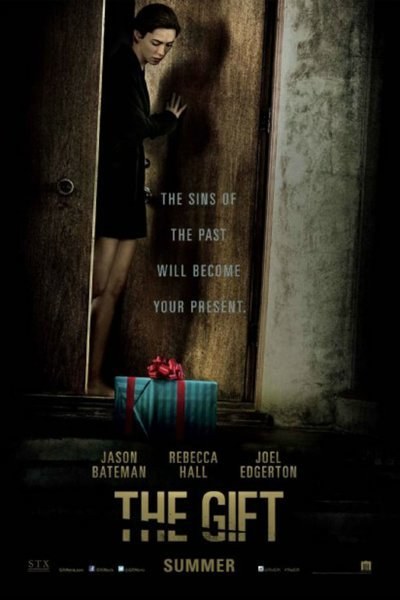