A worthy addition to the pantheon of great Icelandic crime writers. 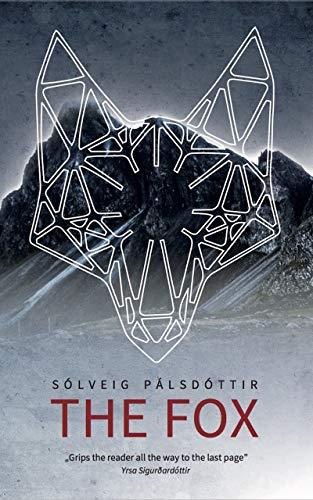 Sólveig Pálsdóttir began her writing career only a few years ago and this is her first novel to be translated into English. The Fox is the fourth installment in the Guðgeir Fransson series, though the previous three have not been translated yet. It is rumored that Corylus Books, a new publishing house that aspires to translate some of the most unique works of contemporary European crime fiction into English, has plans to translate the rest of the series in due course. The translator of this novel is Quentin Bates, known for his Officer Gunnhildur series that is also set in Iceland, and he does a magnificent job in adapting the original text to simple, easy-to-read English without spoiling the author's prose. Pálsdóttir's background studies in literature have certainly played a major role in shaping her compelling writing style that succeeds in conveying the mood and atmosphere of this bleak story to the reader. She has an eye for the detail and the splendid descriptive parts of the book add to the overall foreboding aura that The Fox exudes. The setting is Höfn, a small fishing town in the southeastern part of the country, with a population of around fifteen hundred people. The closed-knit community is the perfect backdrop for the claustrophobic story to unfold and the main characters often feel like they are trapped in the confines of Höfn, unable to break free from the surprising limits of their environment. The reader can feel the harshness of the surroundings and empathize with the protagonists. The titular Fox refers to an animal featured in the novel that is muzzled and tethered to a length of chain, thus acting as a symbolism for the protagonists' mental state.

Guðgeir Fransson is an ex-chief of the Police in Reykjavik, living now in a kind of exile after a horrible event that shook every dimension of his existence. A colleague got killed on duty and Guðgeir is still unable to overcome the trauma. He quit the force and moved to Höfn to work in a tiny security firm. His family stayed back in Reykjavik for reasons that we learn in the first quarter of the novel and now Guðgeir leads a solitary life, away from the people he loves most, his wife, Inga, and kids. His life will be intertwined with that of Sajee, a young woman who left her hometown in Sri Lanka in search of a better life. Sajee will be lured to Höfn with the promise of a job in a local beauty salon which proves to be a lie as soon as the airplane lands in the city. Through an acquaintance that she made during the flight, a gentle guy who sets her up with a job in an isolated farm, one hour away from Höfn, in an odd household where a mother with her adult son is living. Sajee, reluctantly, accepts the job as she is in desperate need of money, but will soon regret that choice as the people living in the house behave in a bizarre manner that often makes her feel uncomfortable or worse. As the plot moves forward, more mysterious things start happening to Sajee who suspects that perhaps she is in danger. And one day, she simply vanishes from the face of the earth and nobody seems to know what happened to her.

Guðgeir's old detective instincts will incite the beginning of a personal investigation about Sajee's disappearance and his insistence to find out about Sajee's fate, a previously unknown girl to him, make him all the more sympathetic to the reader. Nevertheless, it is the secondary characters that steal the thunder in The Fox, especially Selma and her son, Isak whose extreme cyclothymia leads to contradictory words and actions that confuse poor Sajee even more. In a way, those two characters brought to my mind Will Dean's Tuva Moodyson series, set in the fictional city of Gavrik, which is notorious for the quirky eccentric characters that are severely unlikable. This is also the case here as the reader keeps getting mixed signals from Selma and Isak that makes him wonder about their motivation and final goal. There is little action in the novel, it is a crime/thriller that counts on the power of the actual words in creating a tense claustrophobic atmosphere. There are also some references to Icelandic folk tales that involve the "Hidden People", sort of ghosts or elves, that intervene in the lives of the individuals. Overall, it was a refreshing experience to become acquainted with a new name in Nordic crime fiction and I will keep my eyes open for more titles by this author.