An overambitious German production that fails in several critical aspects.

This is a German production which falls prey to its own exceeding ambitions as it aspires to be an intriguing mix between political and conspiracy thriller, set in contemporary Russia, a country which is defined, according to the creators of the film, by authoritative, almost tyrannical, governments that do not hesitate to inflict harm on their own if that is deemed necessary for the good of the nation. This stereotypical Western perception of Russia is a bit obsolete nowadays when the Soviet Union is nothing more than a ghost of the past and the Russian people relish freedom and civil rights in a way that was unimaginable a few decades earlier. The demonization of a whole country seems far-fetched and thoroughly unfair, always considering the steps forward that have been made in the recent years. Of course Russia has a long way ahead to become a fully fleshed democratic republic and there are many problems besetting the native population and afflicting its most vulnerable members. Nevertheless its portrayal as the big bad wolf, a place in which justice can never be achieved and people should always beware of the nasty secret services and corrupt politicians is over-the-top.

This is the cardinal sin of The Fourth State, a high-end production featuring one of the best contemporary German actors, Moritz Bleibtreu, in the role of Paul Jensen, a Berliner journalist who travels to Moscow in order to work for a celebrity magazine there. What ensues after his arrival to Russia is a total nightmare as he becomes entangled in a web of lies and betrayals centered around the alleged terrorist threat that is every now and then invoked by the government in order to pass harsher legislation on the matter. What begins as a dreamy, sensual trip into Russia's posh, celebrity world, rapidly culminates in the toughest of ordeals for Paul who will become a terrorism suspect and will end up in a repulsive prison sharing a cell with several Chechens convicted for major atrocities against Russian targets. Paul will have to retain his journalistic discernment in order to get to the bottom of a case that implicates the Secret Service as well as some of Paul's colleagues. In the course of his trial, Paul will also have to reassess his relationship with his deceased father who was also a journalist, active on the subject of terrorism in Russia.

It all begins with Paul arriving in Moscow, nonchalant and carefree, where he meets his new peers in the magazine and his new boss, an editor in chief who tries to smooth things up with the politicians every time an unwanted story is about to be published. Paul indulges in the luxury and the opportunities that his new vocation allows and he is quick to acclimatize with the new circumstances. Nevertheless, his world will be turned upside down when one day he witnesses the brutal execution of a famous journalist in the streets of Moscow. Paul will become intrigued by this senseless assassination and he will attempt to learn more about the deceased and his work. His zest will be met with suspiciousness in his working environment and Paul will quickly realize that he is all alone in trying to unearth the truth behind the motives of the murder. When he meets a young and beautiful Russian journalist, Katja (Kasia Smutniak), he thinks that he found at least one person who cares about the case, but slowly and unknowingly he becomes trapped in a vortex of deceit that reaches its climax when a bomb placed in the metro station kills several people and Paul becomes the prime suspect for the attack.

What follows is Paul's frantic attempts to prove his innocence while being incarcerated in a facility where the inmates are even deadlier than the guards. While being prison, he will meet a Chechen convict who knew his father and thus becomes his protector inside the confined walls of the penitentiary. Paul witnesses first hand the brutalities of life in prison and his limits will be tested when his cellmates begin to suspect them as the rat who is responsible for the death of their leader. It is through the intervention of his mentor and father figure, Onjegin (Rade Serbedzija) that he manages to extract himself from a deadly situation and after that he is promised that he will soon be free to return to his homeland. Nevertheless, it will soon become apparent that the torment has not ended for our protagonist and Paul will have to take things into his own hands in order to find redemption. The plot unfolds in an even pacing, but the final climax is a bit underwhelming leaving the audience with a rather bitter aftertaste. The good guys will eventually win and expose a whole system that feeds on lies and deception. That seems to be the concluding message of The Fourth State that set it on the same level as the generic productions of the genre.

Moritz Bleibtreu's presence constitutes the singular redeeming value of the movie and his experience is evident in his impeccable portrayal of a man lost in a Kafkian maze of conflicting power struggles, striving to survive and uncover the truth. His performance is devoid of any kind of hyperbole and he convinces the audience through his total control of his expressions and without resorting to any kind of mannerism that we so often witness in the American films. The other actors do a decent job, but it's the core of the story that lacks credibility and makes the movie feel like a botched attempt to a thorough critique of totalitarianism in the modern societies. It is supposed to raise critical questions regarding the value of human rights and the abuse of power, but remains in shallow waters due to a feeble script and a limp direction that lacks explicit orientation. If you are into the genre of political thriller, you may want to give this one a try, but you should keep your expectations low. In my opinion, The Fourth State is a prime example of wasted potential and a production that is doomed to underwhelm even the most well-meaning viewers. 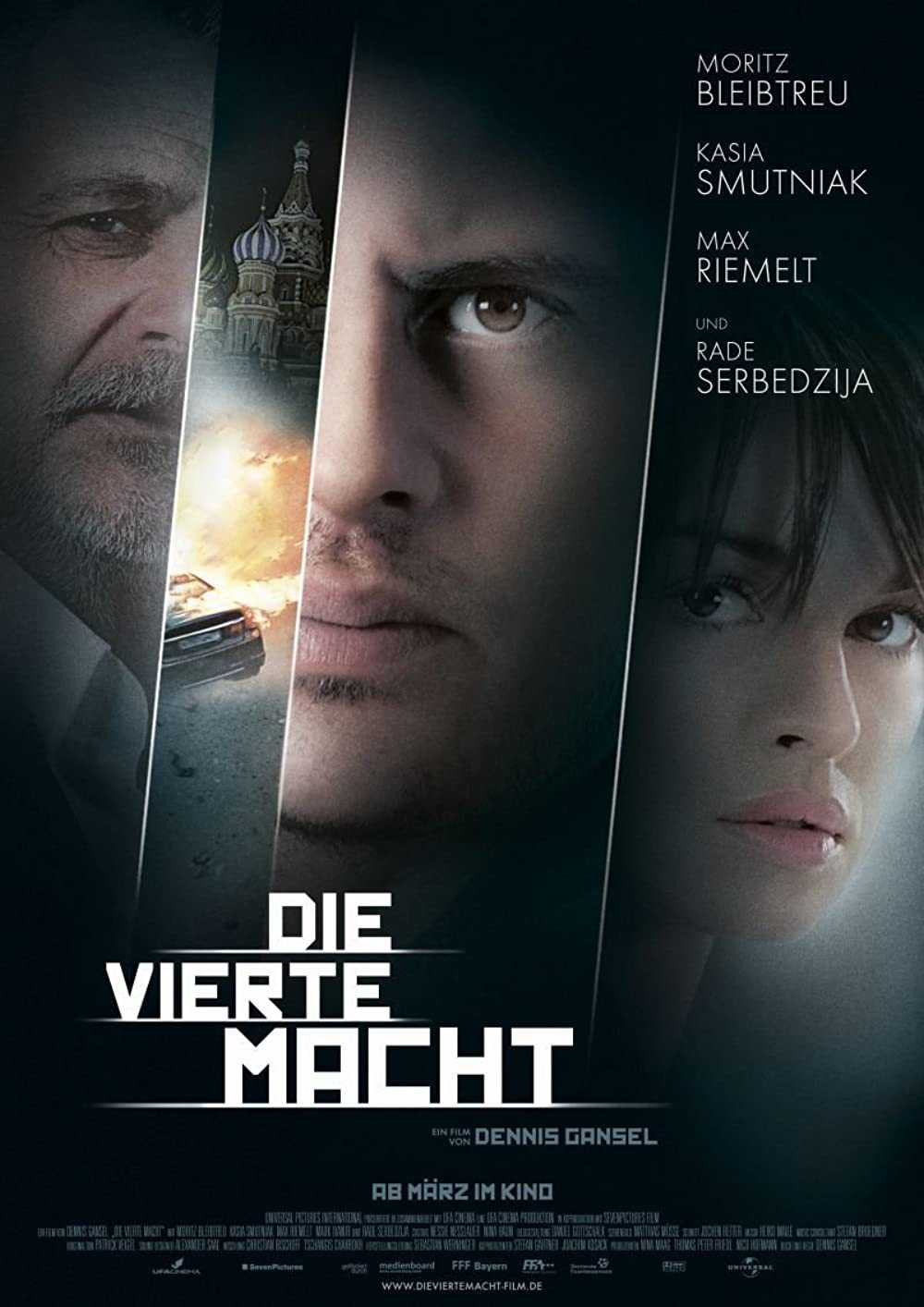