A multi-faceted production, combining mystery, rom-com, and whodunit aspects, The Flight Attendant succeeds in winning the audiences' hearts mainly because of its many humorous moments and decent, though not impeccable, script. The show casts Kaley Cuoco as the protagonist, flight attendant Cassandra Bowen, who embarks on a high-octane adventure when she wakes up in a hotel in Bangkok only to find her latest date dead, with a slit throat, and decides to flee the scene of the crime. Cassandra is a promiscuous young woman who likes to party like an animal and harboring a problem with alcohol consumption. Her wild nights are about to turn into a nightmare when in a flight to Thailand's capital city she meets Alex Sokolov, a young posh playboy who instantly asks Cassandra out. After a night of partying and boozing, Cassie suffers a blackout and can't remember for the life of her the events that led to Alex's brutal murder. The thing is that Cassie's survival depends on her remembering as if she is able to pinpoint a possible culprit, then she is off the hook herself. With the help of her best friend and lawyer, Ani, Cassie will try to get to the bottom of this sordid case and escape her persecutors, the FBI and a mysterious woman, Miranda, who seems to know best about what truly happened back in Bangkok.

This is a very entertaining and amusing show that captivates your attention through its fast pacing and quick editing that provide the best frame for a crime story to unfold. The plot is not overelaborate and perhaps some of the story's events may seem to be a bit naive, but you are willing to overlook those imperfections as the series makes you laugh while at the same time keeping a certain level of suspense alive throughout. It's not easy to guess what comes next and as a wider conspiracy involving corporate secrets, smuggling, and hired assassins is revealed, Cassandra finds herself in impossible predicaments and she has to fight for her life while at the same time trying to keep her social and family life together. There are some short flashback snippets from Cassie's childhood where we witness her dysfunctional family life with an alcoholic father and an older brother who suffers from OCD, so we can comprehend her character somehow better and perhaps even identify with her. Cassie's drinking problem is one of her most dominant character traits and it more than often results in reckless behavior that puts her and the others around her in danger. Nevertheless, she is a stubborn and fierce fighter who is not willing to ever give up and her insistence pays out as she methodically collects the necessary information that will lead her to the truth about Alex's killing.

Kaley Cuoco is mainly known due to her participation in the Big Bang Theory and here she is delightful as the protagonist, a character who is funny and determined at the same time. Her presence is one of the show's heaviest assets, while there are some more popular actors in the cast such as Michiel Huisman (Game of Thrones. Harley and the Davidson's), Zosia Mamet (Spartan), and Michelle Gomez (Green Wing, Doctor Who). The visual aspect of the show is great and even though the setting is New York City, the audience can get a glimpse of some of the world's most stunning cities as Cassie is travelling around it. The first season features 8 episodes of 45 minutes each, so this is not an excruciatingly long show which means that the story doesn't drag on and on and there are hardly any tedious moments on screen. Every scene has its place in the grand scheme of things and even though some of the flashbacks revolving around Cassie's childhood my seem out of place, they are in fact essential to fully grasp the protagonist's idiosyncracy.

There are not many satisfying crime/comedies shows today and it's a relief every once in a while to watch something refreshing like The Flight Attendant. I have to confess that I was wary before watching the first episode, but the show succeeded in capturing my attention from the first few minutes and kept entertaining me until the last scene of the eighth episode. Furthermore, it's a completely binge-worthy show and one can devour it in just one or two sittings. If you enjoy watching suspenseful crime stories wrapped into a comical frame, then this is a show that you will certainly enjoy. I hear that the series was renewed for a second season so, hopefully, there will be more of Cassie's adventures soon on our TV screens. 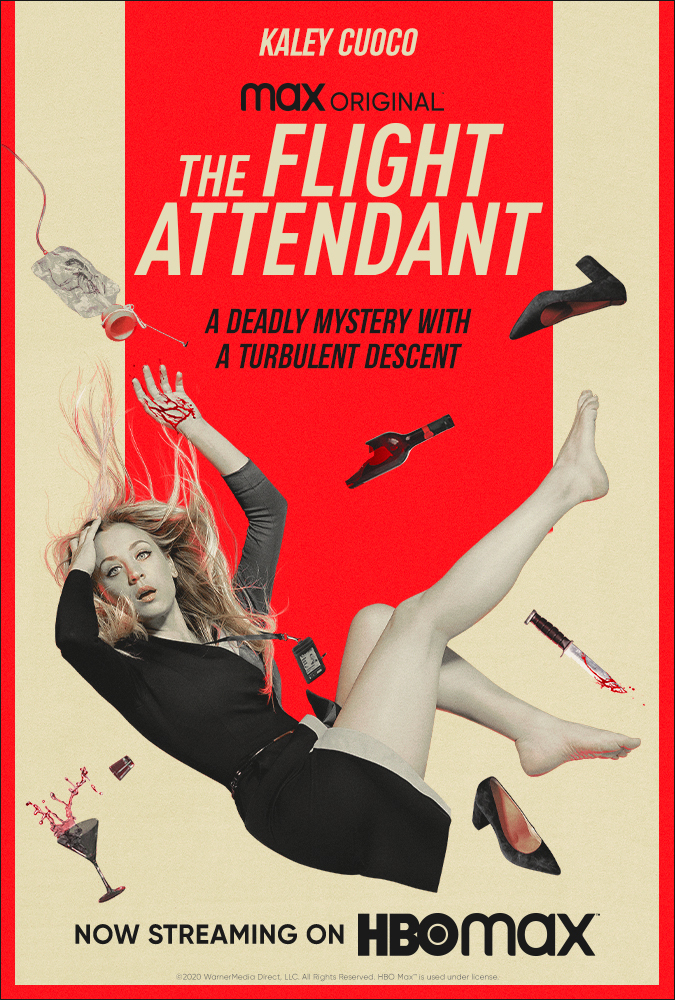