The Fall is a series radiating novelty and originality, while consciously avoiding the clichés of the conventional shows and succeeds in leaving its own distinctive mark in the genre's television productions history. The creator, director, and screenwriter Allan Cubitt draws a realistic portrait of a serial-killer who prowls the streets of Belfast and strangulates his victims in their own homes. The local population is terrified by those crimes and what ensues is a cat-and-mouse game between the authorities and the villain which escalates quickly to a battle of wits between the head of the investigation and the perpetrator. The story unfolds through the eyes of both of them and this boldness in the narrative style is what makes this show captivating and binge-worthy. The characters are neither glamorized nor vilified as we get to know them through their professional as well as their personal, everyday conduct. As a consequence, they feel true to life even if their actions deem them highly unlikable.

The story is completed in three seasons, consisting of a total of seventeen episodes, and in the opening the audience is thrown into the life of Paul Spector, a bereavement counselor who moonlights as a serial murderer at the cold nights of Belfast. Spector is struggling to balance his family life, being married and a father of two little kids, and his dark impulses that lead him to a string of attacks on young women. Everything seems to run smoothly until a new Inspector from England, Stella Gibson, enters the picture. Gibson is a brilliant and driven police officer who becomes obsessed with the "Belfast Strangler" case and follows every single lead in order to apprehend him. Her relationship with her superior officers is strained due to past events, but this does nothing to mitigate her resolve to get to the bottom of the challenging case.

This is the premise of the show's plot which unfolds in a rather slow pace as it is mainly focused on the characters of the two protagonists and their development over the course of the investigation. The Fall is, above everything else, a character study which dares to explore the dark side of human behavior as represented by Spector's character and the complexity as well as the contrast of human emotions as reflected in Gibsons's seemingly distant, nevertheless passionate attitude. Jamie Dornan gives one of the most memorable performances in a television series in the last few years, portraying a deeply flawed, nevertheless human character who is devoid of empathy, but for whom we sometimes, as the audience, find ourselves to even root for despite his depraved, callous actions. Gillian Anderson does a fine job in her role as Stella with her blunt and detached manner, but her performance is overshadowed by Dornan's impeccable acting. There are more veteran actors completing the cast such as John Lynch and Krister Henriksson who play secondary, though significant to the story, roles.

Cubitt turns the picturesque city of Belfast into a playground for the horrendous acts of a highly-intelligent assailant and the cinematography is accordingly gloomy, reflecting Spector's disturbed state of mind and the contents of his psyche. The interchanging perspectives of both perpetrator and persecutor intensify the drama and result in a kind of narrative equilibrium that allows the audience to assess the protagonists justly and accurately. The home invasion sequences are disturbing as we witness first-hand the horror of the victims, while we also marvel at the brutality of the assaults. There are also some subtler, nevertheless equally distressing, scenes where we observe the devastating impact of Spector's actions in the life of his family and his teenage admirer, Katie. The relationship between Spector and Katie is one of the most interesting aspects of the whole show as it shows how easy it is for a young, undeveloped mind to fall prey of a manipulative, twisted man.

This is a truly pessimistic show that doesn't offer any relief to the viewer, but this murkiness makes it even more compelling and fascinating. There are certain moral questions raised by the creator, having to do mainly with the nature of good and evil and the perception of the criminal by the authorities and the media. There isn't even the faintest glimmer of hope or any sign of redemption for the protagonists who are involved in this case. The finale is shocking, though fitting with the overall mood of the series. I haven't' seen many Irish television series but The Fall made me curious enough to search for more productions originating from this beautiful country. If you are tired with the formulaic Netflix crime shows, you should definitely give this one a try and you will not regret it. 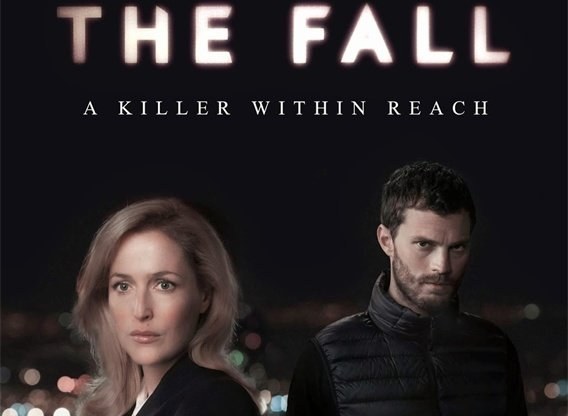