Book of the year! 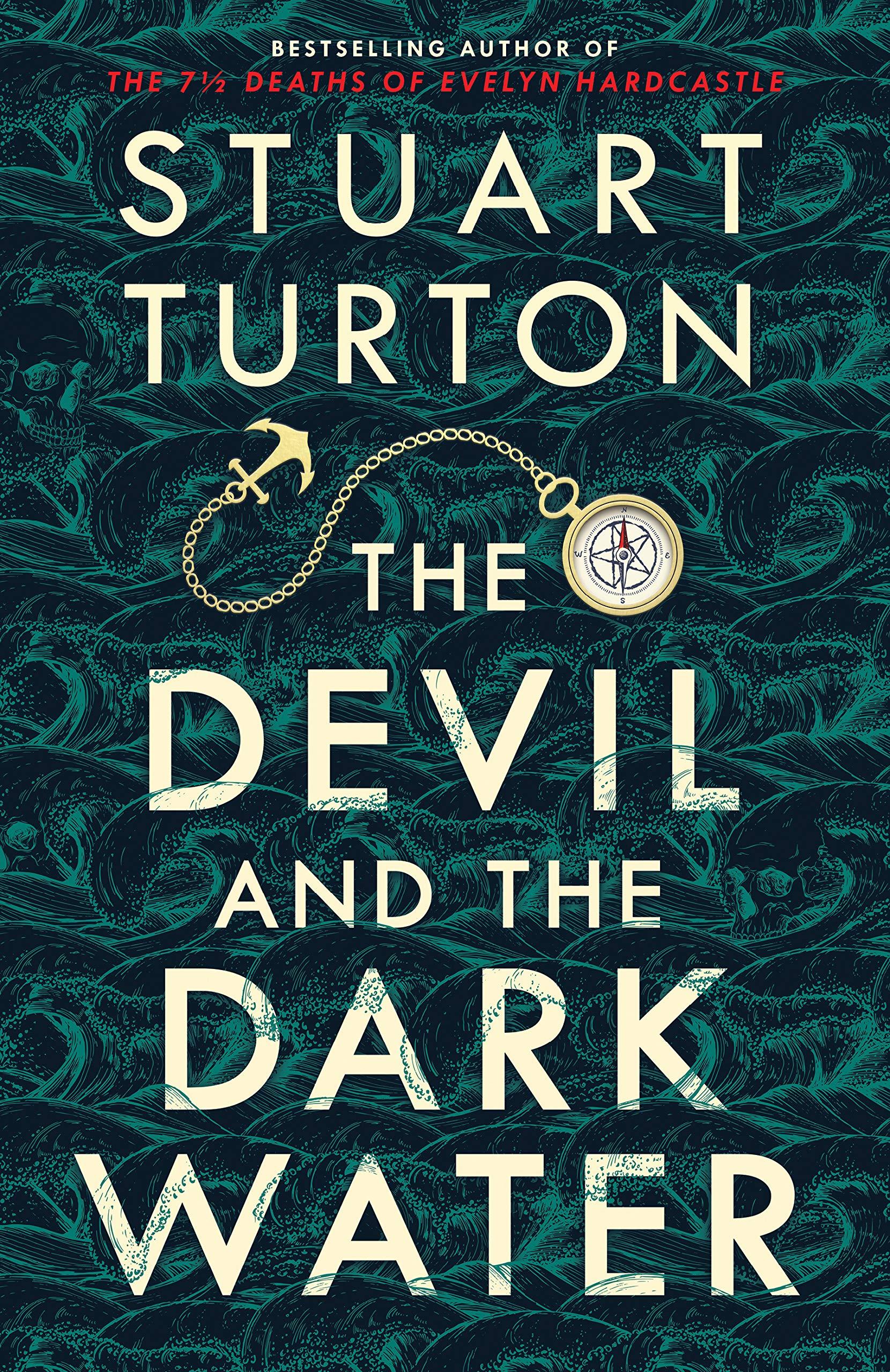 Stuart Turton's debut novel, The Seven Deaths of Evelyn Hardcastle, was a massive commercial and critical success and established the English author as one of the most inventive and original crime writers of our era. The novel won the Costa Book Award for First Novel (2018) while it was also nominated for the Longlist of the prestigious Theakston Old Peculier Crime Novel of the Year (2019). The Devil and the Dark Water is Turton's second book and bears many of the traits that made his first writing attempt a much-discussed, bestseller. There is a mixing of different genres such as murder mystery, thriller, suspense, and whodunit with splashes of horror as well as hints to supernatural/paranormal intervention embellished in the text that makes for an unforgettable reading experience. The characters are so well-drawn and three-dimensional, regardless of whether they are likable or not, that the reader can immediately identify and root for. Furthermore, the representation of an era is magnificent as the setting of the novel is the year 1634, and the author succeeds in bringing to life a long-gone epoch with all its peculiarities and hardships. The suspense element is handled masterfully as Turton knows how and when to reveal crucial plot ingredients, keeping the reader on the edge of his seat, always guessing and trying to work out what is actually happening in the ship. The book feels like watching a season of the popular TV show Game of Thrones, combined with an Agatha-Christie-like plotline.

Samuel Pipps, a world-renowned detective is sent from the town of Batavia to Amsterdam in order to be tried for an undisclosed crime he committed. His trusted friend and bodyguard, the mercenary Arent Hayes is traveling with him to ensure his physical integrity during the long trip. Along with them on the ship, there are significant others such as the governor-general Jan Haan, his wife Sara and daughter, Lia, his mistress with her two sons, and his chamberlain, Vos. The crew of the ship, called Saardam, consists of the Captain, a first mate who is a malicious dwarf, a gigantic boatswain, Johannes Wyck, and a bunch of sailors spending their time fighting with each other and gambling. Before the Saardam sails off, a leper with a maimed foot and a cut tongue appears in front of everyone and announces that the ship is damned and the demon will be traveling with them. As soon as he finishes his ominous spiel, his bandages are set on fire, and Arent, out of kindness and pity, finishes him off with Sara's help.

Both Arent and Samuel are shaken by the incident and they are convinced that something truly sinister is at play. On the other hand, the governor-general's wife pleads with him to cancel the trip and return to Batavia. Nevertheless, Haan is a stubborn patriarch who won't take orders from a woman and he is determined to reach Amsterdam in order to deliver Pipps to a group of people, called Gentlemen 17, that will decide his fate. But, when a mysterious symbol appears on the sail, a predikant who is aboard Saardam will inform Sara that it signifies the presence of a demon, called "Old Tom" who tormented the Provinces thirty years ago. Arent has a personal involvement with this case as the same symbol is etched on his wrist. The predikant also tells Sara that Old Tom usually possesses the body of a human being and uses it as a shell to dispel pain and suffering to those surrounding him. With Samuel imprisoned in a dark hole below the deck, Arent will have to collaborate with Sara to uncover the devil's identity before he sinks Saardam and kills everybody on board

The Devil and the Dark Water is by far the most imaginative mystery novel that I've read this year and it scores highly on every aspect. The plot is dense and the story moves forward in a steady, not too fast, not too slow, pace that allows for the characters to develop naturally. Everyone aboard the ship knows something more than they admit about the case at hand and it relies upon the protagonists' wits to unearth the truth about the strange events occurring during the sail to Amsterdam. Many mysteries and questions are revolving around the central mystery and Arent will have to "borrow" some of Samuel Pipp's unparalleled brilliance to get to the bottom of the case. I believe that this novel will be a much bigger success than the English author's debut and I've already voted for it in the Goodreads Choice Awards for 2020. Turton is nothing less than a genius and his work is deemed to be considered classic in the years to come. Thank you Stuart!