A bit worse than the "Dark Iceland" series, but still entertaining. 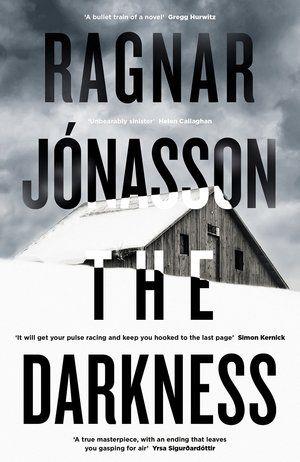 Let me begin by saying that I've greatly enjoyed the Dark Iceland series written by Ragnar Jonasson and I honestly believe that the setting of the novels in Siglufjörður was one of the most interesting places for a good thriller or a classical whodunit to unfold. I also think that the protagonist, Ari Thor, was one of the most amiable main characters in the Nordic Noir genre in general. So when I heard that Jonasson is beginning a new series of books, titled Hidden Iceland, I was eager to wait for the publication date in order to purchase it.

Overall, I cannot claim that the book disappointed me, but I enjoyed the previous series novels a bit more. We are introduced to a new protagonist, Hulda Hermannsdottir who does not resemble Ari Thor in the slightest bit. She is an old-school detective, in her mid-60s and on the verge of retirement who is carrying a troubled family history which is revealed to the reader in a slow-tempo until the last pages where we get the full picture. Hulda is asked by her boss, Magnus, to clear her desk in a two weeks time and during this short time, she could choose any cold case she wanted to reopen and re-investigate. Hence, Hulda decides to search for the truth I a seemingly clear case involving the suicide of a young woman, an asylum-seeker from Russia. and the plot begins.

I found Hulda's characterization to be very thorough and well-written in a way that the reader has to evaluate and re-evaluate his own feelings toward the protagonist, At the beginning she seems to be a character that we, as readers, can truly empathize with, but as we gradually learn more about her bleak past a lot of question marks are raised. The main drawback in this novel is that the story is not engaging enough and I found myself quite indifferent to what happens next in this simple plot which is nothing like the Dark Iceland ingenious plotlines that I enjoyed. The ending is quite ambiguous and leaves the reader a bit dumbfounded, but I hope for a second book to clarify things. Ragnar Jonasson is a gifted character who knows well to create a chilling atmosphere through his great descriptions of places and characters. I truly hope that the next book will be better than this one.

If you are fans of Scandinavian and, more specifically, Icelandic Noir, you should check out The Darkness as it is written by one of the most important Icelandic crime fiction writers.